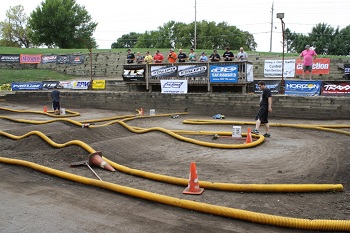 This past weekend I attended the Hobby Haven 2012 Off-Road Shootout in Urbandale, IA.  Over the years this race has grown from a simple local trophy race to an annual event that draws in several racers from around the region and beyond.  This year was no different as they saw a record 281 entries from Nebraska, Missouri, Illinois, South Dakota, Ohio, Wisconsin, Michigan, Florida, and of course Iowa. 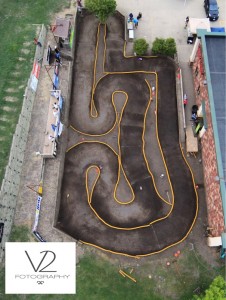 The race format called for controlled practice on Friday, three rounds of rocket round qualifying on Saturday, and finally all the mains on Sunday.  For the 2nd year in a row only electric classes were offered, and there were 10 classes to choose from overall.  The largest class to compete in was Modified 2WD Buggy with 39 entries and Stadium Truck continued to make its comeback as it was offered in both Stock and Modified classes. 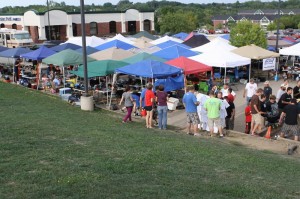 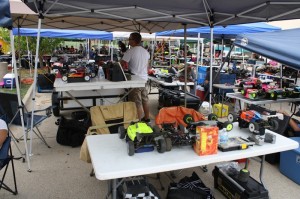 On Friday morning racers started to arrive at the track as the temperatures reached into the 90’s.  The Hobby Haven parking lot slowly transformed into a tent city as several racers setup their E-Z Up tents. 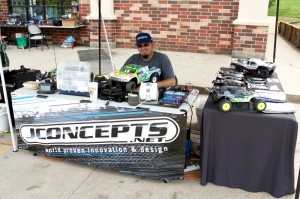 That morning also marked the arrival of JConcepts pilot Dave Duncan who made the trip to the Shootout from Florida.  JConcepts was the Shootout’s title sponsor for the 4th year in a row and they flew Dave in to provide product support the entire weekend.  Dave is also a seasoned racer and he helped many drivers with setup questions, and also competed in three classes that weekend. 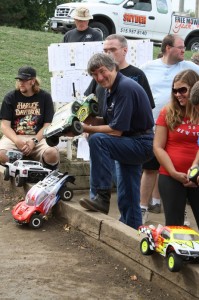 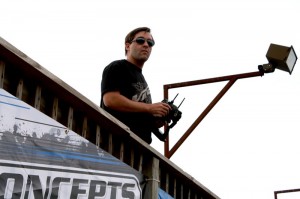 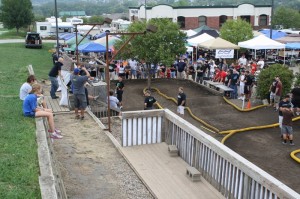 On Saturday the weather cooled off into the mid 80’s with some slight wind gusts from time to time.  After a brief driver’s meeting qualifying began around 9:30am.  With 281 entries it meant a long day of racing, but racers were eager to meet the challenge. 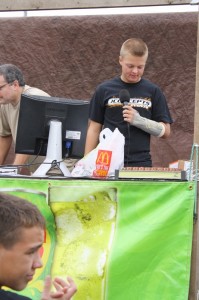 Nick Lyle was in charge of calling the races that weekend and he ran a tight ship as he kept the program moving along that day.  Between heats marshals would grab a broom to quickly sweep their area of the track and the Nick would fire off the next heat in less than 2 minutes. 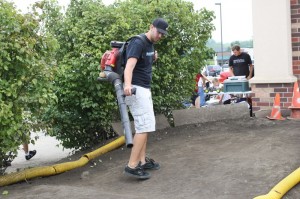 At the end of each round there would be a 15 minute break to blow and sweep off the dust, and then the track would receive a splash of water. 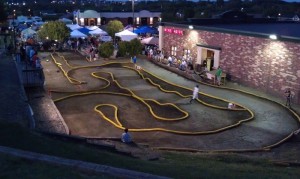 As we raced into the night the fastest times came in the 2nd round of qualifying and we finished all the qualifiers just shy of midnight. 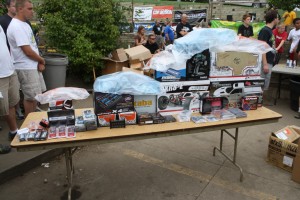 On Sunday racers gather around for a quick driver’s meeting and then it was on to the door prizes.  Thanks to the Shootout’s many, many great sponsors (43 in all) racers were treated to over $10k worth of product that morning. 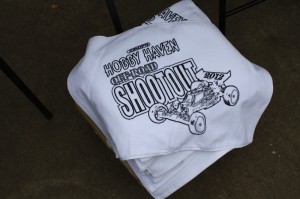 Along with the numerous door prizes JConcepts gave away free event t-shirts and each paid racer received a free commemorative pit towel.  It took over an hour to give away all the great gear but by 10:30am the 1st A Main was under way. 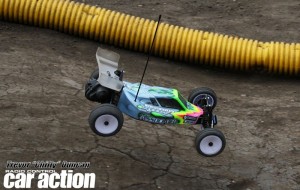 Both the weather and racing was hot on Sunday. In the end 9 out of 10 top qualifiers went on to win their respective classes, and only three classes had to race a 3rd A Main to determine the overall winner. 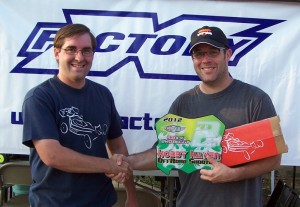 In the Stock 2WD Buggy class Justin Dewey was the highest finishing driver who didn’t already have a chassis sponsorship so he picked up the free X Factory X – 6 Squared conversion kit. 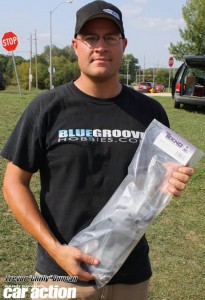 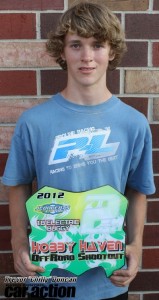 And in the 1/8 Electric Buggy class David Fast was the lucky winner of the free Tekno RC V4 brushless kit, and Dakota Feely was awarded the Tekno RC sponsorship.

We finished the last main before 7pm and the entire event was huge success.  At the rate that this race is growing most likely they will see over 300 entries next year, and I can’t wait to be a part of it! 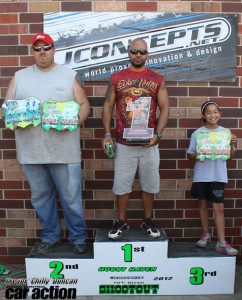 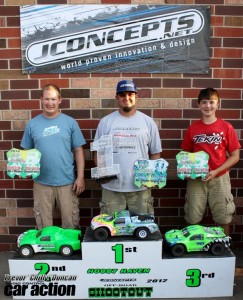 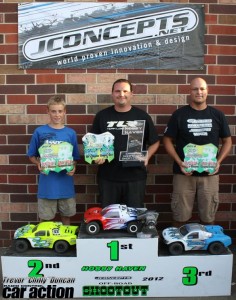 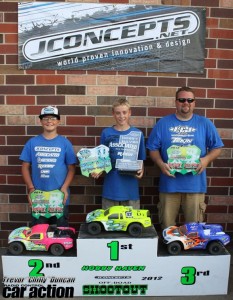 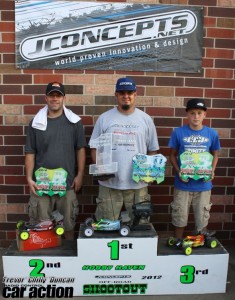 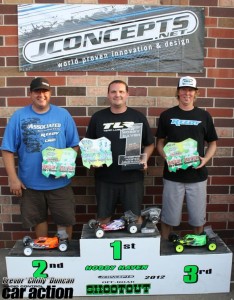 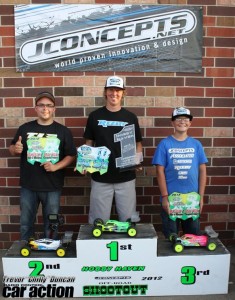 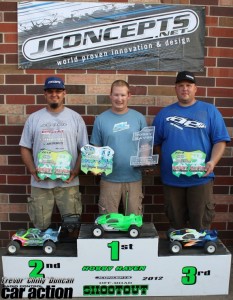 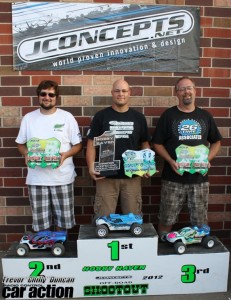 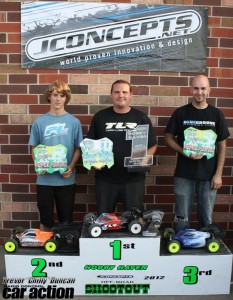 If you like this article, check out this additional article on Online Race Coverage.