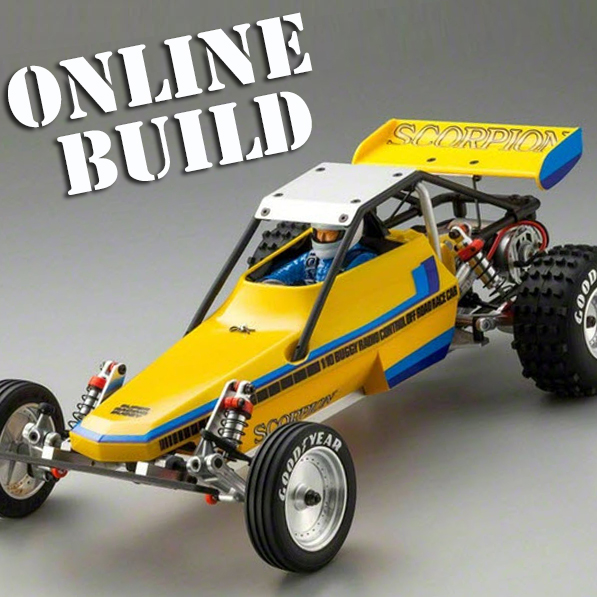 Behold, the unboxening! Our next Online Build gets underway as we crack open the 2014 Kyosho Scorpion, the much-anticipated re-release of the groundbreaking 1982 machine that would go on to be the first ROAR National Off-Road champion. 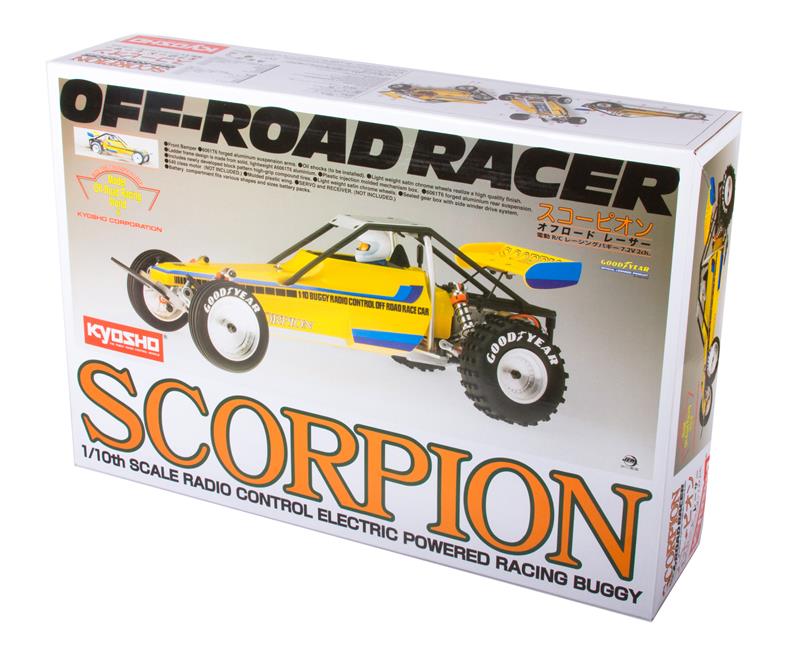 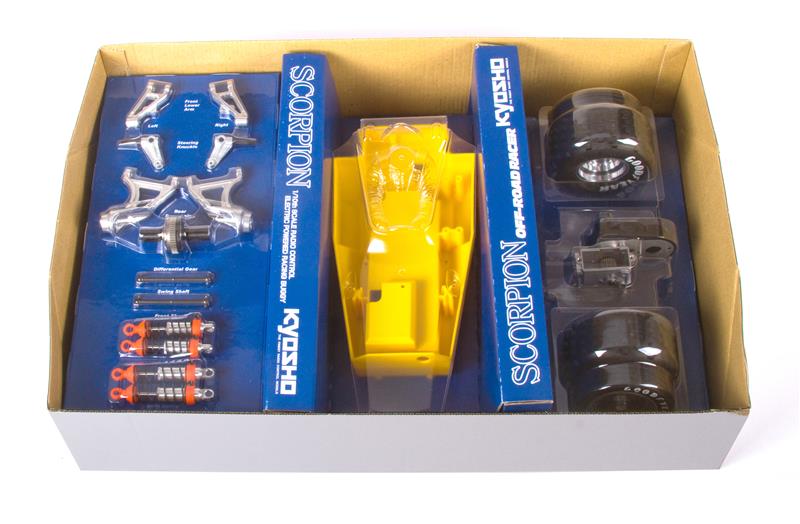 Lift the lid, and you’re greeted by neatly arranged display trays of blister-packed parts. That’s not a blister over the chassis tub, though; that’s the lexan body. 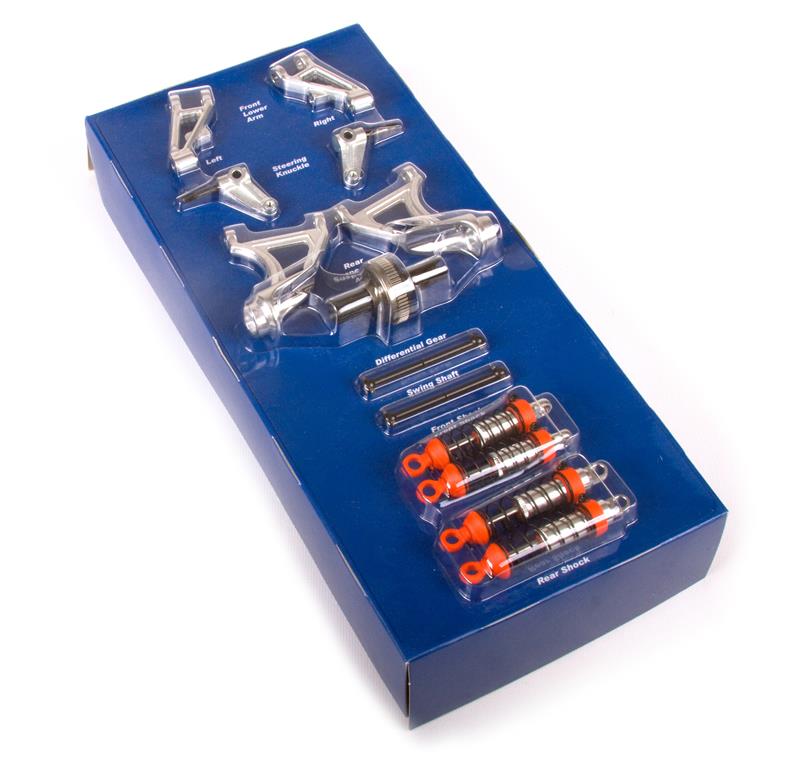 Beautiful suspension castings, gear differential, dogbones and assembled shocks are found on the left tray, with the parts bags tucked beneath them. 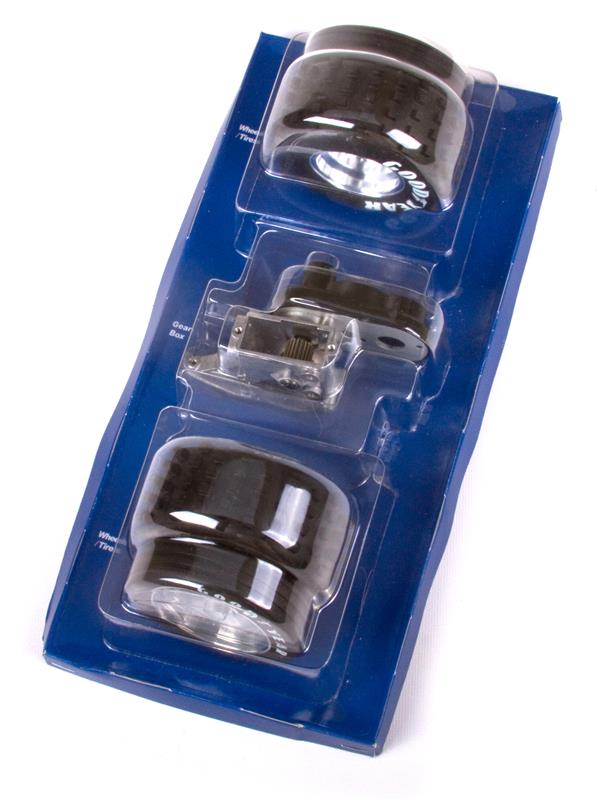 The right tray captures the mounted wheels and tires, and the mostly-assembled transmission.

The Scorpion looks like it will be a quick build, based on the number of parts. 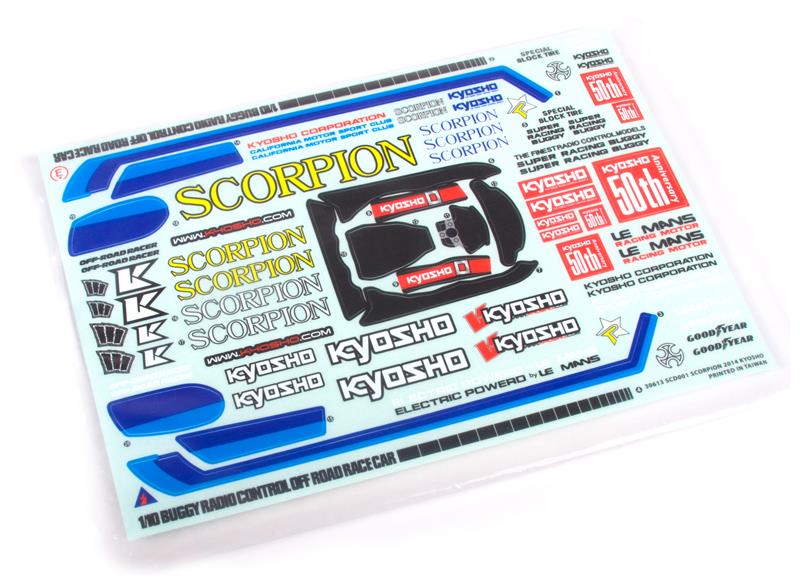 No paint is required to get the box-art look, you can do it all with the included decals. There are even decals to black out the cockpit around the molded-in driver torso. 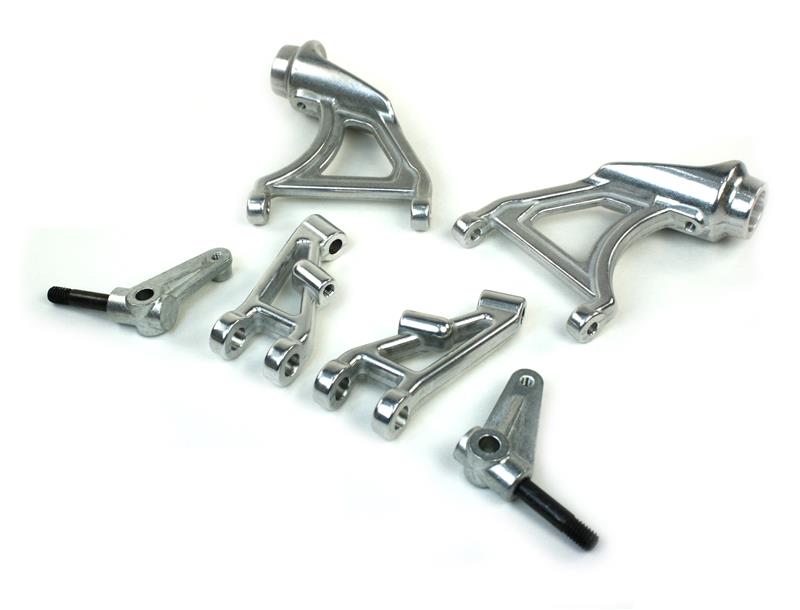 Here’s where the Scorpion literally shines. The suspension components are like bits of jewelery. 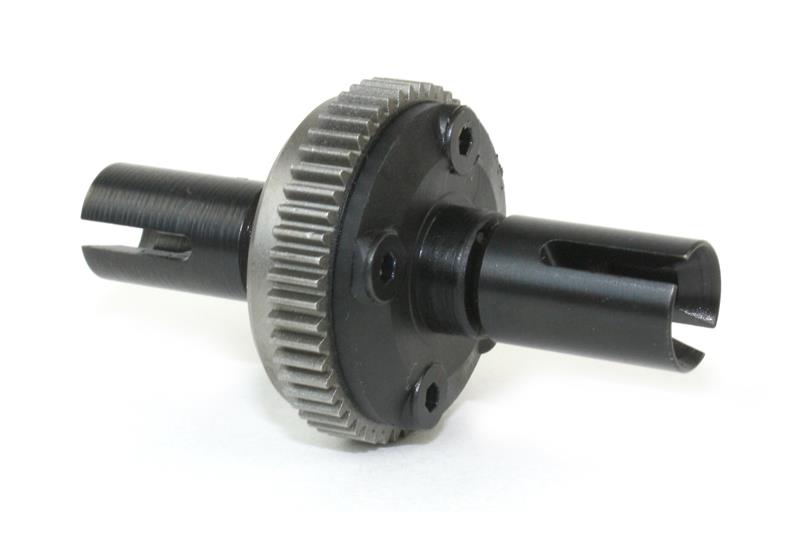 The gear differential is assembled for you. It’s greased from the factory, but is sealed via a gasket and o-rings to hold oil.

The transmission arrives just like this, shown here from the left and right sides. The unusual (by today’s standards) design has a single mesh within the gearbox, with most of the action happening on the motor plate. A slipper clutch is a new addition for the 2014 model, and the gears are now 48 pitch. 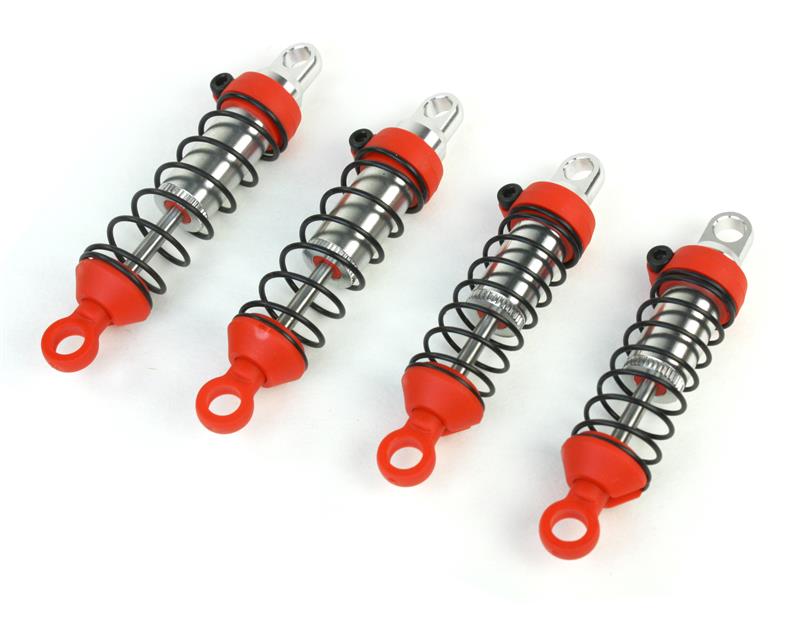 The aluminum shocks are assembled and look just like the ’82 dampers, but the plastic parts are improved. The shocks fill from the bottom (oil is supplied) and Kyosho includes a wrench for the knurled seal catridges. 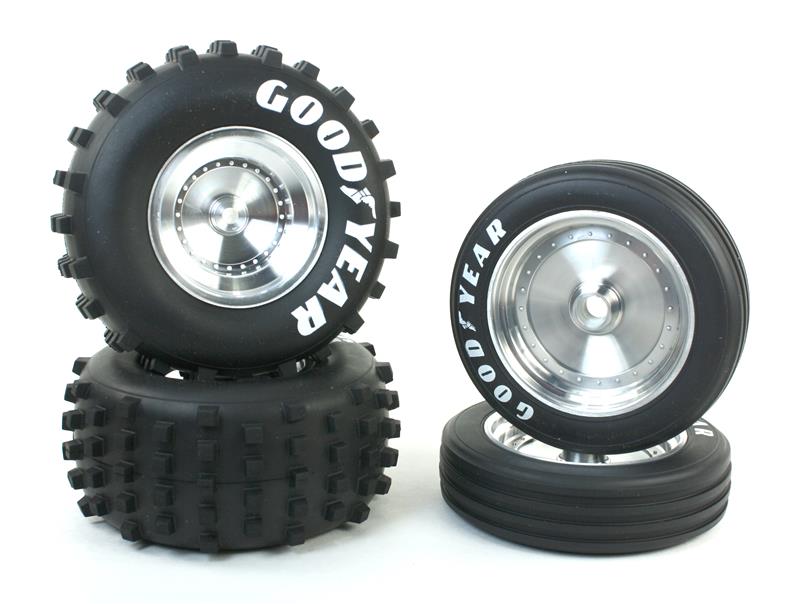 The Scorpion’s plastic rims are dead ringers for machined aluminum and look great with their screen-printed Goodyear logos. The rear tires are very soft and supported by foam inserts, while the front tires are very hard. 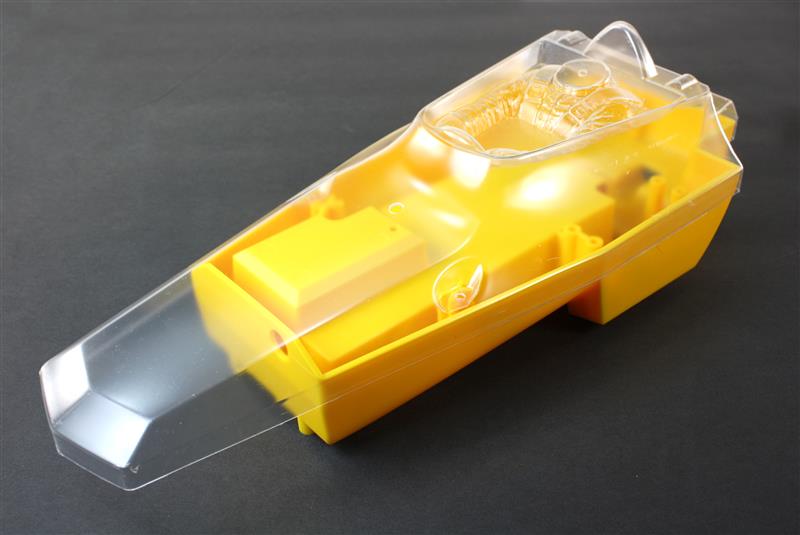 The lexan upper body fits snugly over the chassis tub. The tub is more of a container for the battery and electronics than a structural part; the real heavy lifting is done by the Scorpion’s aluminum chassis rails, which we’ll see coming together next!