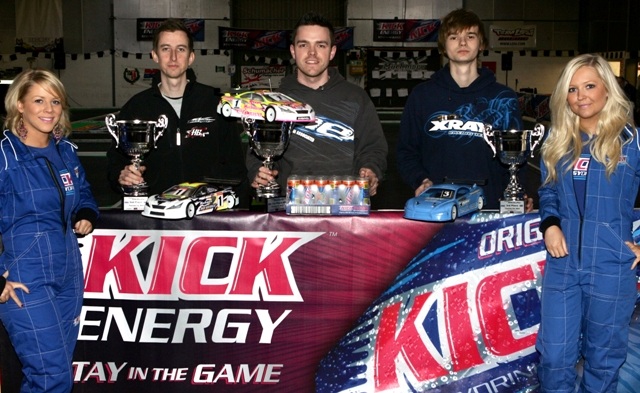 Reedy factory driver Olly Jefferies wrapped up the winter racing season with a TQ and win at the final round of the Kick Ardent Winter Series.

Due to the large number of top drivers competing, the Kick Ardent Winter Series has quickly established itself as the UK’s premier winter touring car championship. The permanent indoor venue has seen some great racing over the winter months and last weekend saw the exciting sixth and final round.

Olly Jefferies went in to the round with the modified title already in his pocket but was looking to end the series with a maximum score. Starting from the pole position, Olly drove his Reedy-powered Team Associated TC6 to victory in both legs of the A-final ahead of a hard-charging Andy Moore. So a perfect score for Olly and a perfect end to his winter racing season.