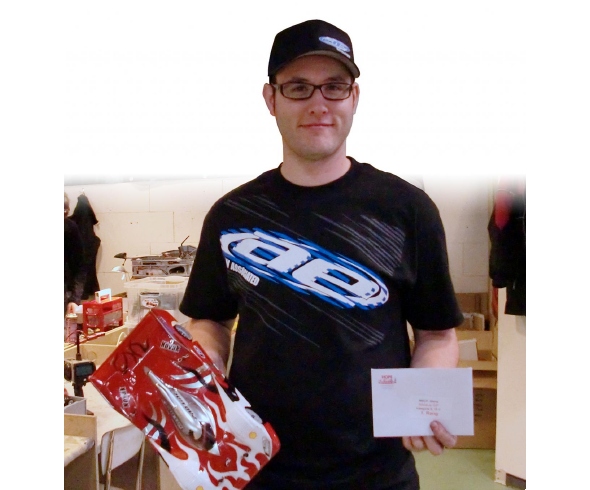 The Niklaus GP is a well-known Grand Prix in Switzerland with team drivers such as Daniel Fankhauser, Noldi Baumann, Markus Greter, and Olivier Merminod participating. In the 1:12 category we expected a rousing fight.

HRC team driver Olivier Merminod showed excellent speed in practice with his Associated RC12R5.1. He, Noldi Baumann, and Daniel Fankhauser appeared to be the favorites going into qualifying. The schedule called for three rounds of qualifying with two of the best runs to count.

Although Olivier had a small crash in the second run of qualifying, he was able to push his RC12R5.1 to best results. When qualifying was completed, Olivier managed to secure the pole position.

In the A-Main runs Olivier stayed on the top; although he had some small mistakes, he reduced the gap to Daniel Fankhauser quickly and replaced his RC12R5.1 on the first position three times.

Thanks to S. Hartweg of HRC Distribution for this report.