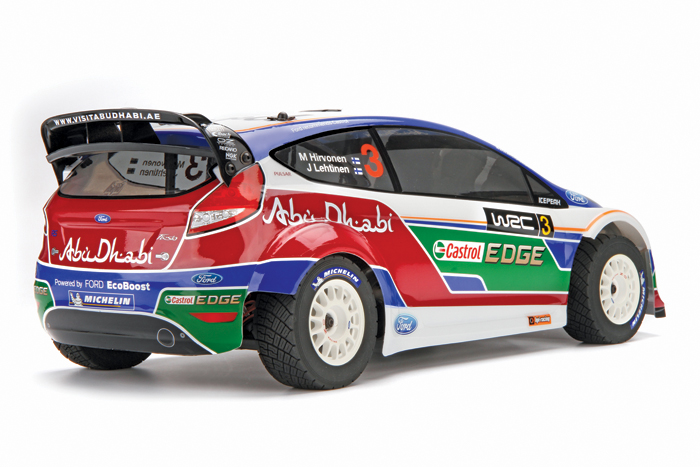 One of the most exciting motorsports in the world is rally racing, sometimes referred to as “special stage rallying.” Typical road-going cars are modified and raced against the clock down narrow, off-road trails at speeds that can only be described as suicidal. As if that wasn’t cool enough, there’s a radio-controlled version of the sport as well. Let’s have a look.

So, what’s the deal?

There are several key differences that set rally racing apart from other forms of motorsports. To begin with, rallies almost never take place at actual race tracks; they are run on forest trails, gravel paths, logging roads, etc., that are known as stages. Although on-road (aka “tarmac”) stages are fairly common, the majority of rally racing takes place on unpaved surfaces. Additionally, most rally stages are not circuits. Instead, they tend to be much longer than a typical race track and are run point-to-point, which means many more corners and quite a bit more difficulty to learn the racing line. As you might imagine, point-to-point racing can be a bit challenging to deal with when it comes to the RC version of the sport. Rock crawling often follows the same format, but crawlers are considerably slower than a typical rally car and are much easier to keep up with. With rally cars, however, drivers must run alongside their vehicles as they traverse various stages. Yes, you read that correctly: You run while driving an RC car. It’s a tricky skill to master but hey, at least you can skip going to the gym on race days.

RC rally cars are a lot like their full-size cousins. They often start life as on-road cars and are modified to handle rough terrain. Extra travel and ground clearance are coaxed out  of the suspension, shock oil and springs are swapped, and knobby off-road tires are fitted. Although this whole concept seems a bit weird at first, the overall proportions and characteristics of a rally car chassis are very similar to what you’d see on a 1/8-scale buggy, which means that rally cars handle loose surfaces much better than you might think. When all is said and done, a rally car can tackle at speed terrain that would put a lot of dedicated off-roaders to shame. Driving an RC rally car is a lot like driving a 1/10-scale 4WD electric buggy, only with stiffer suspension and a much cooler-looking body. Rally cars don’t do quite as well on ruts and bumps, but they handle corners like a dream. Drifting was inspired by rally racing, so if you’ve ever driven a drift car you know exactly what to expect. Kick out the rear end, feather the throttle, and power slide your way through the apex. It’s beautiful.

If you have a pulse, you probably already want one of these things. Converting an on-road 1/10 4WD sedan isn’t a bad way to go, but conversion parts can be hard to find sometimes. You can also try picking up discontinued model such as the Losi Rally Weapon—even though it’s a bit older, it can still tear up the stages with the best of them. If you’d prefer something a bit more up to date, Tamiya offers an out-of-the-box option with its popular DF-03Ra. Finally, if you want something a bit larger (and a bit more nitro) then check out HPI’s killer WR8. It has the looks, the power, and the wow factor to really make heads turn. Now that you’ve got your ride, it’s time to start rallying. Put on a comfortable pair of running shoes, find some rally stages to run on, and have a blast. Better yet, hook up with a local club (or start one of your own!) and see how you stack up against the competition.