Check out the latest .21 engine from O.S. Engines. It’s called the Las Vegas edition and it features a stars and stripes design that represents its five world championships. We need more engines that look as good as this one!

A limited-run version of the IFMAR Worlds-winning icon!

This unique version of 1/8 scale racing’s most iconic power plant sports five stars and stripes on its cylinder head—each one representing an O.S. IFMAR Worlds victory.

In addition to the distinctive design, the Speed B2101 Las Vegas Edition features the same trophy-taking performance, predictable handling and stability as the original, which has been trusted by champions all over the world.

Like all O.S. engines, the Speed B2101 Las Vegas Edition is designed and manufactured with the highest-quality materials, matched by the industry’s premier standards. Celebrate the IFMAR Worlds Championship’s return to the U.S. with this exciting engine. Supplies are extremely limited. Grab yours now, before it disappears!

O.S. has won FIVE World Championships — more than any other engine manufacturer.

These are the drivers who took us to the top of the podium: 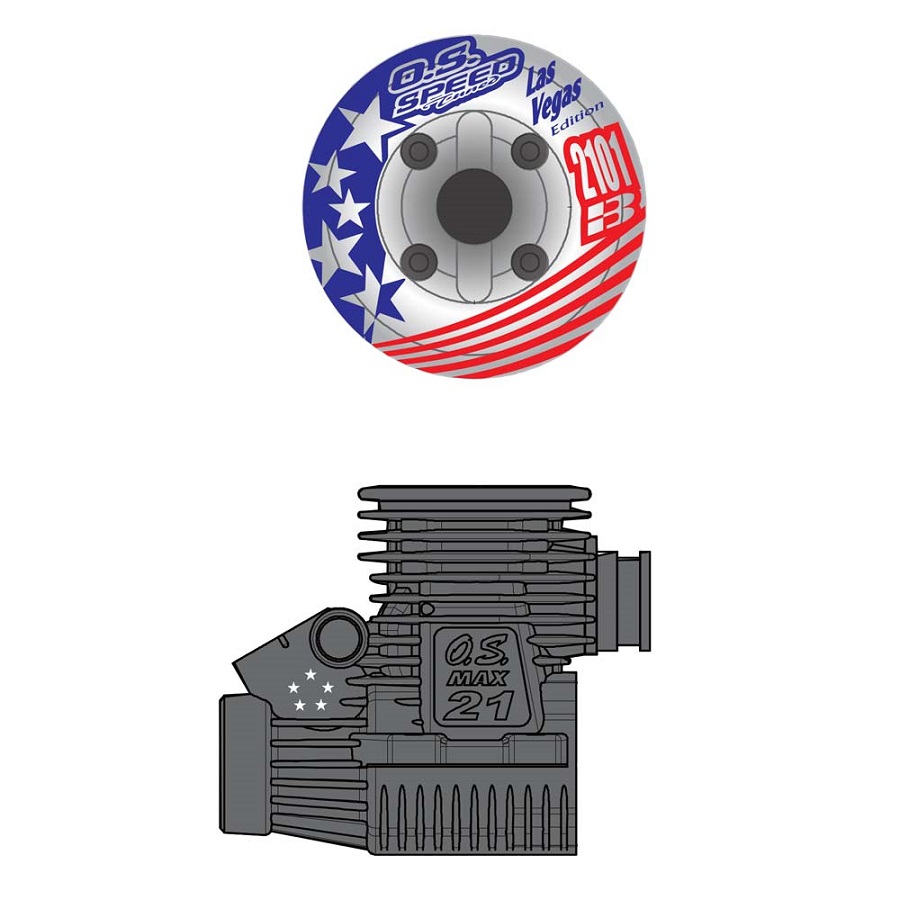