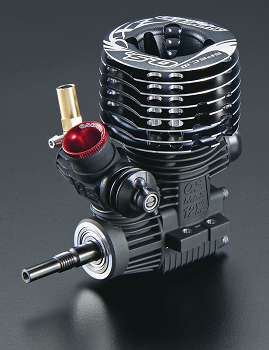 This new engine is packed with features like a new cylinder liner and piston for more torque and fuel mileage, plus a redesigned head button for better performance and improved acceleration. Check out all the details in the press release below:

O.S. engineers have taken superior Speed Spec performance to the next level! In addition to smoother acceleration from idle to full throttle, the 12XZ Speed Spec III also has increased low-to mid-range torque. Drivers will still enjoy the same impressive top end speeds that 12XZ Speed Spec engines are known for — with the bonus of improved fuel mileage. In fact, acclaimed on-road champion racer Takaaki Shimo utilized all of the 12XZ Speed Spec III’s advantages to claim victory in the 2012 Japan Nats!

If you like this article, check out this additional article on O.S. Engine.