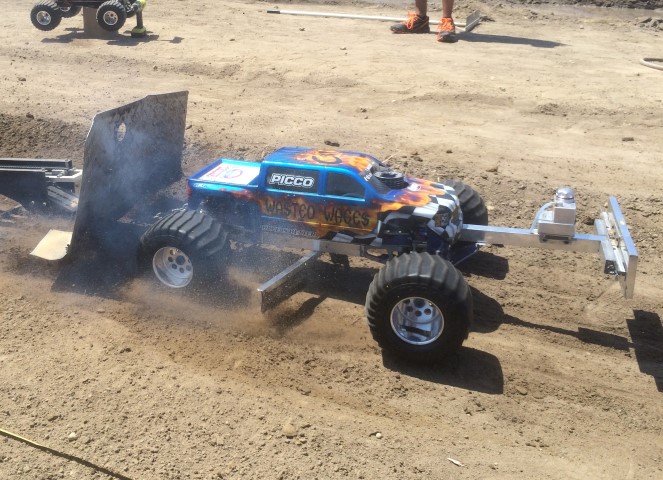 Racing was cut short last night due to the darkness coming in before the guys were done so today started off with more racing action. The morning was packed full of Nitro Monster Truck, Electric Monster Truck and Solid Axle side by side racing. Again the racing was close and there was nothing cooler than watching all the solid axle trucks doing battle. It was as if we were watching mini Monster Jam action. While the racing was going on, a second track was built, the sled was busted out and the truck pullers flexed their muscle. These guys easily had some of the craziest trucks at the event and were pulling up to 100 pounds of weight with little effort. Dennis Anderson and Grave Digger came from mud racing and that is a growing part of the No Limit RC World Finals. Today the guys ran their high powered trucks through a course and mud pit called the Hill and Hole which is a similar event that is held down the street at Dennis Anderson’s Muddy Motorsports Park. 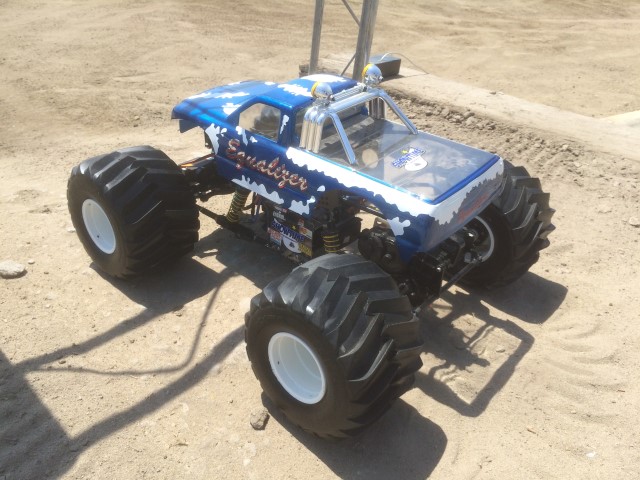 The solid axle trucks made up the biggest class at the event and they were the last racing class of the weekend. 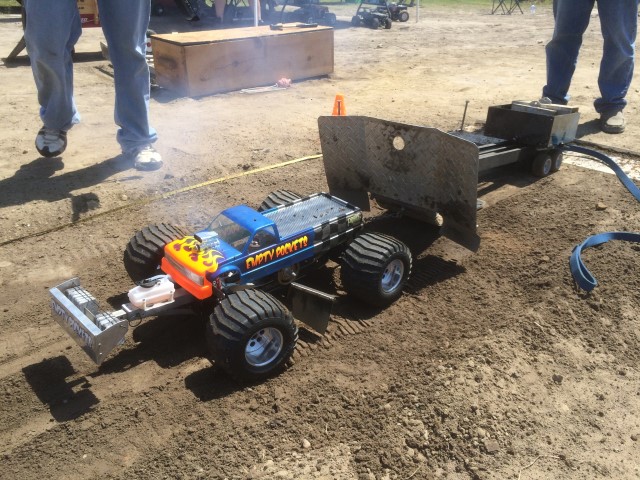 Here a nitro powered puller gets the smoke rolling as the tires dig in and pull that heavy sled down the track. 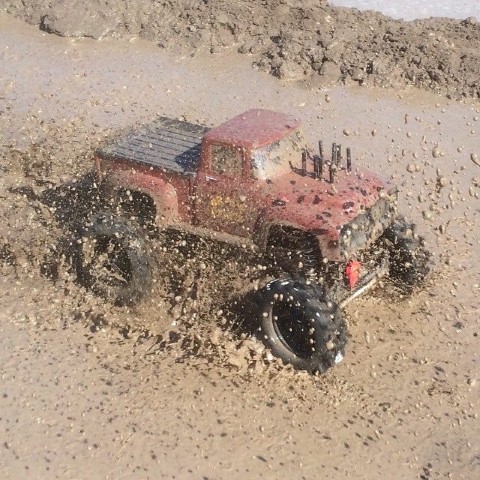 Here’s a replica of Dennis Anderson’s first Grave Digger mud truck and like the full-size truck this one attacks the mud like nobody’s business.