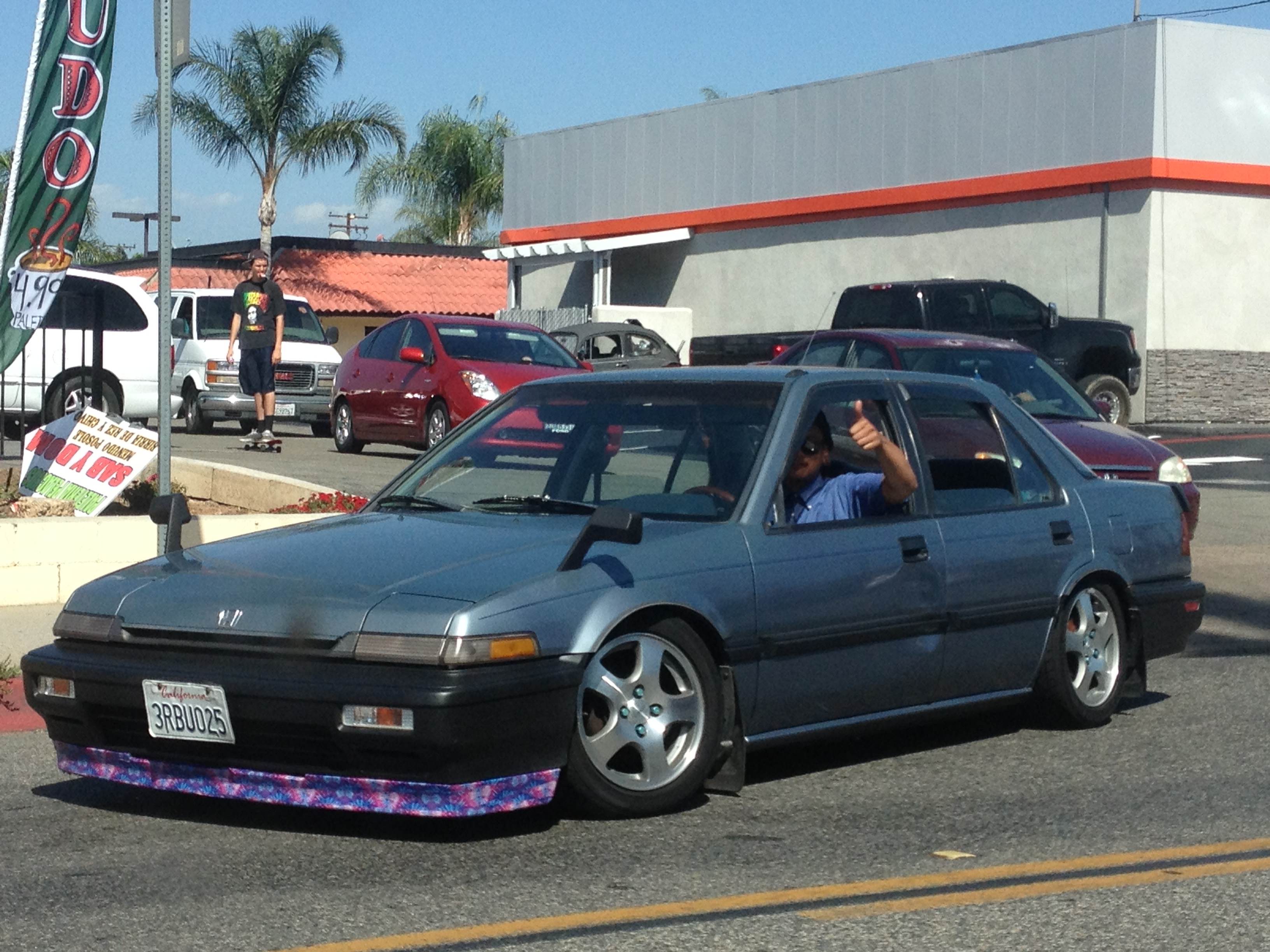 When I saw this car pulling out of a driveway while crossing town on my way home from a photo shoot, I stopped laughing just long enough to snap this photo while parked at the stoplight (which still would’ve been enough to earn me a ticket for using my phone). I’m not sure the driver knew I was laughing at him and not with him, but I appreciated him posing for the photo. After I got home, though, the subject of this blog popped into my head.

As funny as I found it that this guy’s car had the side mirrors mounted on the front fenders, with a sweet flower print front valance to match, it was just another example of how proud car owners are not afraid to change their favorite rides in order to stand out from the crowd. What happened to RC’ers modifying their cars?

For much of this industry’s infancy, and especially when racing ruled the RC world, hand modifications were as common as spare tires. In the early days these mods were just as much out of necessity as they were to gain an advantage, with experienced builders looking for tricks to make the cars work better out of the box. Even as car designs progressed through the 90s racers fabricated their own shock towers, made arm guards, and fitted parts from other kits while looking for any extra speed they could find. My first touring car, a Kyosho TF-2 (yes, even I raced on-road at one time!), had a custom fiberglass chassis that my father and a friend cut to use saddle packs rather than a transverse stick pack like most sedans of the era.

Fast forward over fifteen years (with less than a week until my birthday, typing that sentence made me feel old) and you’d be hard-pressed to find anything modified by hand in your local pit area. I think this change in the hobby sprouted from two main causes: today’s kits are better than ever before, and the popularity of RTR’s and rollers has come at the expense of that do-it-yourself attitude.

Sure, every once in a while we get a radically transformed vehicle submitted for Readers’ Rides, and the attention to detail involved in building an awesome scale rig is jaw-dropping, but I miss the days of showing up to the racetrack and checking out the custom front shock tower and borrowed shocks that the racer across the pit table installed since the club race the week prior. Which reminds me, I have an idea…

What’s your favorite mod that you’ve made for one of your cars?