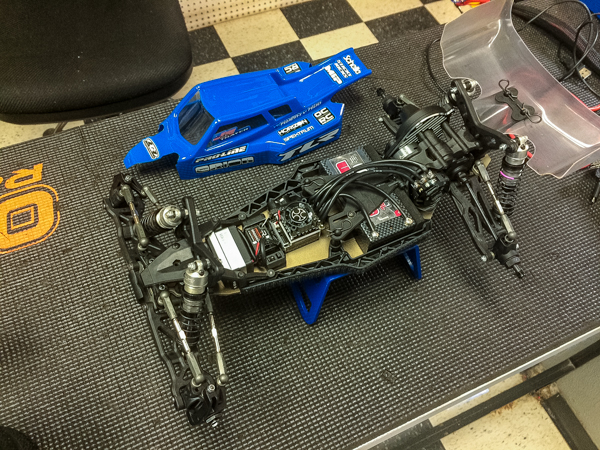 The electric off-road racing scene has been given quite a big shake up with TLR releasing their new 22 3.0 2WD buggy. The buggy isn’t just a new version, but almost a completely new platform with a host of very interesting features. We got a VIP invitation to go to OCRC Raceway in Huntington Beach to get a more in-depth look at the testing going on by TLR Factory Team Drivers Jake Thayer and Kevin Motter. Like kids in a candy shop, the drivers were having a hard time containing their smiles and were already pushing fast laps and commenting that the buggy was much easier to drive, with stable handling and faster corner speed.

The new TLR 22 3.0 is prepped tp hit the track at OCRC Raceway in Huntington Beach, Caifornia. Jake Thayer (buggy shown) and Kevin Motter received the buggies and extra parts and meticulously prepared them. Last night they were able to start putting them through their paces and tuning them for the famous dirt. The body also had a lot of engineering development time spent on it. Thayer opted to run the buggy without the removable center stabilizing fin, while Motter tested with it. 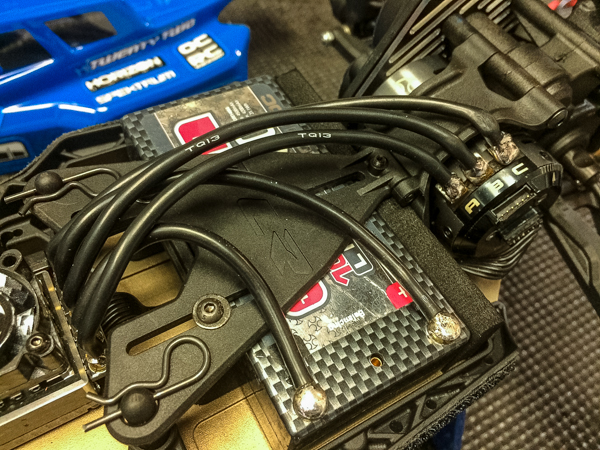 A look at the new battery area that allows users to position a shorty pack in various locations for weight bias tuning. Unlike its predecessor, this new 3.0 is mid-motor specific. 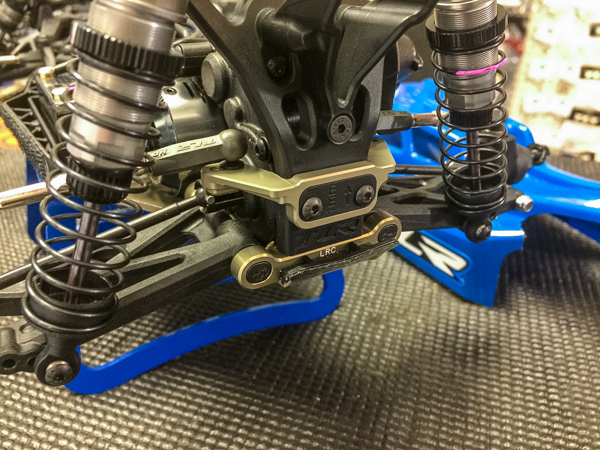 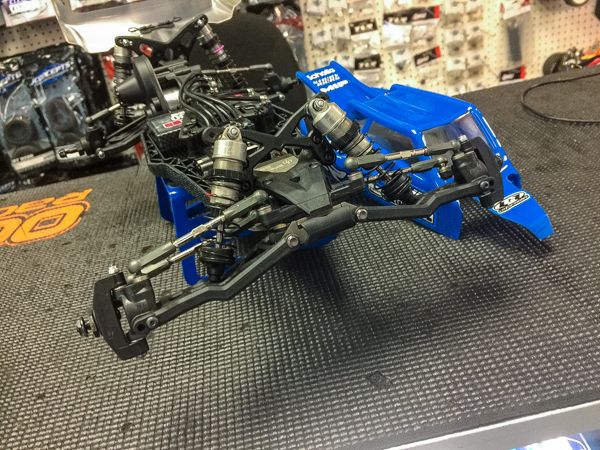 The front of the buggy shows major changes including new front arms with unmistakable looks that have functional design.