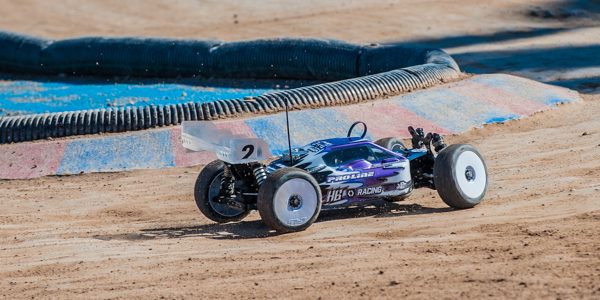 The 2016 IFMAR 1/8 Nitro Off-Road World Championships is often a place to debut new products and Pro-Line has a few very interesting things for their drivers to help turn lower lap times. Their new Electroshot tire is being used by drivers like Ty Tessmann and is a combination of their classic Electrons and Holeshots. The tire is available in M3, M4, X3, X4 compounds and according to Pro-Line’s Daniel Adams, they will work from there. 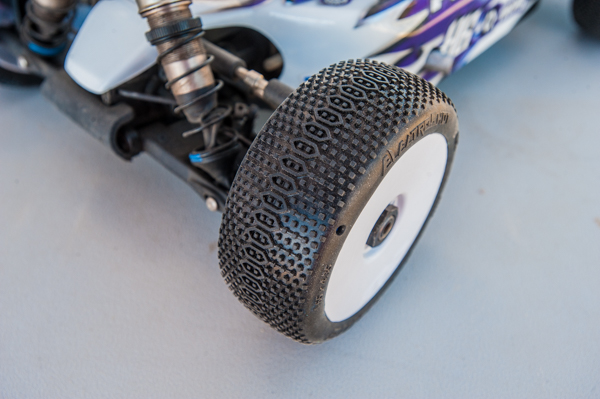 Pro-Line’s new Electroshot is being used by team drivers including Ty Tessmann.

They also have a new Lexan wing. The “Trifecta lightweight” wing is thinner and has a built in wicker. It also shaves about 10 grams of weight when compared to the earlier version. 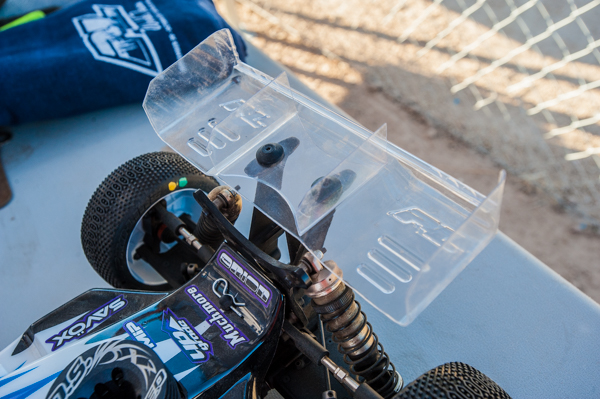 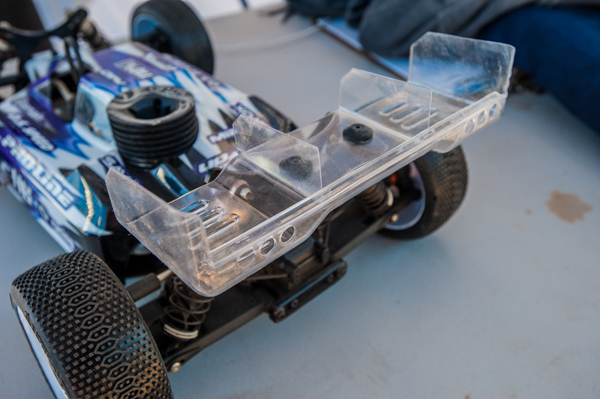 Finally, our spy shots revealed a new body being used by some of the Team Associated drivers. It’s so new, that even this one in Neil Cragg’s pit hasn’t had time for decals. No name yet, and availability to the public is not yet announced. 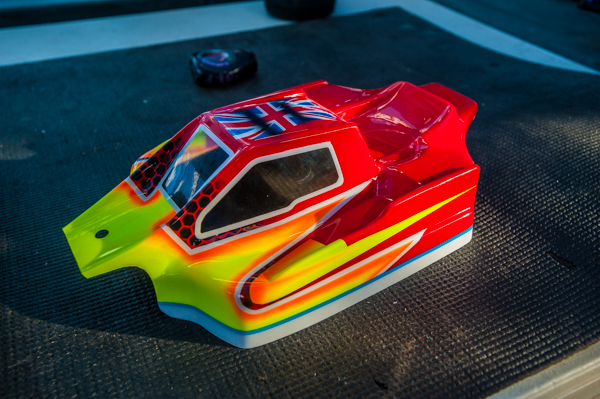