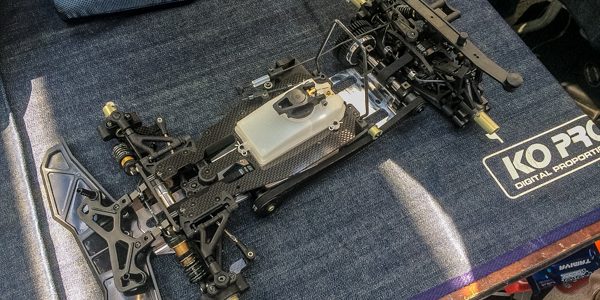 1/8-scale on-road nitro cars are considered by many to be the Formula 1 of RC racing and recently we spotted a new car in the pits at the recent 2016 Reedy TC Race of Champions. Being developed over the past couple of years by a new upstart Infinity, with a parent company called Creation Model Ltd., the company has been making a lot of waves by picking up a group of elite drivers including 2006 IFMAR TC EP World Champion Andy Moore and former HB/HPI racing teammate Teemu Leino, 9 time IFMAR 1/8 Nitro On-Road World Champion Lamberto Collari and former 2012 IFMAR TC EP World Champion Jilles Groskamp among others. Admittedly, these cars aren’t cheap, but with extensive testing and strong podium results in that time, you can bet these cars have a solid fundamental design. We are hoping to get our hands on one of these cars soon and give it our own testing. Stay tuned.