Wow, Arrma, way to think way outside the battery box! The new Voltage-series Fazon and Granite trucks look like nice low-cost RTRs overall, but what really stands out is the battery system. Instead of plugging in a pack, how about just firing “raw cells” right into the chassis? 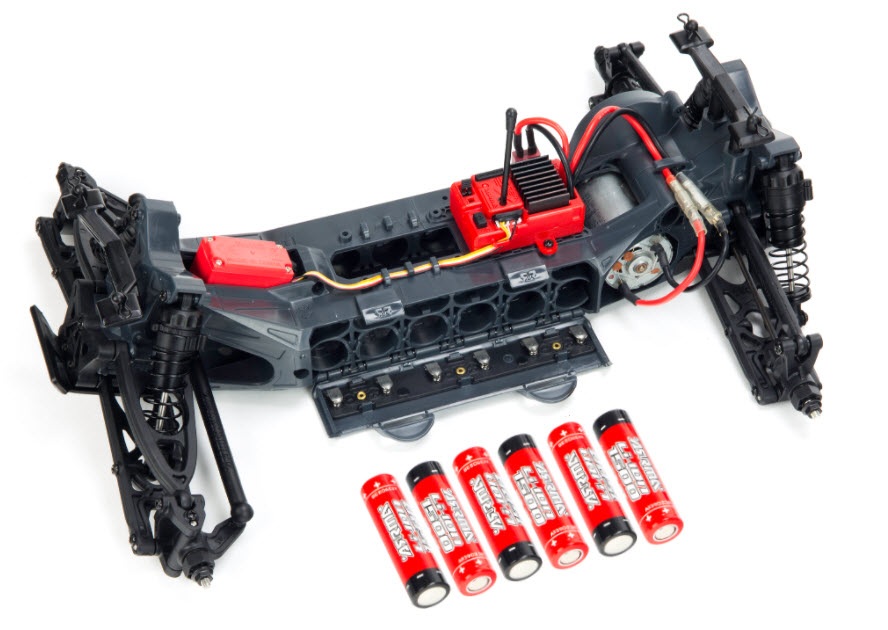 At first glance, I thought these were AA cells, and Arrma’s new vehicles were therefore mini-sized. WRONG. The Granite and Fazon Voltage trucks are 1/10 scale–so those are some big cells. 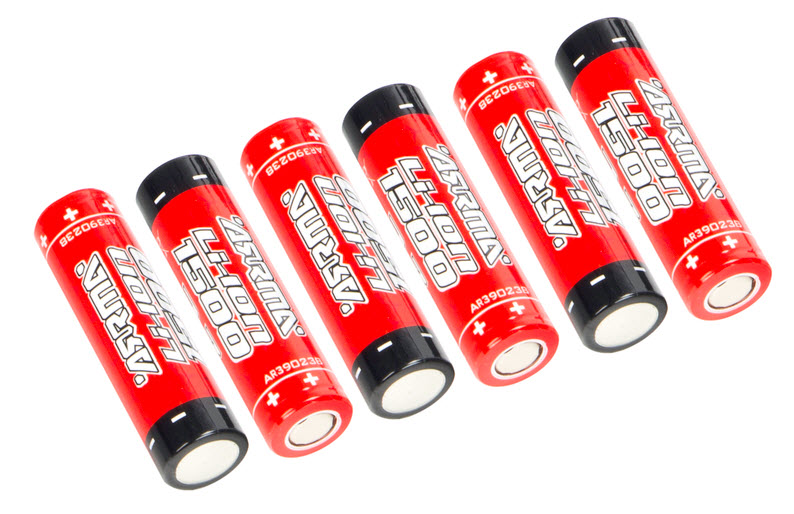 Since the extra cells add run time (capacity) and not voltage, that means the battery box is wired to hold the packs in parallel. That should mean 4500mAh of capacity when you use all six cells, assuming they are arranged as “2S3P” (three pairs of batteries, each pair in series, the three pairs wired in parallel). According to the manual, you can expect maximum run times of nine minutes (two cells), 18 minutes (four cells) and 27 minutes (six cells). 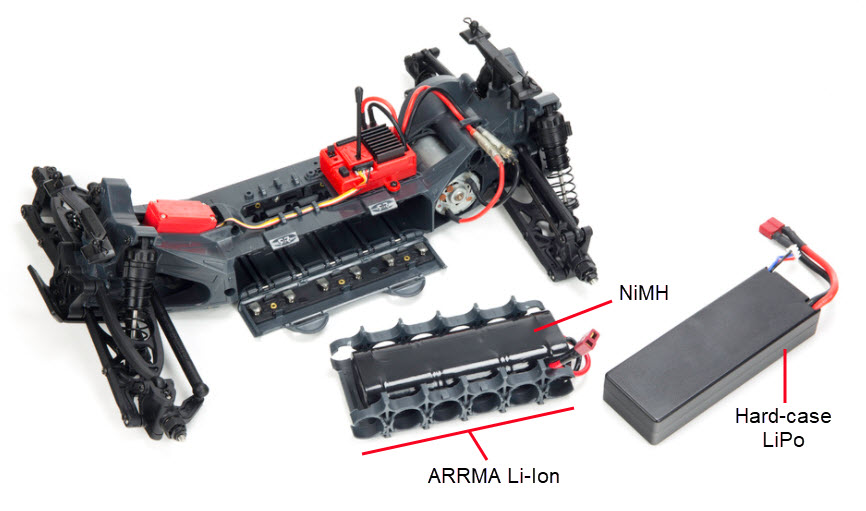 Here’s the really cool part: the cells plug into a module that can also hold a hard-case LiPo or NiMH stick pack. Says Arrma: Choose Li-Ion, NiMh or LiPo batteries to power your model. The ARRMA Voltage has multi battery chemistry compatibility that allows you to run 2,4 or 6 ARRMA Li-Ion batteries, or hobby standard 6-cell NiMh or 2S LiPo battery packs. 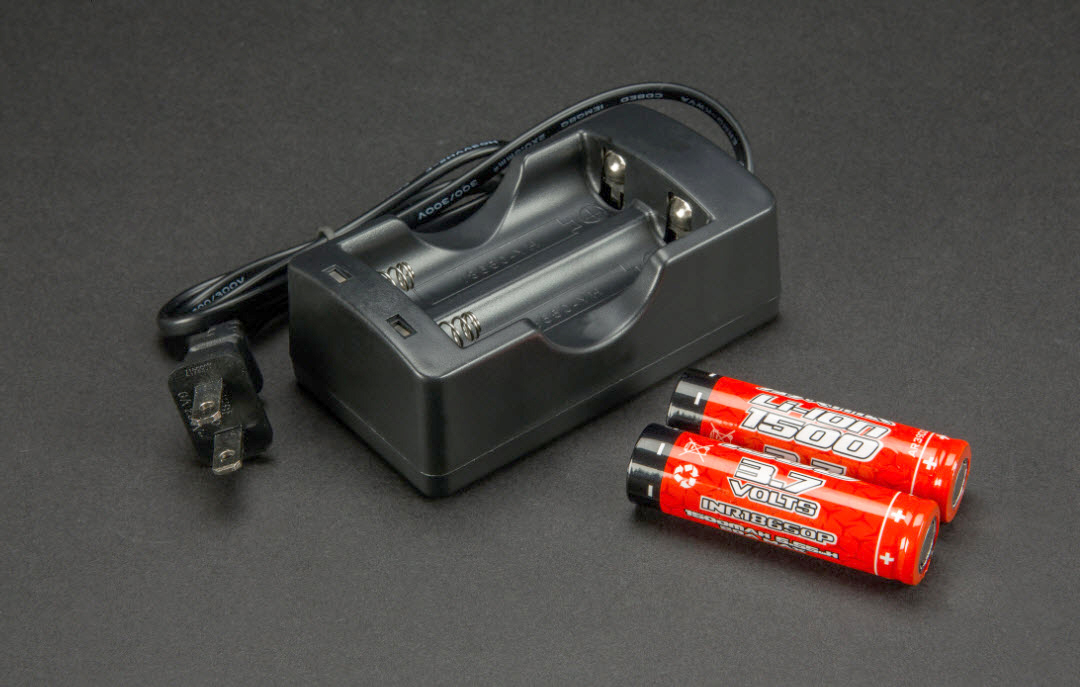 OK, so how do I charge the cells? Arrma includes an AC charger for the supplied pair of cells, but the manual doesn’t list charge time. You can also use any Li-Ion charger (or charge mode) to do the job, but you’ll need to devise a way to hold the cells. Theoretically, you could plug your charger’s Deans-style plug right into the chassis in place of the speed control and charge the batteries right in the car, but as every manual ever has said, you should never charge batteries while they’re installed in a car.

So, what do you think of Arrma’s new battery concept?