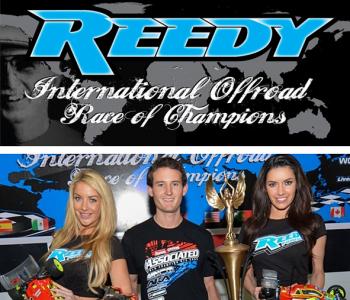 The RC racing world was shocked to learn that West Coast RC Raceway, host of last year’s ROAR Electric Off-Road Super Nationals as well as the last three years of the resurgent Reedy International Off-Road Race of Champions, closed its doors for good on  Tuesday, August 27. WCRC was the home track of many SoCal-area pros as well, but with the crazy costs of operating such facilities in SoCal and the owner, Danny Stojakovic, welcoming his first child it was meant to be.

Just weeks after the news broke, Team Associated announced that the Reedy Race of Champions would be moving just ten miles south to Orange County RC in Huntington Beach, CA. The Reedy Race is no stranger to a location change, however; OCRC will be the eleventh facility to host the Reedy Race, which has been held 19 times in the last 26 years. Here’s the official press release.

As announced a few weeks ago, West Coast R/C Raceway, the home of the Reedy International Off-Road Race of Champions from 2011-2013, has closed its doors. All of us involved with the Reedy Race would like to thank WCRC, Danny Stojakovic, and the rest of the staff for their hospitality and dedication in helping the re-launch of this great event.

Reedy is pleased to announce that OCRC Raceway in Huntington Beach, CA will be the new home for its 20th running. OCRC will be the 11th facility to host the 27-year-old event. With the same organization staff, event sponsors, Scotty Ernst on the mic, and OCRC owner Robert Black all on board, racers are assured a world-class event.

In the 2013 event Southern California’s Ryan Cavalieri took the win in the premier Invitational class, while victories from Carson Wernimont in 2WD Open and Rob Gillespie Jr. in 4WD Open have earned them the right to compete for the 2014 Invitational title.

As one of the most anticipated events on the racing schedule, the Reedy International Off-Road Race of Champions begins a new chapter at OCRC Raceway and will be held from January 23 – 26, 2014. Entries open September 16 at Noon PST exclusively on www.RCSignup.com. As in previous years, the event features its traditional 2WD Open and 4WD Open classes along with the combined Invitational 2WD/4WD format.

To allow everyone an opportunity to be a part of the 20th running of the Reedy Race, a lottery drawing for the open classes will be conducted on November 4, with the first 200 entries drawn securing a place in the event. Entry fees are not collected until after the lottery drawing for the selected open class entries and Invitational drivers. Remember, included with each confirmed and paid entry is a complete set of control tires, inserts and a personalized grab bag for each entrant.

Stay tuned to www.reedyrace.com for more information and event updates. Inquiries regarding the event should be directed to reedyrace@rc10.com.