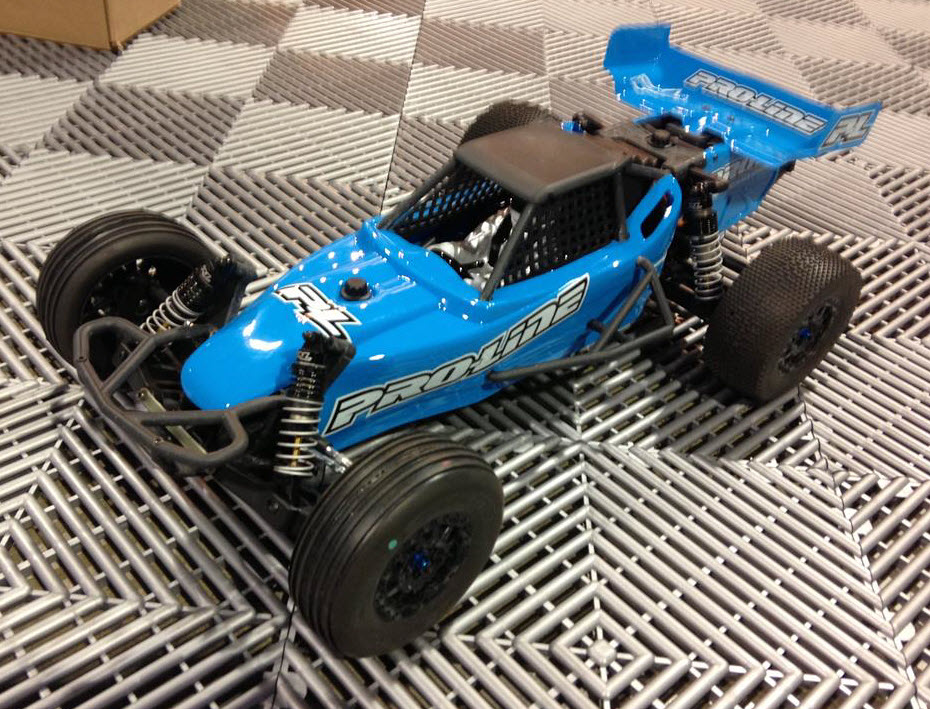 More sneak-peeks from the Pro-Line booth at RCX. Come to the show to see all the new stuff, and everything else at RCX, in person! 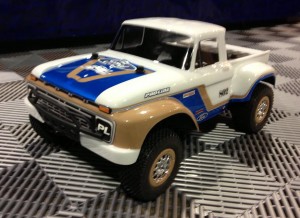 It’s easy to appreciate Pro-Line’s Ford F100 vintage short-course body purely for its classic lines, but if you’re a true race fan you’ll recognize this as Robby Gordon’s “Hay Hauler,” the Class 8 desert racer that Robby campaigned way back in 1987. 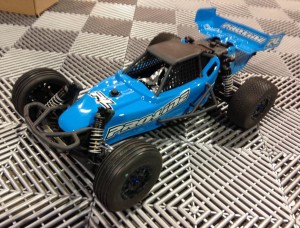 If you’re wishing Traxxas made a short-course buggy, Pro-Line’s upcoming Slash conversion kit will do the trick. The display buggy here at RCX has many rapid-prototype parts, but it is greenlit for production. The kit will include all the body, bumper, wing, and nerf bar components, all you add is your Slash, Pro-Line’s narrow Pro-2 LCG chassis, and the wheel and tire combo of your choice. Or, you can go all out with a full-on Pro-Line build with all of PL’s Slash hop-ups. That’s what you’ll see as an RC Car Action “Project Build” as soon as the buggy kit is available. Can’t wait… 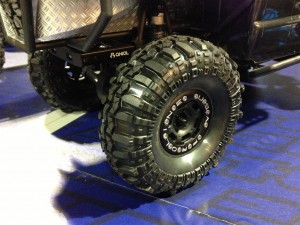 Too new for a name on the sidewall! Pro-Line will soon release a wider, taller Super Swamper for greater ground clearance and an even higher-riding stance. 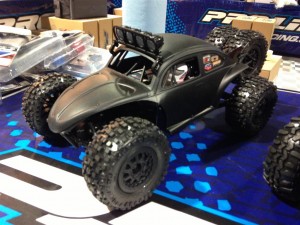 Also spotted at the Pro-Line display during setup: this Vaterra Twin Hammers build. It’s got a full Pro-Line treatment, with Badlands, bug body, light kit, and more. Like the “paint?” It’s spray-on Plasti-Dip!