David tells us he was looking for a new project and came across a CR12 chassis sitting in his hobby room with no body, wheels, tires or electronics collecting dust, along with a Yeti Jr body. I he noted that the wheelbases were a perfect match but the CR12’s chassis rails were too long so he chopped the rear rails just behind the shock towers along with much of the front overhang as well. He relocated the steering servo back to where the shock towers were and relocated both front and rear towers further inboard to fit under the body. The steering servo also doubles as the front body mount with a pad of hook and loop. The rear of the body is hinged on the chassis rails to allow easy battery changes. 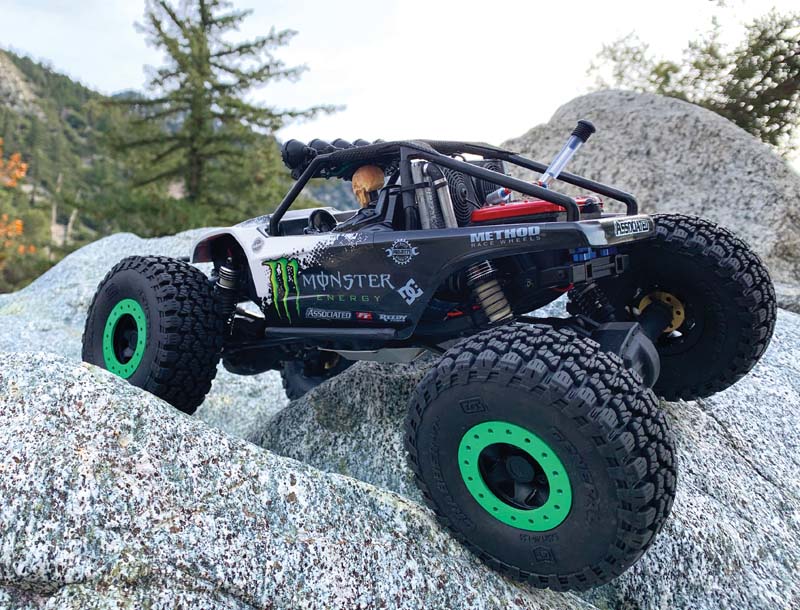 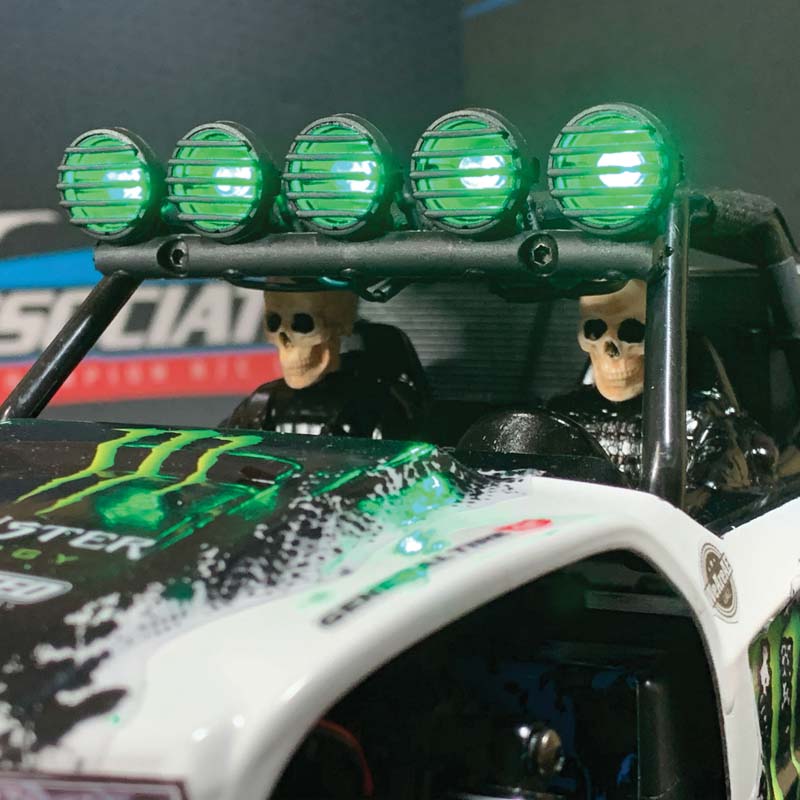 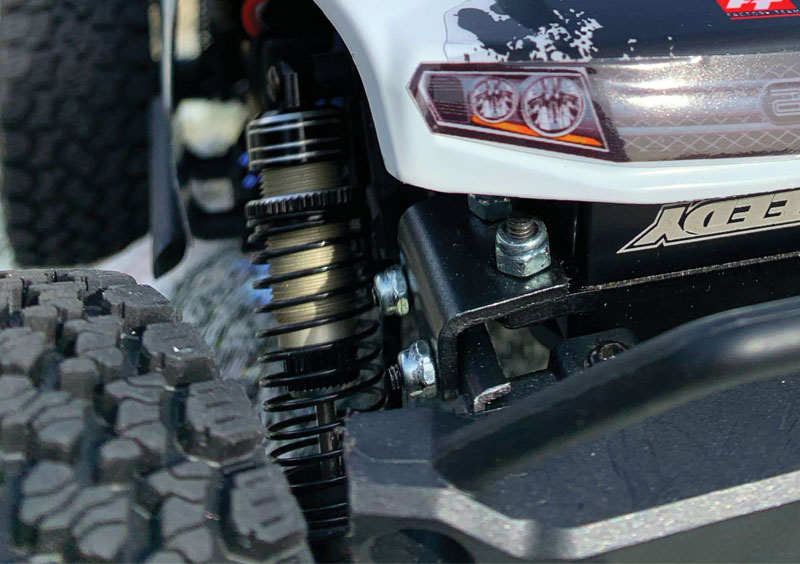 Based On A Team Associated CR12 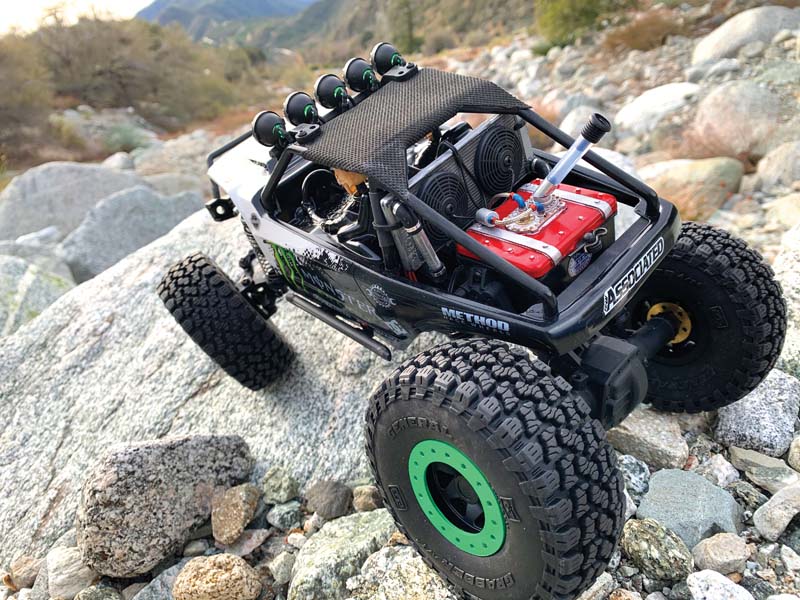