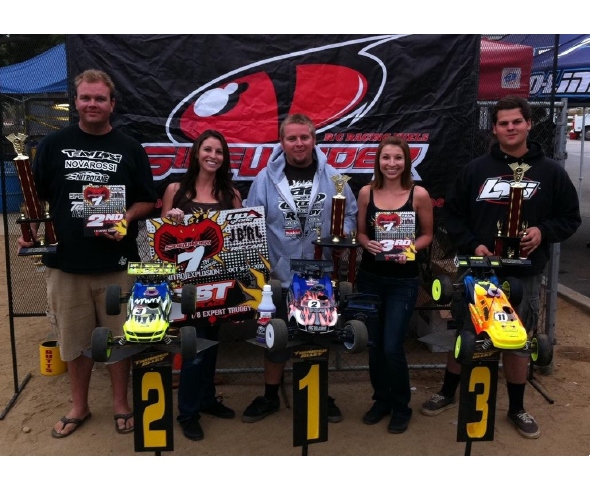 Sidewinder fuels (the fuel of choice for Team Associated & Reedy) hosted its 7th Annual Nitro Explosion at the ever popular Thunder Alley Raceway in Beaumont, CA. This year’s event was a bit unique in both the timing and conditions. With only a few short weeks until the top drivers in the World converge on Pattaya, Thailand for the 1:8 Offroad IFMAR World Championships many of the top US racers used this event as a final test.

Additionally, track designer Levi Jackson installed a layout simulating some of the more challenging aspects of the Pattaya layout to hopefully assist the US drivers in setting up their cars for the unique track style. The track featured many off camber turns and a long straight-a-way and small, but challenging jumps. In contrast to the usual Thunder Alley preparation, the track was left dry the entire weekend as well.

In the Expert Truggy class, Ryan Maifield used his Reedy powered RC8T to battle with Dylan Rodriguez and Billy Fisher for the first ½ of the 45 minute main event. However, steady driving by Maifield, combined with 9:00 pit stops gave him an advantage over his competition and by the 30 minute mark Maifield held a 15+ second lead over Fischer. Maifield cruised home with the win and by the looks of things, could have run another 45 minute main event with his JConcepts Yellow Crosshairs.

In the Expert Buggy class, Ryan Maifield put his Reedy powered RC8B to the TQ position ahead of many of the top US drivers including Josh Wheeler, Ty Tessmann, his Team Associated teammate Ryan Cavalieri, Adam Drake, Mark Pavidis, Dylan Rodriguez, Mike Truhe and Cody King. At the start of the main, Maifield and Cavalieri found themselves at the front of the field checking out from the pack. An unfortunate maintenance failure took Maifield out of the race and handed the lead to Cavalieri. Then, trying to stretch his fuel mileage Cavalieri ran out of gas just 10 seconds from re-fueling. These were not exactly the results the drivers wanted, but the vehicles worked well and driver confidence is high going in to Pattaya.

Thanks to the Thunder Alley and JBRL crew along with Sidewinder for another great event. 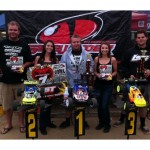 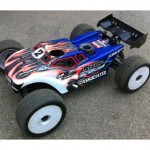 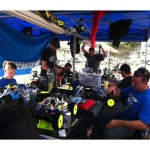 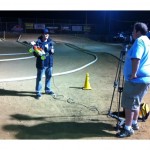 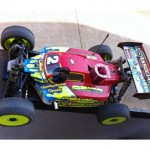 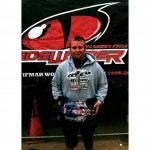