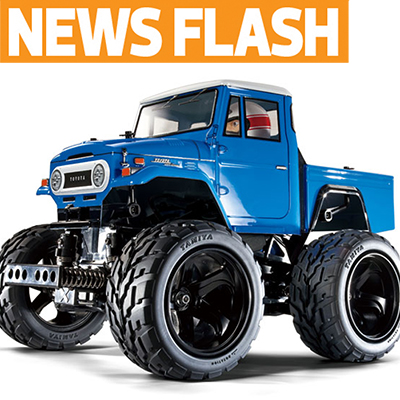 Lots of new Tamiya kits and RTRs on the way, here’s a sneak peak from the Nuremberg Toy Fair, courtesy of the TamiyaUSA blog: 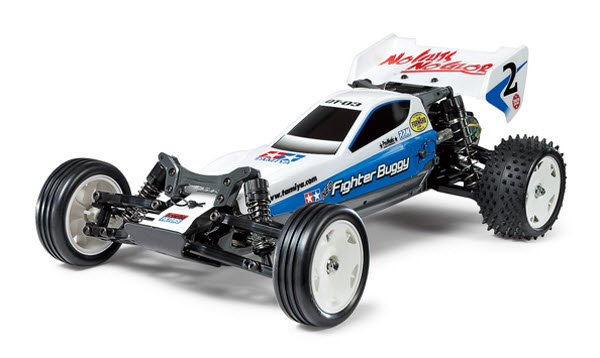 The Neo Fighter Buggy is mounted on the newly developed and easy to build DT-03 chassis platform. Intended as an easy-to-get-started model to encourage young drivers to enter the world of R/C, its intuitive yet tough design allows hassle-free assembly and gives less experienced users the opportunity to get to grips with R/C model composition and construction. 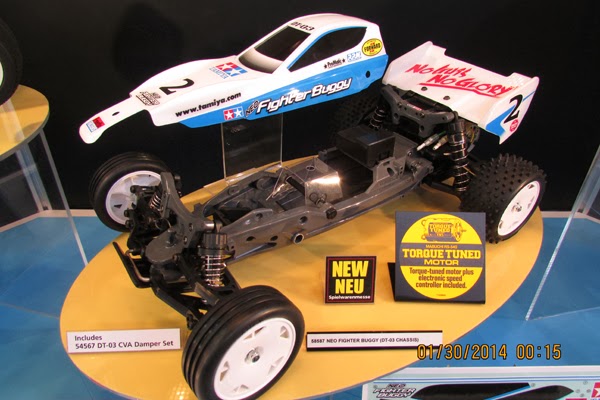 The new DT-03 chassis recalls Tamiya’s Tam-Tech Gear design, but is all-new (and 1/10 scale). Looks like the suspension is shared with the DT-02 chassis. 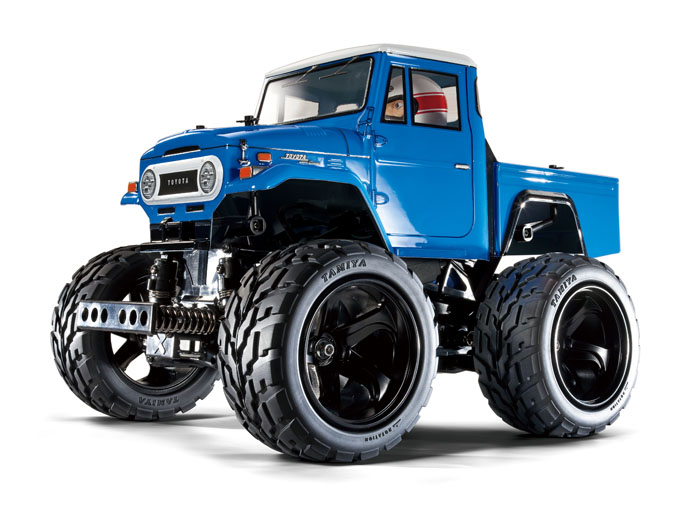 This is the NEW GF-01 chassis platform. The first model to be featured on the chassis is a pick-up version of the Toyota Land Cruiser 40, a world-famous off-road vehicle that needs little introduction. It was produced for almost 25 years and much loved for its durability and adaptability. The GF-01 chassis plays off the successful and fun line-up of RC kits such as the Wild Willy 2, Volkswagen Type 2 and the Farm King Wheelie. Whereas those kits featured a 2WD and easy to wheelie platform, the new GF-01 is a 4WD incarnation with the motor directly placed in the center in order to drive the gears in the front and rear gearboxes. 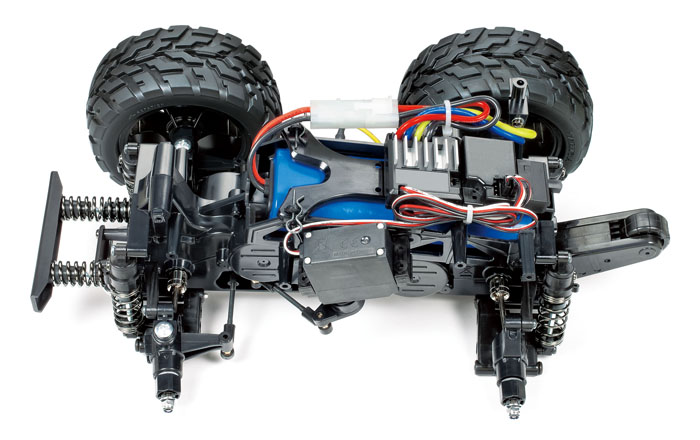 The GF-01 chassis’s short wheelie-popping wheelbase calls for creative packaging, but Tamiya gets it all in there. 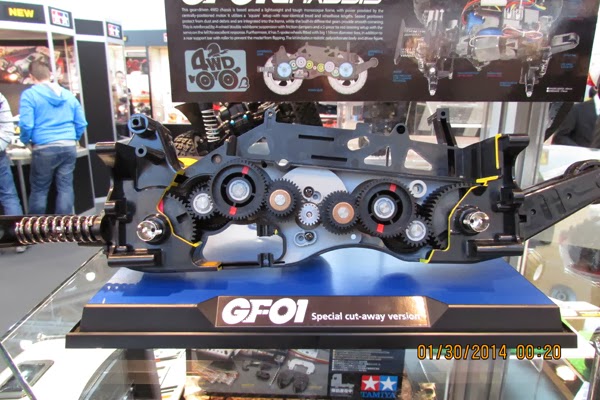 We think the “G” is for “Gears”–there sure are a lot of ’em! The motor is in the middle of the chassis–see the pinion gear? 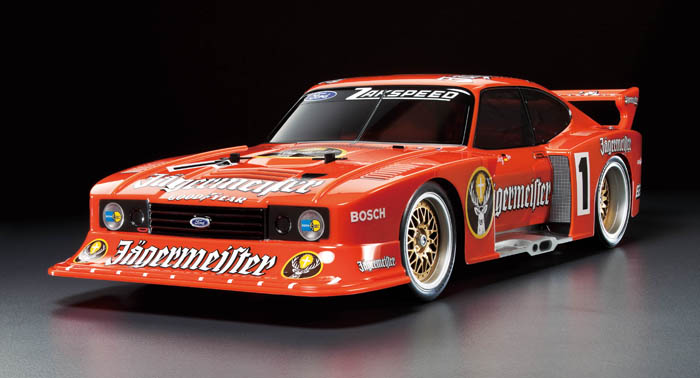 The Zakspeed Ford Capri Turbo Gr.5 was powered by a 4-cylinder DOHC engine and had an instantly-recognizable low and wide form. A 1982 version of the car was decked out in distinctive orange Jägermeister livery and driven to a second place finish in the Salzburg round of the German Racing Championship by the German driver Klaus Ludwig.

Tamiya has faithfully reproduced this sleek racing machine in 1/10 scale on the TT-02 entry level touring car chassis. The TT-02 chassis platform is the successor to the TT-01 as it incorporates many new features to make it even easier for the new R/C kit builder to assemble and learn from. The TT-02 chassis performs well as cornering and overall speed has been enhanced to take advantage of new electronics available on the market. In addition to the TT-02 being an ideal platform to start from, R/C hobbyists can expand its potential by adding many of the Ho-Up-Options available to increase the cars speed and performance. 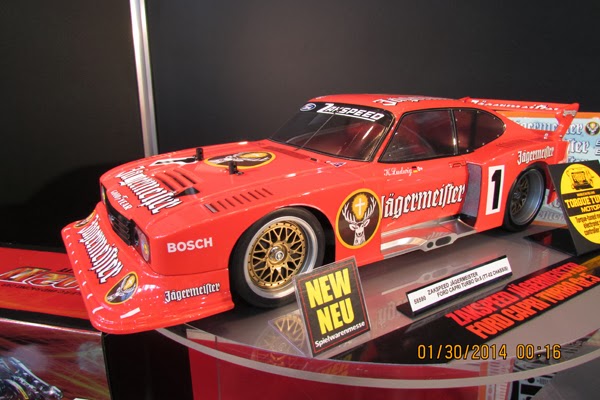 Nobody does real-life subjects as well as Tamiya. Beautiful. Should be a quick build (minus the time spent decaling) and lots of fun with 4WD. 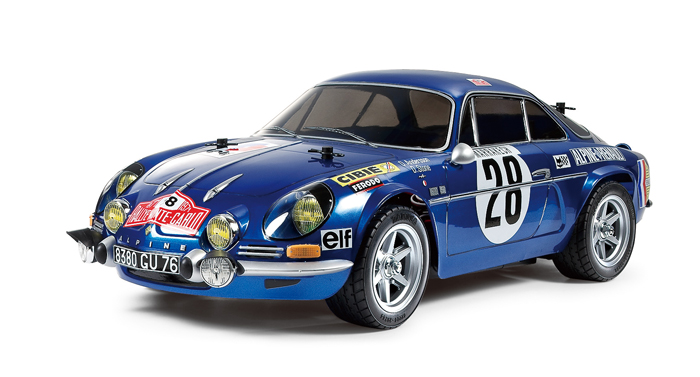 This is a model radio control replica of the Renault Alpine A110 and it is fitted on the M-06 chassis platform. The full size car was a rear-wheel drive vehicle based on a backbone chassis, which used its superior traction to romp to numerous rally wins throughout its career. This model depicts the car in the colors of the Renault Alpine works team, just as it appeared in the 1971 running of the Monte Carlo Rally. There, it overcame tough conditions and a start in Morocco to occupy all 3 places on the podium, marking a fine performance for the French manufacturer.

The M0-6 chassis platform utilizes a rear motor and rear wheel drive set-up. The layout also features a longitudinally-mounted battery with the R/C radio gear positioned on either side of the chassis. The 4-wheel double wishbone suspension is paired with rear 60D Super Grip Radial tires for improved rear traction and drivability. 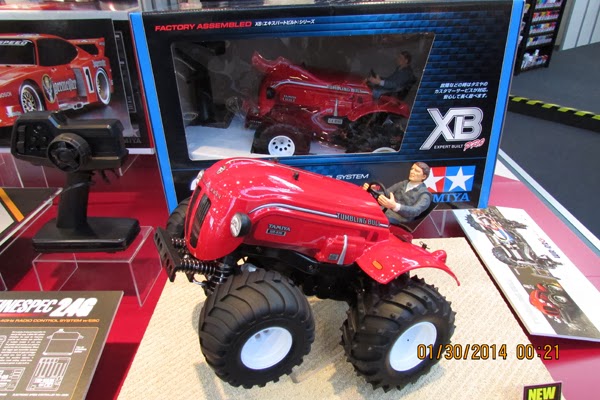 This is a fully factory assembled and ready-to-run R/C model of the Tumbling Bull. The painted and finished super detailed polycarbonate body is mated to the easy to maintain WR-02G 2WD multi-purpose chassis platform. The WR-02G chassis features a 2WD drive drive-train with fully independent double wishbone suspension. The pre-installed 2-channel radio gear system operates on 2.4GHz technology which allows you to run your vehicle anywhere without the need to worry about other R/C enthusiasts nearby.

I want this. And the Farm King. Honestly, all of the wheelie cars. 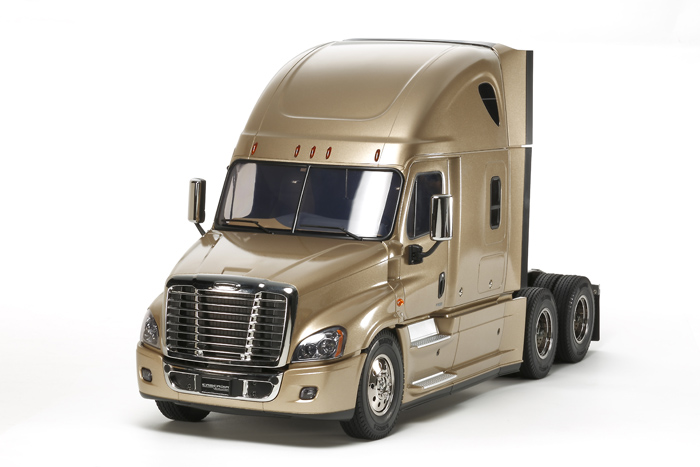 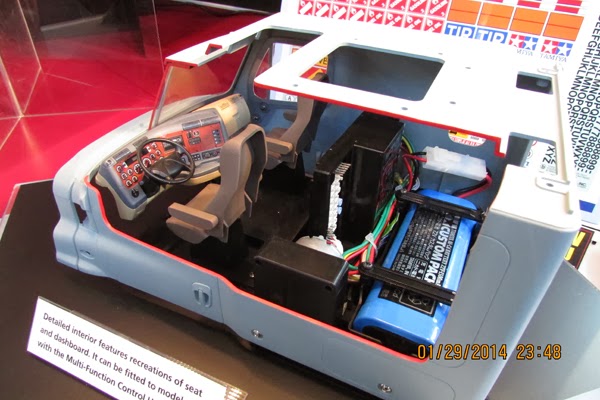 That is a crazy-detailed interior. Tractor-trailers are another category you can file under “no one does as well as Tamiya.” 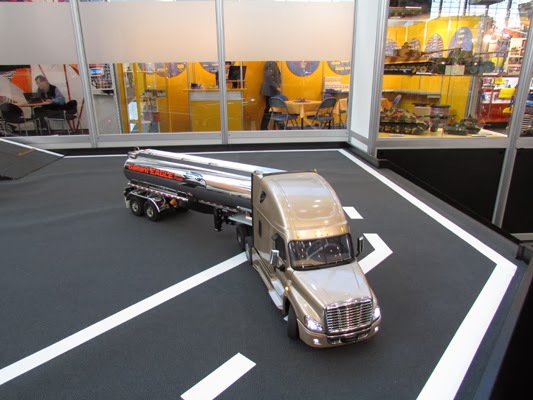