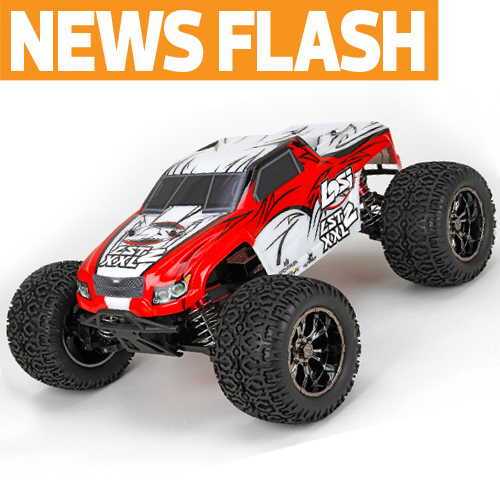 One of the biggest announcements coming out of this week’s Nuremburg Toy Fair is from Losi, and it’s all about their new LST2 XXL monster truck. While the LST2 is no spring chicken, it’s been totally revamped and given new life thanks to some slick parts, new technology, and an all new gas-powered 2-stroke engine. Can you imagine filling this thing up at your local Chevron?! 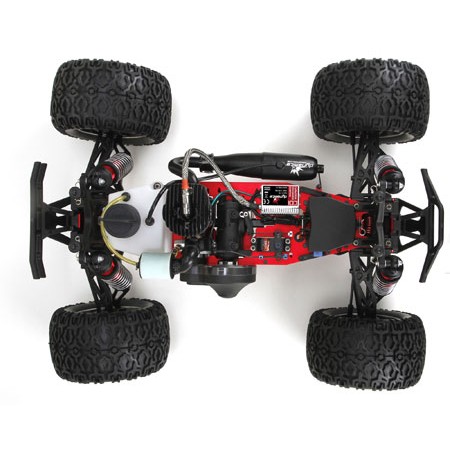 Losi dressed up the chassis of the popular LST platform as well, using red anodizing for the chassis and other aluminum bits.

The new LST XXL-2 retains everything that monster truckers loved about the LST platform – right down to those gigantic oil-filled shocks supporting the truck’s long A-arm suspension. The double-deck chassis provides a solid backbone, and has ample room for the protective receiver box, electronics, engine, and accordingly monstrous 300cc fuel tank – twice the size of most monster trucks! Combined with the improved fuel economy of the gasoline engine the LST XXL-2 should have run times that far exceed anything else in its class. 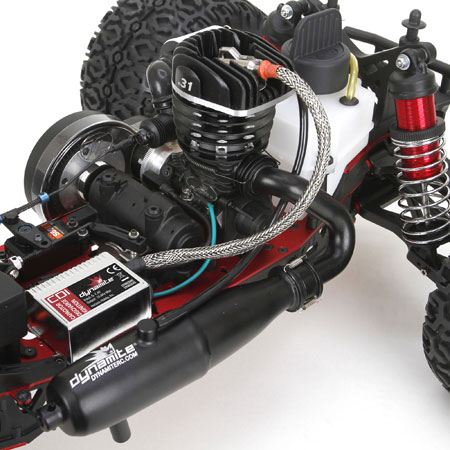 The layout of the chassis is a bit different than the nitro-powered LST2, and the Dynamite ignition system is new, but it’s still the same great truck – and it still comes with a Dynamite tuned pipe!

The most distinguishing feature from the LST2 to the XXL is its all-new .31 cubic inch gas-powered engine complete with Dynamite’s new CDI (Capacitor Discharge Ignition) ignition system that electronically fires the spark plug rather than rely on small magnetos and coils on the engine to handle it. The engine itself looks very similar to the nitro burners we’re accustomed to seeing, but this one runs on a gas/oil mixture like what larger 1/5-scale vehicles use. This means that the engine should be easier to use, as well as more reliable – because the engine is powered by an ignition system with a spark plug it should be easier to start, easier to tune, and will idle for longer periods of time. 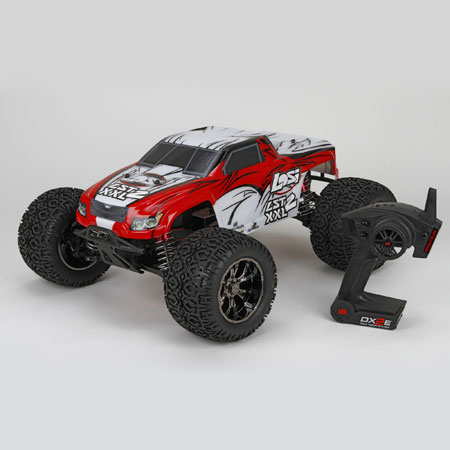 Spektrum’s tried-and-true DX2E in black trim is assigned for transmitting the signals to an all-Spektrum lineup of electronics, all of which are waterproof – including the dual servos tasked with wrestling the truck’s monster front tires to the left and right. The LST XXL-2 also comes with Spektrum’s new driver-assisting AVC unit installed, which is sure to make a monster truck hero out of anyone! 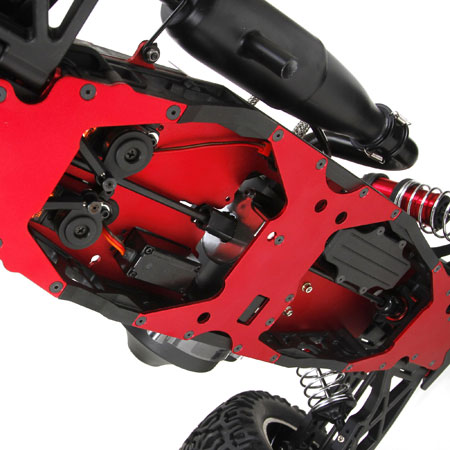 Heavy-duty skidplates protect everything on the bottom of the chassis – including the dual Spektrum S6010 steering servos!

The original LST platform was built tough – and Losi engineers didn’t mess with a good thing. The truck’s durable 2.5mm plate is reinforced with a double deck and huge skidplates for extra stiffness and and rugged durability. 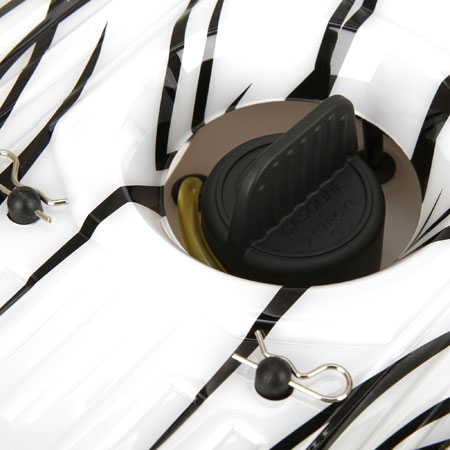 No flip-top tank lid on this baby – the super-long run times of the gasoline engine mean that the humongous 300cc fuel tank gets a screw-on lid.

The LST XXL-2’s body is a true monster truck-style pickup body with a brilliant red and white scheme that accents the truck’s red-anodized chassis components. There’s even a cutout in the truck bed so that you can access the screw-on cap for the fuel tank for pit stops without removing the shell. 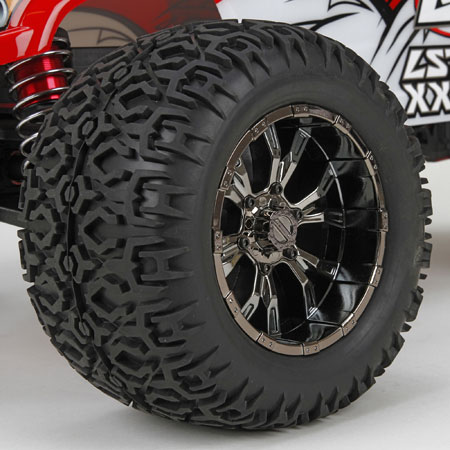