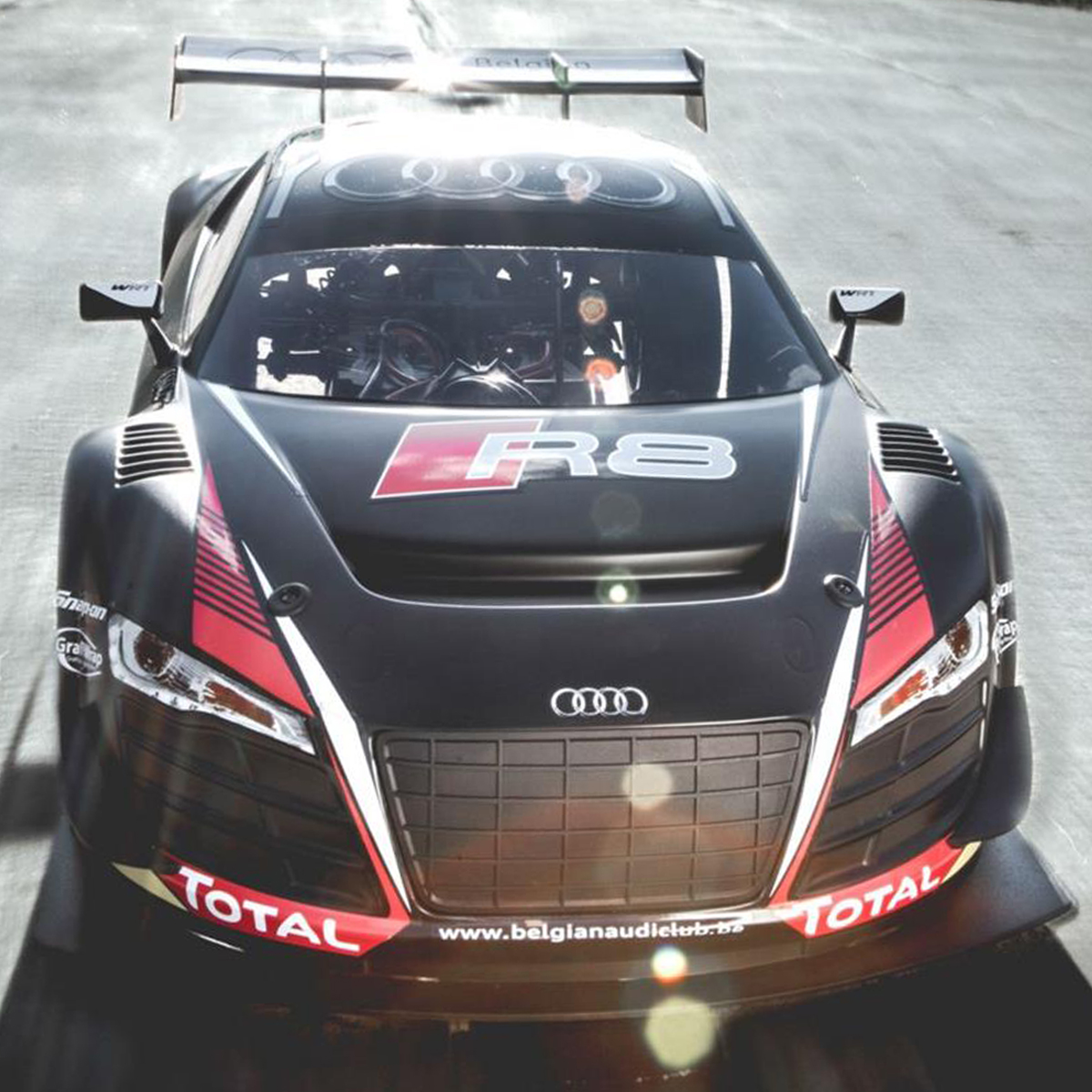 No one saw this thing coming! Losi’s super-sized take on street-shredding RC looks like a real powerhouse. The car is built on an all-new chassis dubbed the “6IX,” and will arrive RTR. The car’s sensorless 1200Kv motor is fueled by dual batteries (not included) and a 6S-rated speed control that delivers over 60mph, says Losi. A single “large scale” servo does the steering, with help from Spektrum Active Vehicle Control (AVC) to keep the big car pointed in the right direction. The shocks are 18mm big-bore units, and the Audi is built on a 3mm aluminum chassis. As you can see, the officially licensed 2013 Audi R8 LMS Ultra FIA-GT3 body work is beautifully rendered.

Much more when we get our hands on a 6IX of our own–stay tuned.

Click the pics to enlarge, and see below for official Losi info. 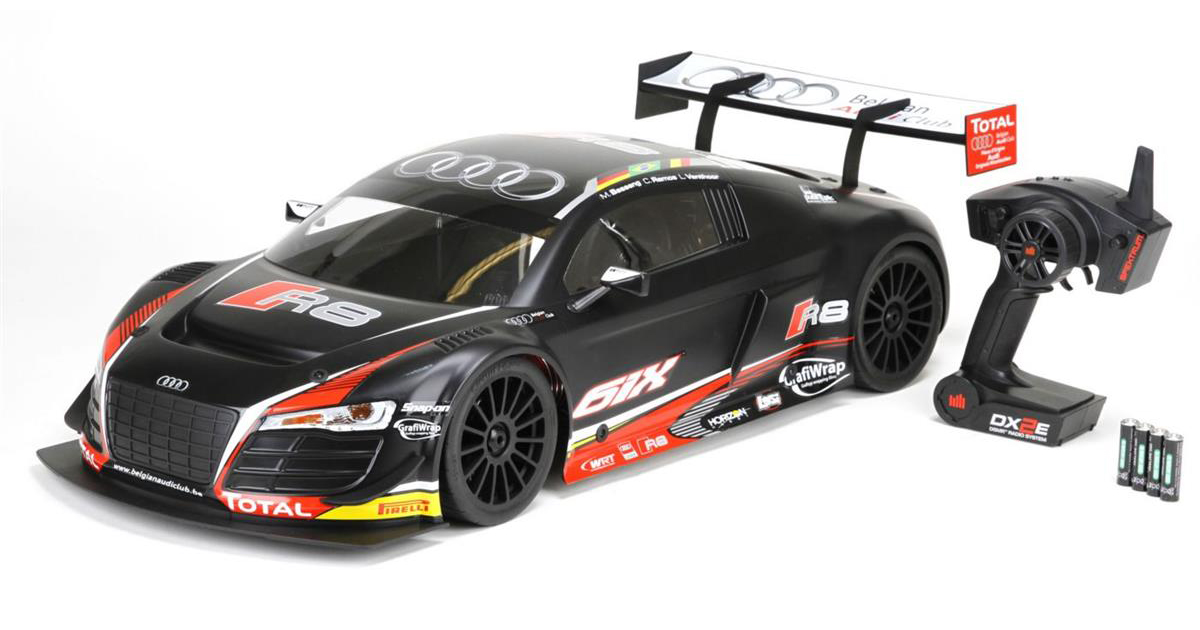 Posing the 6IX with its included DX2E transmitter gives a sense of the car’s big 1/6 scale size. Wheelbase is 18.8 inches. 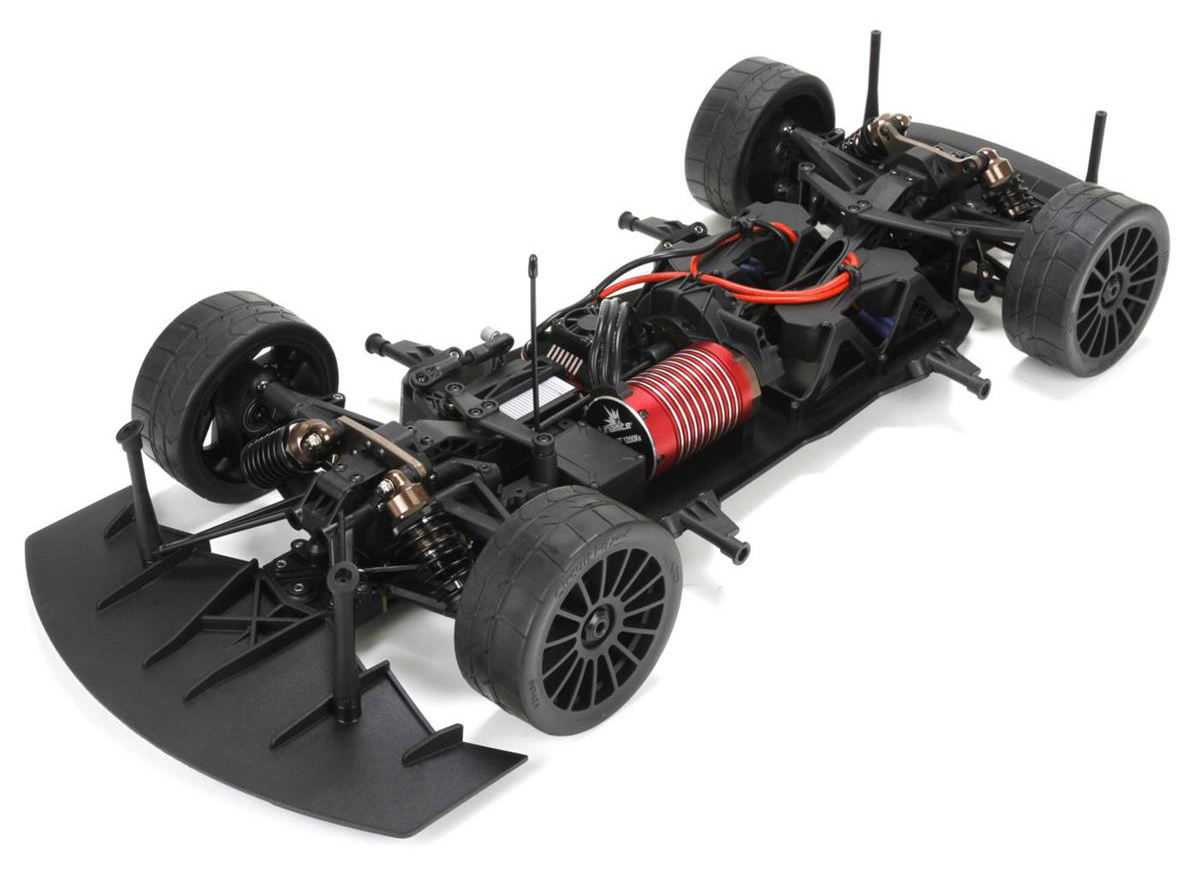 The 6IX carries its batteries in the rear of the chassis and mounts all the electronics ahead of the spur gear. 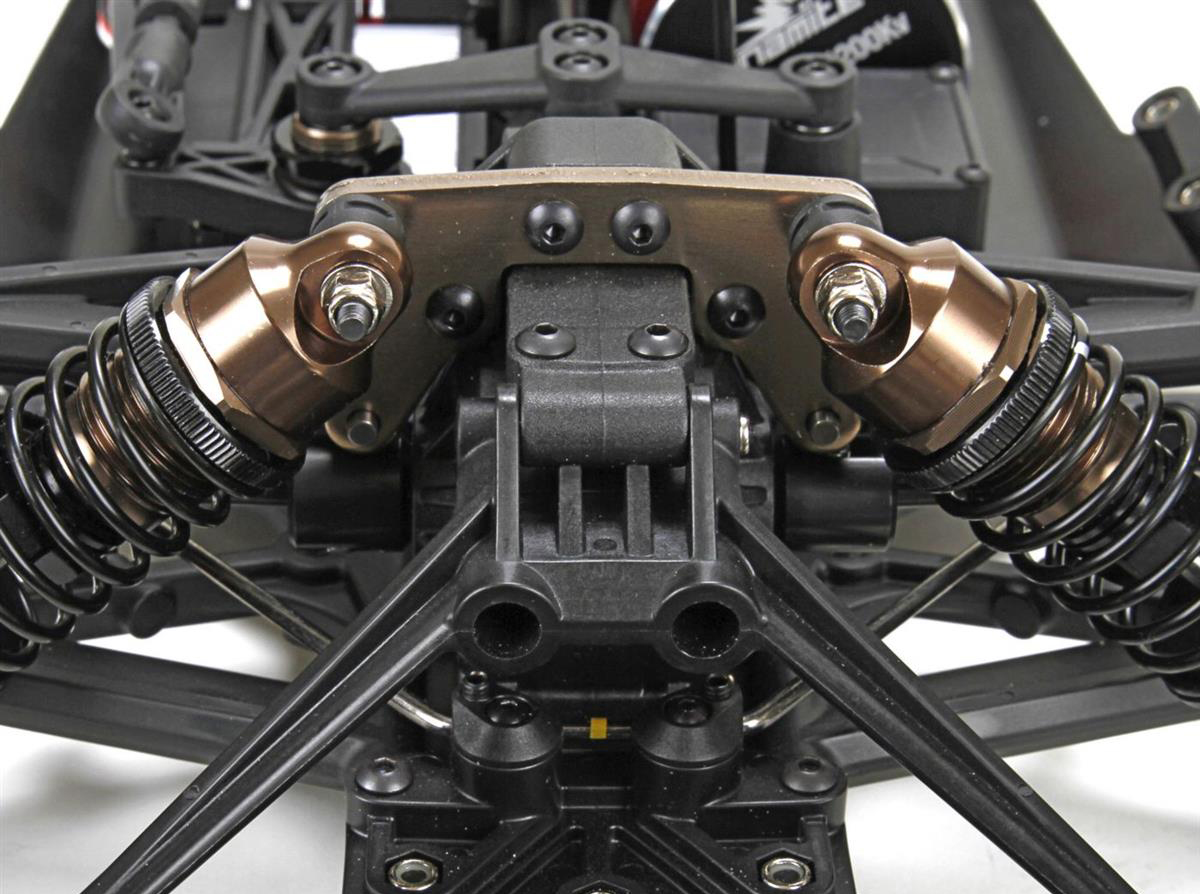 Expect a smooth ride with those 18mm shocks doing the damping. 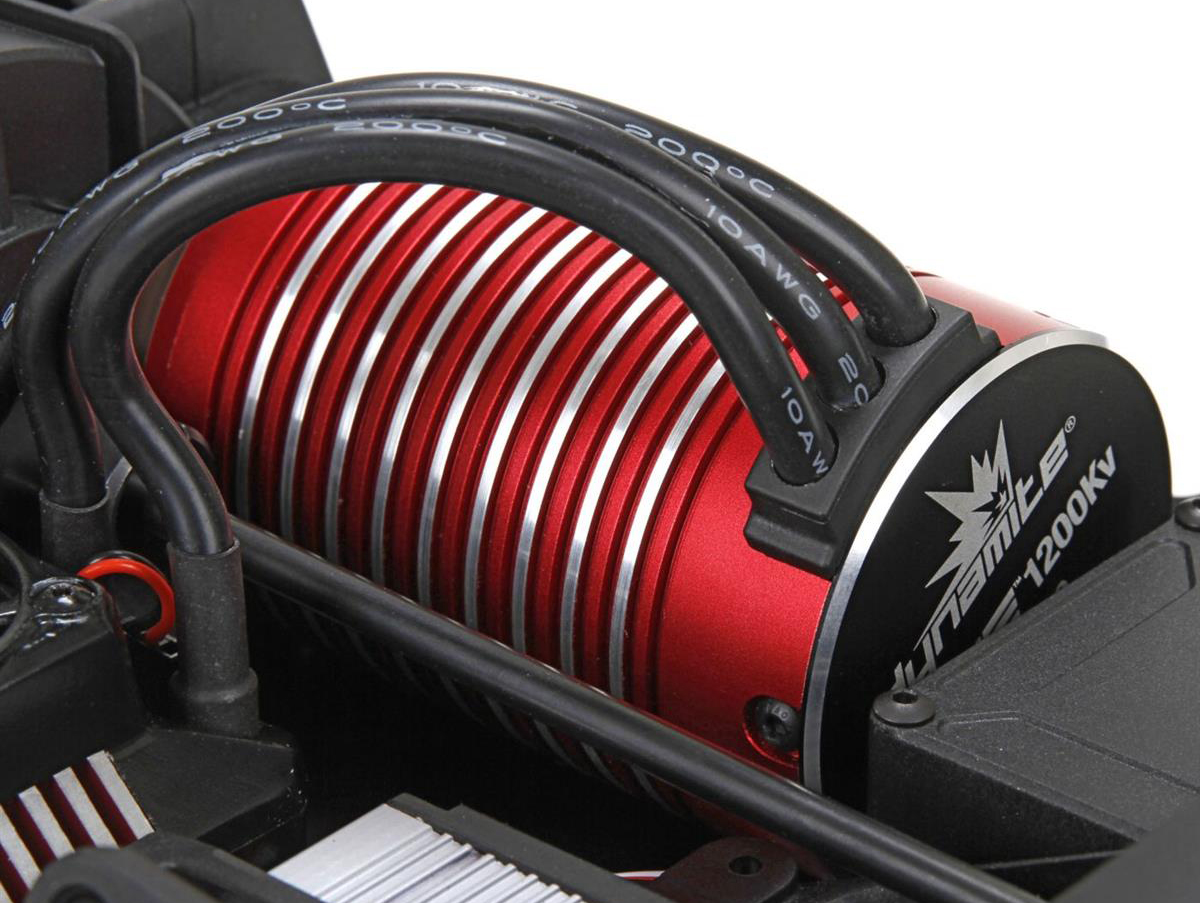 A 1200Kv sensorless motor does the spinning, and is mated to a center differential. The 6IX’s triple-diff drivetrain uses Losi’s VTV (Viscous Torque Vectoring) differentials. 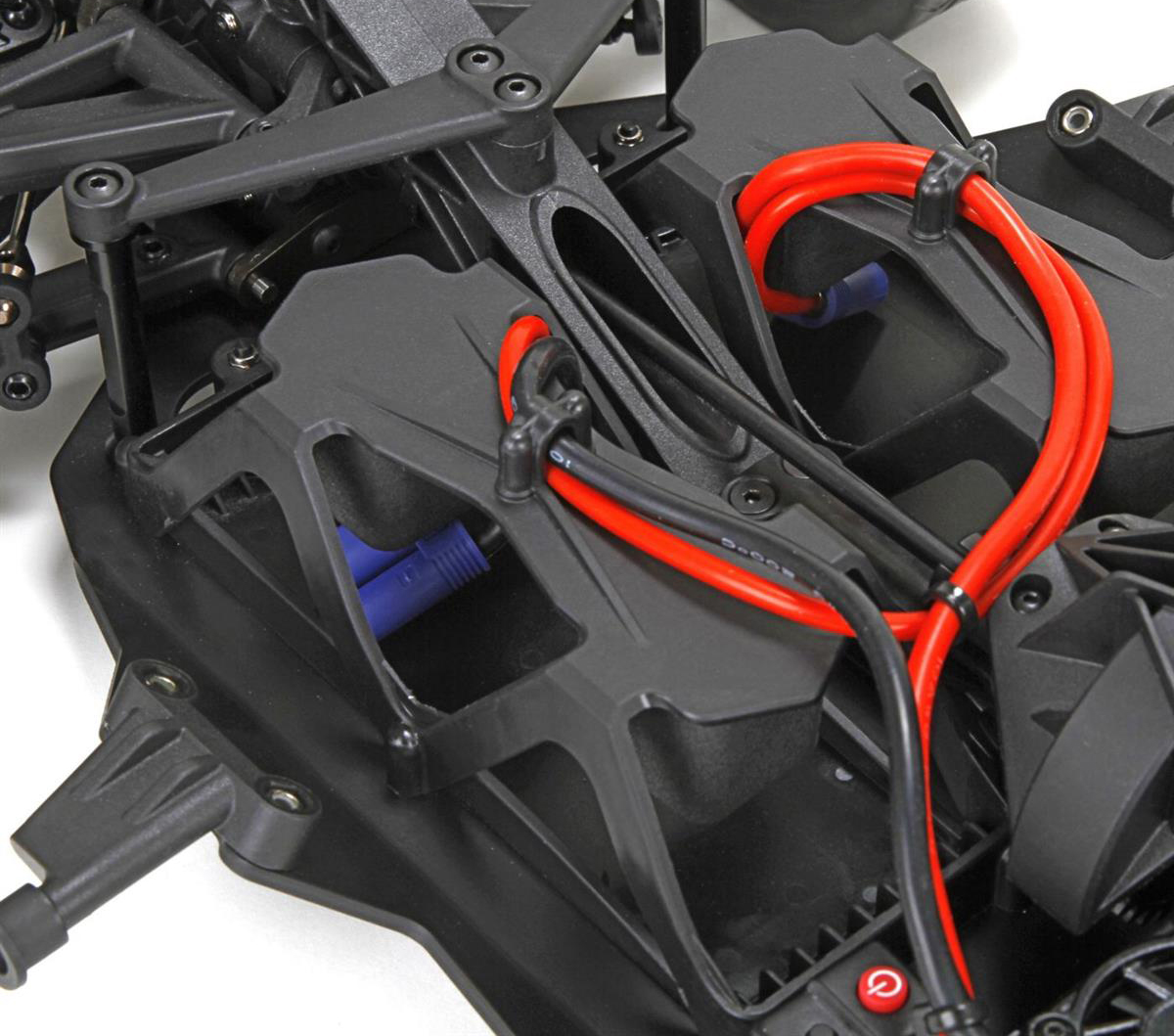 The tall battery compartments should have no trouble swallowing high-capacity packs. But how do they get in? 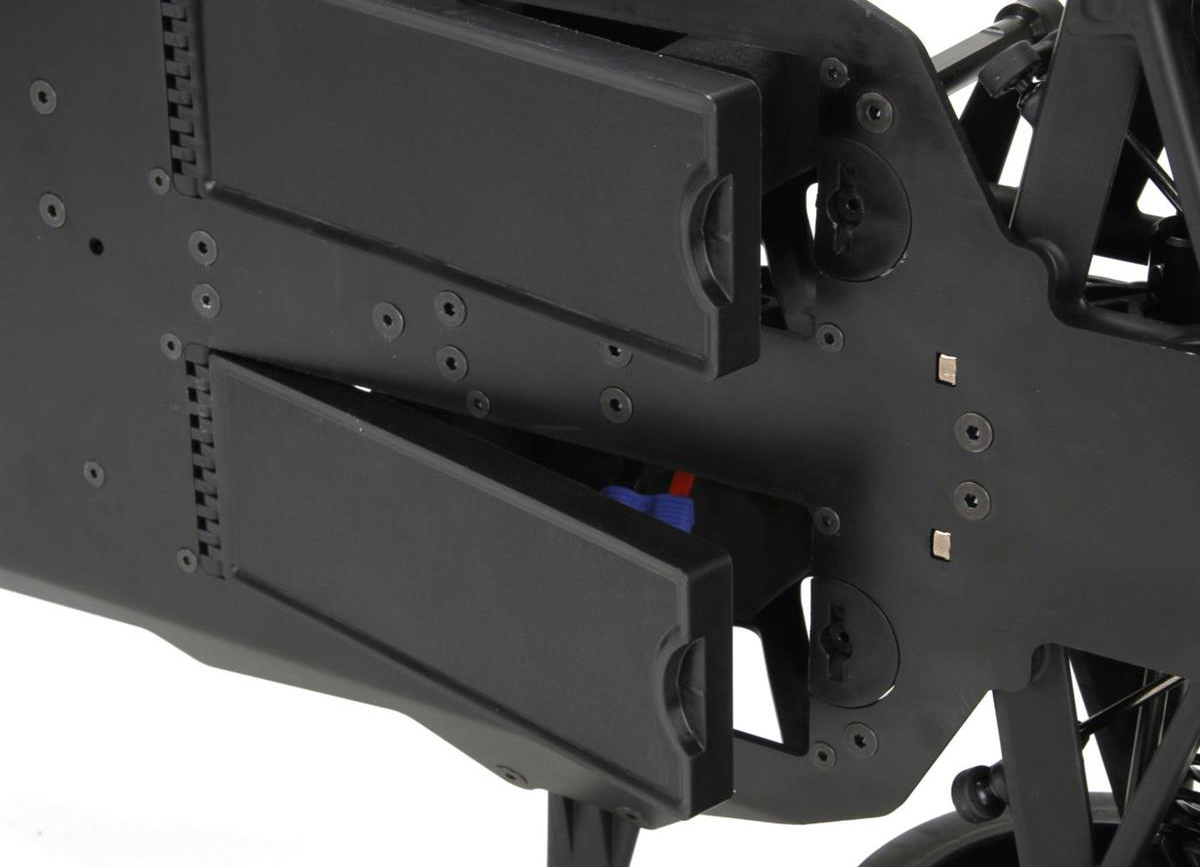 The Losi® Audi R8 LMS ultra puts you in charge of a no-holds-barred supercar that matches its great looks with equally impressive features. If speed is what you desire most in an RC car, then look no further

The Audi R8 LMS ultra created by the Belgian W-Racing Team was designed to do one thing, go head-to-head in GT3 class racing against the world’s best. The 1/6-scale AWD Losi® Audi R8 LMS ultra honors the W-Racing Team’s creation with an impressive scale model that puts you in charge of a no-holds-barred RC supercar. If speed is what you desire most, then look no further. Featuring a massive 1200Kv brushless motor typically found in 1/5-scale vehicles and an impressive 160A ESC, the Audi R8 LMS ultra surpasses nearly every other RC supercar on the market with speeds of 60+ MPH. To help manage this outrageous power, Spektrum™ AVC® (Active Vehicle Control™) technology has been included. Using AVC you can dial in extra directional stability and throttle control and harness the ridiculous power of this impressive supercar.

Up to 6S capable speed control with EC5™ connectors

Is Assembly Required: No