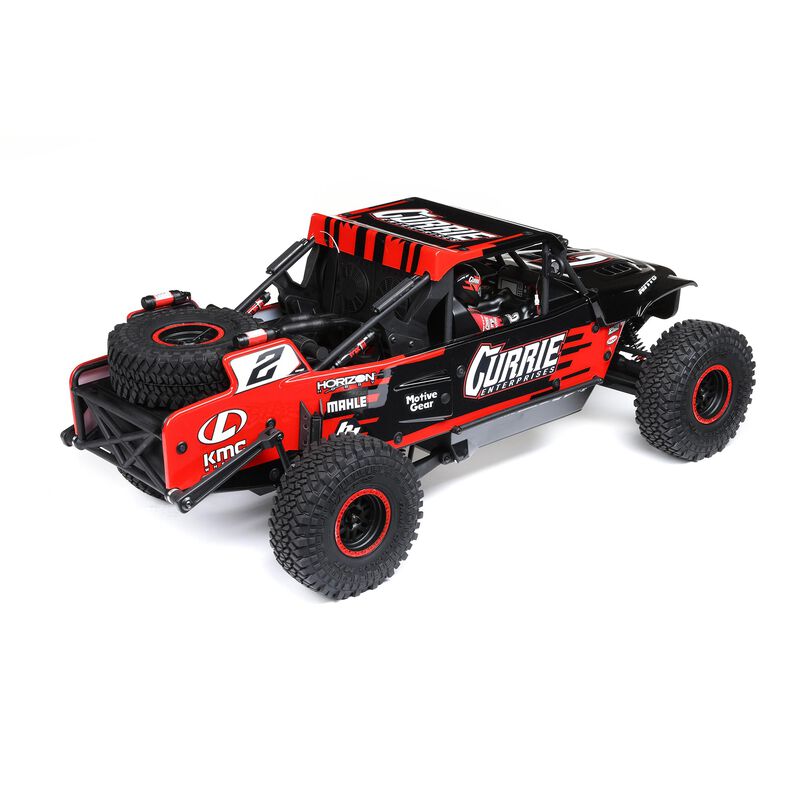 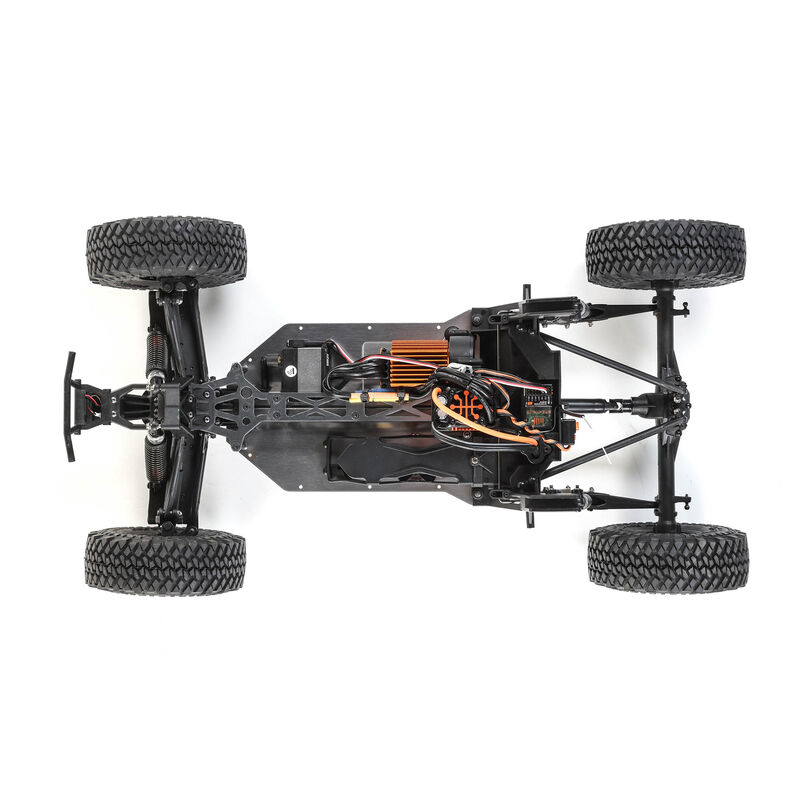 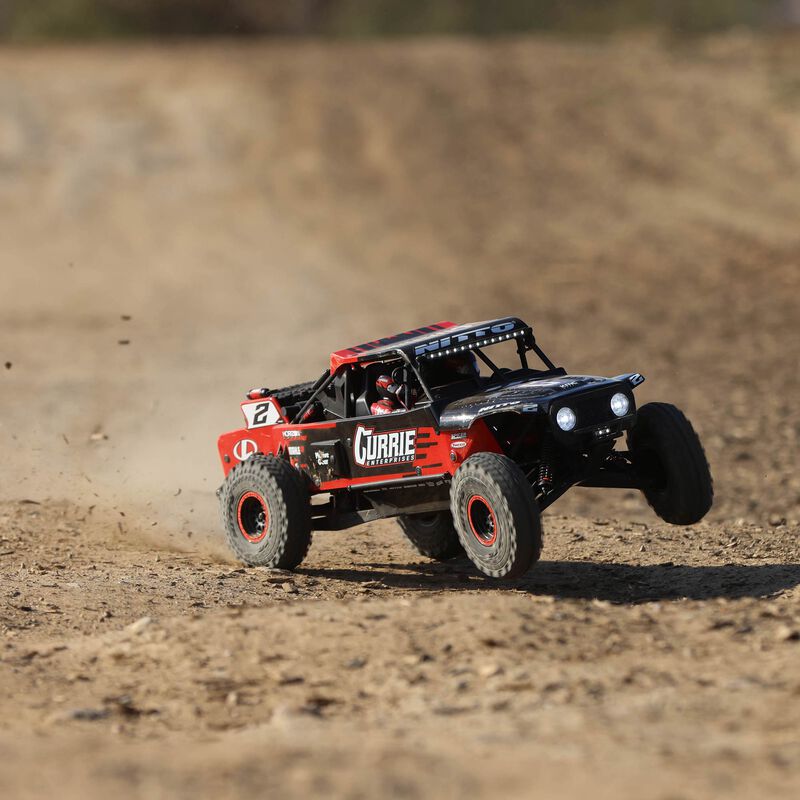 From Losi:
The Losi® Hammer Rey® is a SMART, Ready-to-Run Rock Racer with AVC®. It is officially licensed and based off Casey Currie’s U4 Racer. It’s powered with a Spektrum™ 3150Kv brushless motor and managed by the Smart 130A ESC, 6-channel DSMR AVC/telemetry receiver, and the new DX3 transmitter that provides Spektrum Smart feedback including live battery voltage. Along with the officially licensed design, the Hammer Rey includes KMC wheels, Nitto tires, and additional details such as new shock reservoirs, fire extinguishers, and new light bars. It comes equipped with a solid rear axle, independent front suspension, and oil-filled shocks, so you can tear across all types of rocky off-road terrain. And you’ll do so with the full-throttle freedom that only AVC® technology can provide. The Hammer Rey is ideal for victory-minded off-road enthusiasts looking for the top-of-the-line RC experience with the inclusion of AVC and the three-position limiting switch. With the Hammer Rey, Losi continues to push the limits when it comes to scale details, performance and officially licensed products.

Officially licensed and based off Casey Currie’s U4 Racer. It features authentic scale details to the Hammer Rey. These will have racers doing double takes as they take on all corners.

The Hammer Rey has the look and feel of its real-world counterparts in ways you never imagined with KMC Machete wheels and Nitto Trail Grappler M/T tires.

The Hamer Rey comes equipped with a Spektrum™ 3150Kv Brushless motor, a Spektrum™ Smart 130A Brushless ESC, and a Spektrum™ SR6200A DSMR 6-Channel AVC/telemetry receiver providing Spektrum™ Smart feedback including live battery voltage. This potent combination can handle up to 3S LiPo batteries (sold separately) and will allow you to hurtle across the landscape at speeds of up to 40 mph.

The steering servo mount and steering bell cranks have been re-designed for added durability.

The Hammer Rey rear suspension allows it to soak up massive whoops and bumps with the same realistic handling and movement of a full-scale U4 off-road racer. The rear axle housing includes an updated third member that uses larger diameter pinion bearings as well as an updated upper rear link mount for added durability.

The Hammer Rey is loaded with waterproof electronics including the receiver, servo and ESC. Everything is sealed against the elements allowing you to splash in the rain, spin in the mud and make tracks in the snow. It’s full-throttle freedom to run anytime, rain or shine.

The fun doesn’t stop even when the sun goes down with the Hammer Rey. A brilliant LED lights on the integrated light bars cast more than enough illumination for running at night. Plus, the body-mounted LEDs place only a small demand on the battery allowing you to stay out all night!

The long-travel shocks do a fantastic job of soaking up the energy from big bumps and jumps. They also feature threaded shock bodies with adjustment collars so you can fine tune the pre-load settings of the coil-over springs.

The single-speed transmission, as well as the front and center diffs, are sealed against the elements and engineered to handle the abuse of a high-output brushless motor and punishing terrain. MOD 1 gears further increase the durability of this desert beast. The adjustability of three diffs allows drivers to set their Hammer Rey to handle any track conditions.

The innovative rear-loading battery feature makes it possible to change the battery quickly, easily and without the inconvenience of removing the body.

The longest wheelbase on the Rey platform for increased performance and added stability at speed.

The Full-Throttle Freedom of AVC® Technology

The receiver’s built-in AVC® (Active Vehicle Control®) traction control system works behind the scenes, making hundreds of throttle and steering adjustments per second, so more of the motor’s power is translated into ballistic speed and acceleration instead of just flying dirt. The patent pending AVC system adds a level of performance that simply cannot be found with any vehicle from any manufacturer other than Horizon Hobby. Like traction control in your full-scale vehicle, you can activate or deactivate the system on the fly and adjust the level of stability based on driving conditions. Any RC vehicle can go fast and with AVC you can go faster while maintaining optimum stability in all driving conditions.

Every weekend off-road racing driver, Casey Currie’s feet are touching dirt and the gas pedal. His career has taken him all over the world with a highlight being his threepeat at the Baja 1000 in 2017, 2018, and 2019.

Full-scale U4 race trucks are a unique breed. Not only are they expected to cruise at 90MPH across the desert, but also have the torque and driveline strength to get over rock formations that look impossible to navigate.

One reason Casey Currie and his U4 race truck works so well with the Rey platform was the featured independent suspension up front and solid axle in the rear. Of course with Losi, drivers get as much detail as possible while preserving the performance and durability the Rey platform is known for in the RC racing community. The combination is a one-way ticket to victory after victory, bred for the desert and ready to impress. 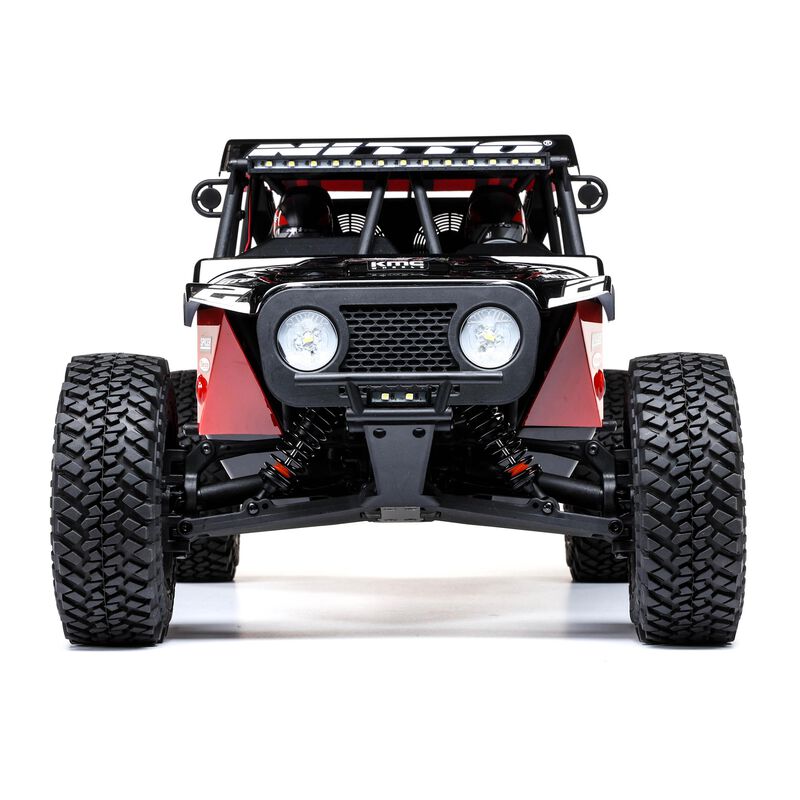 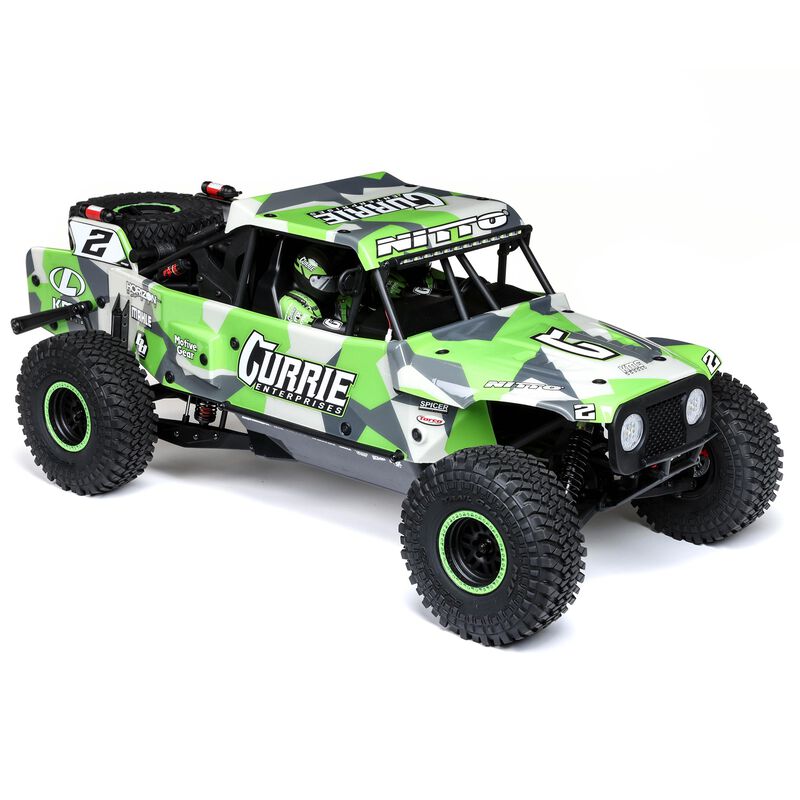 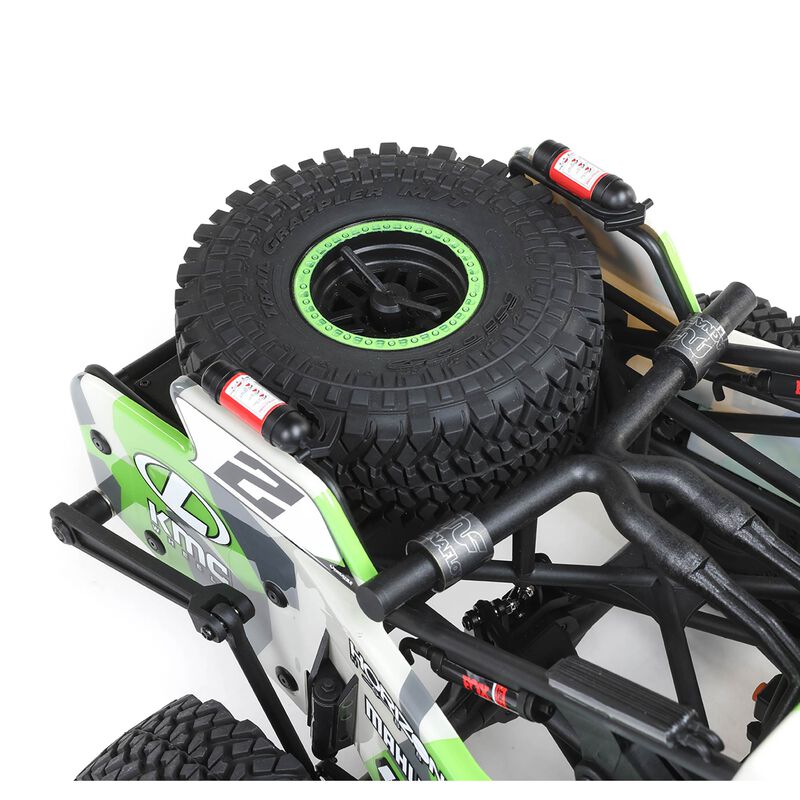 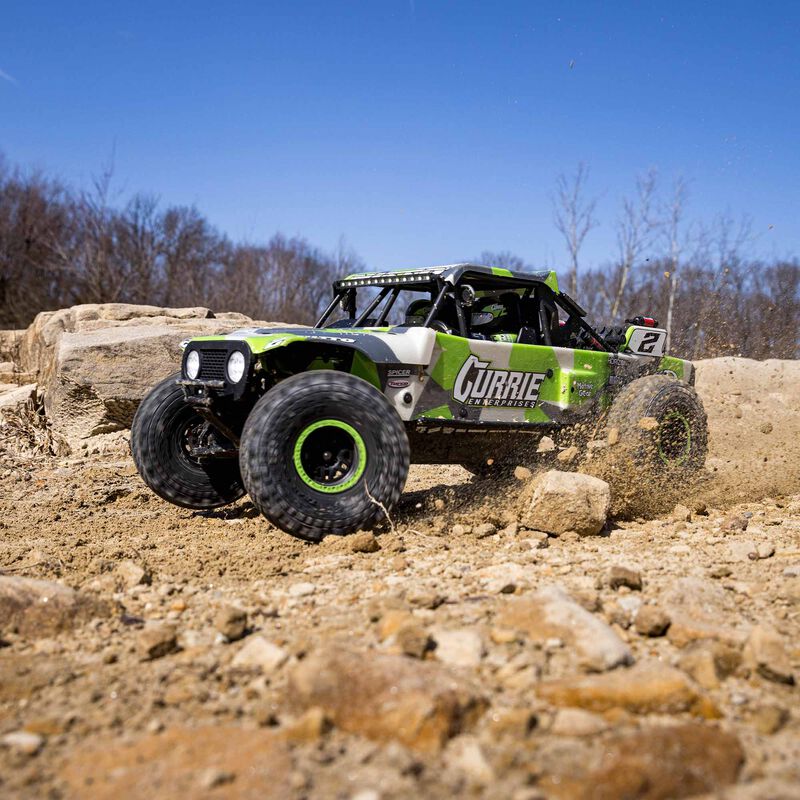 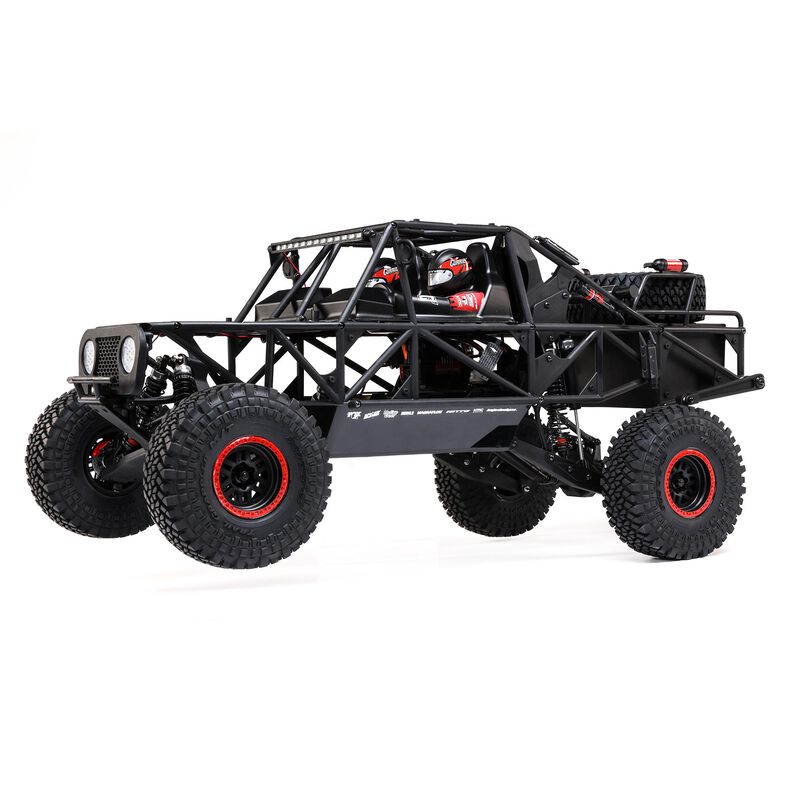 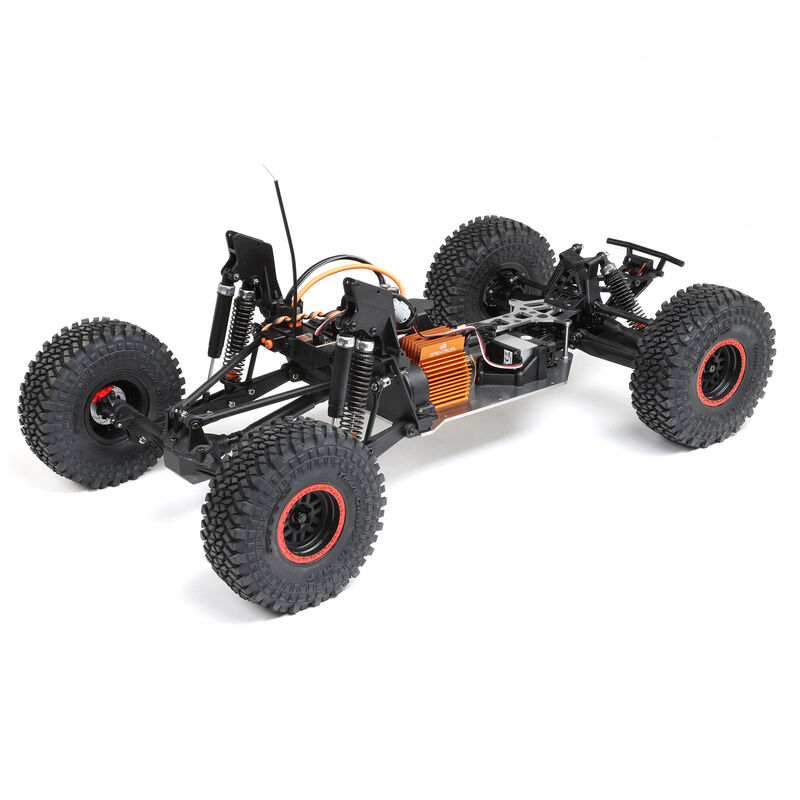 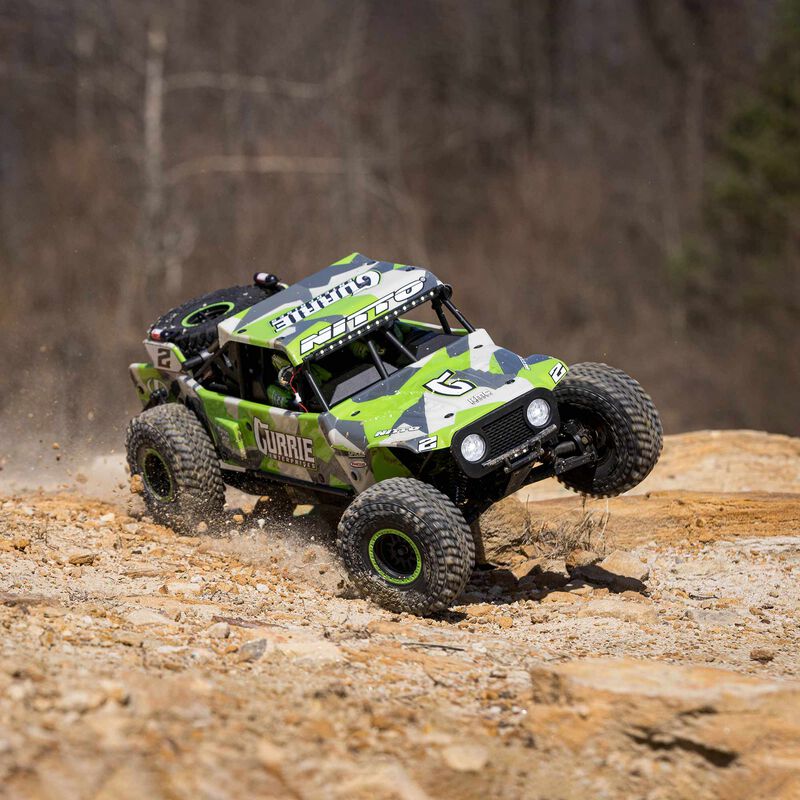 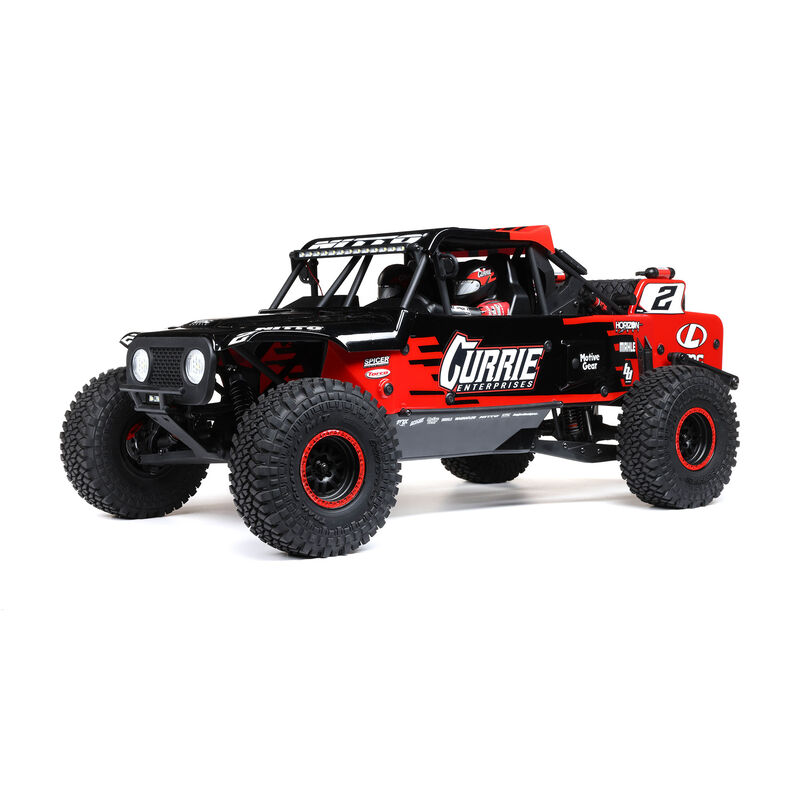 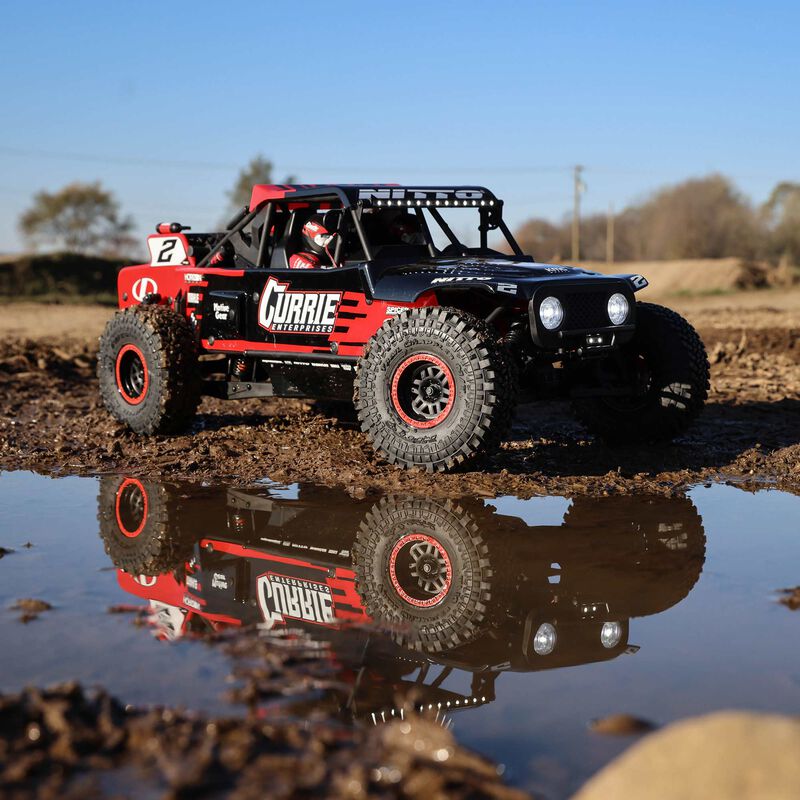 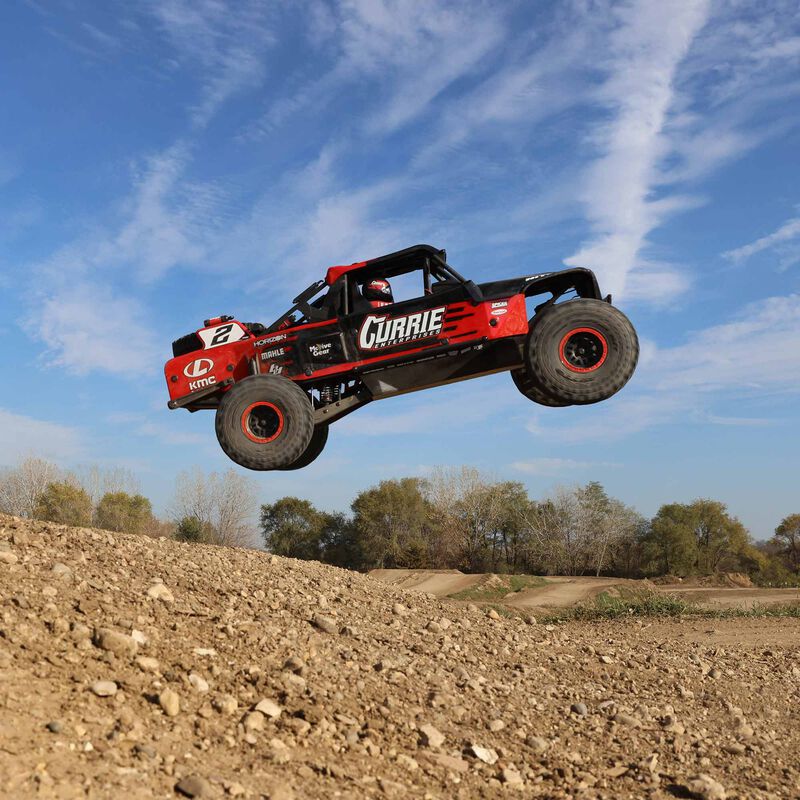 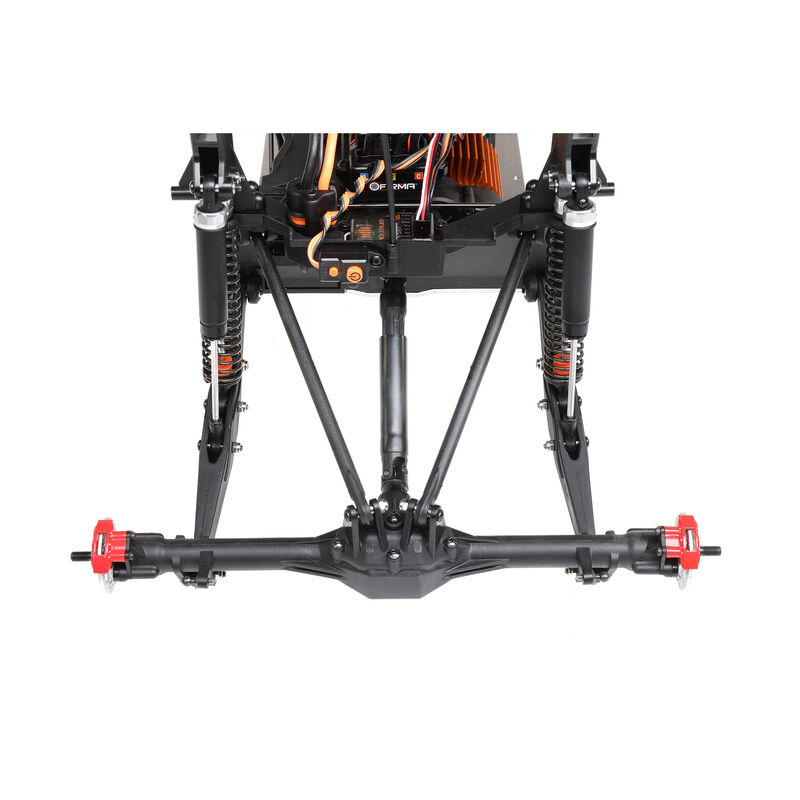 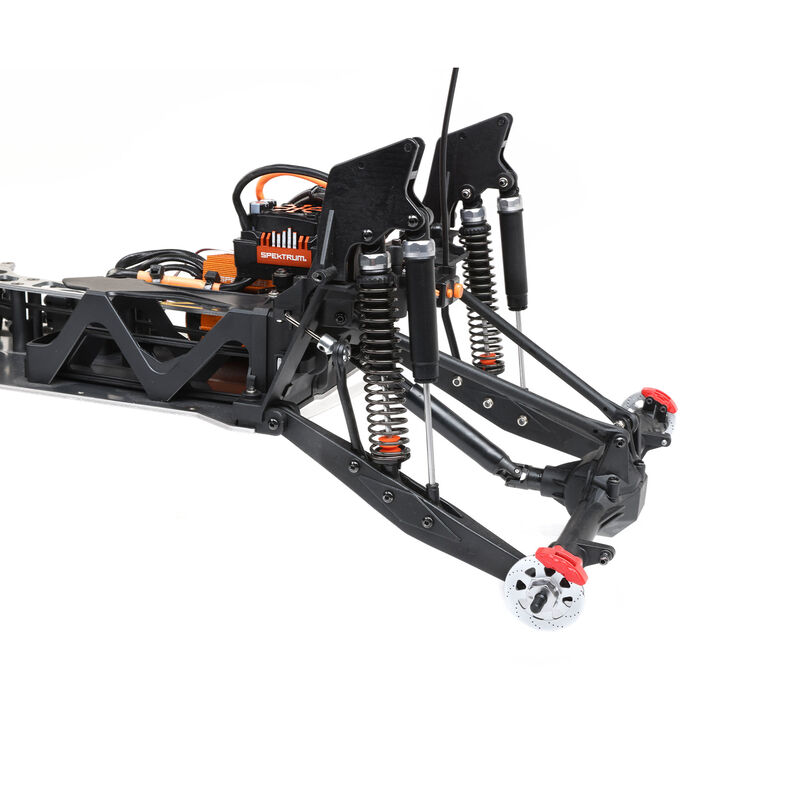 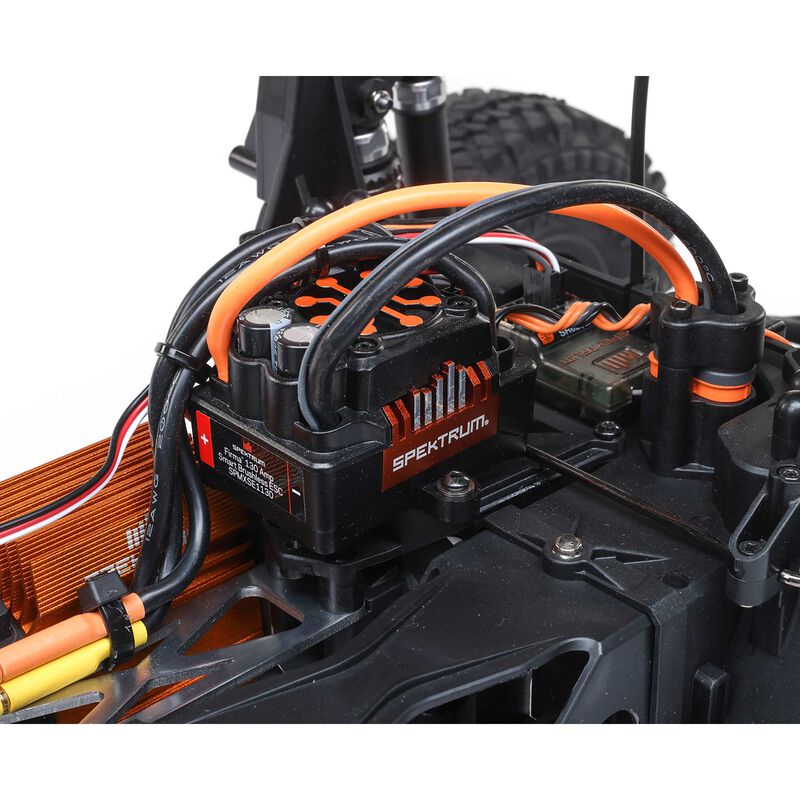