I want to trick out my trail truck with LED lights, but I’m wondering how they’ll affect battery life. What’s the range of power consumption for LED lighting kits?

The amp draw for 1/10-scale LED light kits is so low that most don’t even list a power-consumption fi gure. The actual power used will vary with the LED type and brightness, but even if you fi gure on 20 milliamps (mA) per LED, you’re only talking a total of 200mA for a 10-LED light set. So if your truck runs an hour on 5000mA without lights, that 10-LED lighting system is going to cost you less than three minutes of run time. If you typically get 10 minutes out of 5000mA, the LEDs will cost you less than 30 seconds. Do consider the drain on the receiver’s BEC circuit, however. Higher-power setups may require you to plug the lights directly into the car’s battery, rather than drawing power from the receiver. Another option is to use a separate battery pack, such as a receiver battery for a nitro car, to power the lighting system. 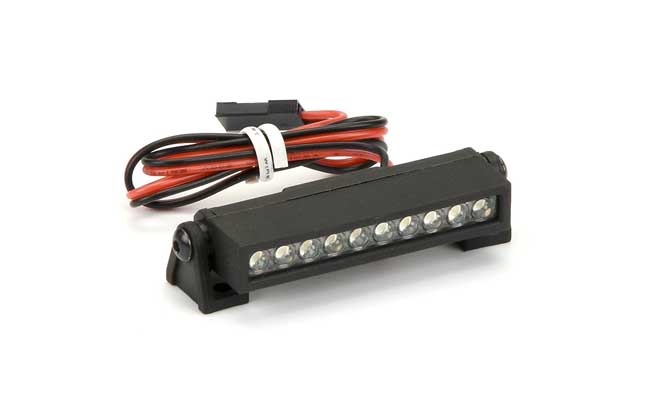 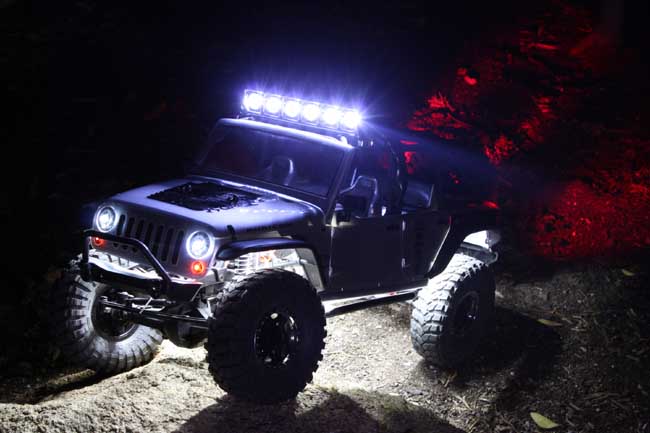 Go ahead and light up the night—you’ll barely tap into your run time. ­ This is the Rock Crawler Deluxe Light Package from MyTrickRC.com.