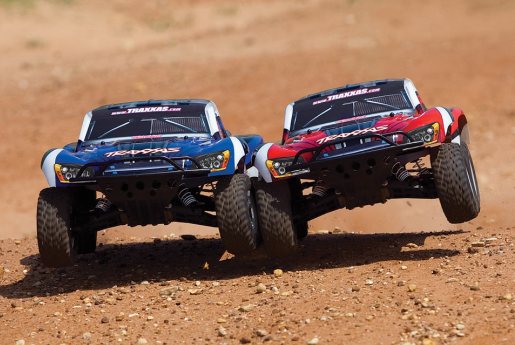 “Those who ignore history are doomed to repeat it.”

Someone much wiser than I said this phrase many ages ago, and it applies directly to politics, engineering, life in general, and of course, RC.  With participant turn-over rate in RC that’s remarkably high–ie, our hobby has more new RC’ers each year than those who stay in it–we are bound to overlook, as a group, certain failures of the past.  In fact, most RC’ers are so new to the hobby that they’re completely incapable of remembering these failures in the first place.

More specifically, I’m writing about our hobby’s mind-bending ability to take a cool, fun new racing class and ruin it.  Hey, calm down; I’m not implying that anyone has ever ruined a racing class intentionally.  It’s just the way things happen.  It’s inevitable. Racers strive to make their cars faster at any cost.  Speed costs money.  Whether we like it or not, increased costs equals fewer people participating.   Over time, when left to its own devices, a racing class tends to whittle itself down to a hardcore, tiny group of die-hards who either have far too much money to burn or are far too competitive to walk away.  In either instance, this small group of die-hards scare the daylights out of newcomers, and eventually the class either dies completely or becomes an ultra-niche class.

So, what makes a class cool and fun and popular?

In my opinion, it’s all about participation.  The more people that participate, the more fun any class becomes.  Large groups of racers in a single class creates competition, bench racing, bragging rights and smack talking.  It’s just more fun when you have 6 heats of a class rather than one.

The Short Course class is the class I’m concerned about.  Need proof that forgetting about the past dooms us to repeat our mistakes?  Do any of you remember slot car racing?  How about dirt oval?  Or touring car?  What about competitive rock crawling?  Each of these classes started out HUGE, with tons of participants.  Over time, each class became more and more competitive, with racers spending untold piles of cash on the latest, greatest tires/speed control/batteries/engine/you name it.  What happened each and every time as the class progressed towards ultra competition?  It shrank.  The guys who were in it to have fun quickly dropped out when they got lapped five times in a qualifier.  The guys who just wanted to show up and race for the heck of it found their jaws on the floor once they realized it would require a capital investment of thousands of dollars or a Haas CNC machine to stay competitive.

So how do we curb our urge to push short course racing towards its possible extinction?

SPEC RACING.  Novak recently released its new GTB-2 “spec” speed control.  No adjustable motor timing.  No laptop PC link.  Just an speed control that controls the brushless motor.  Spec tires are being discussed.  All of these are things that will stop the avalanche of costs that are slowly killing the short course class before our very eyes.

If we want to save the short course class from itself and from the die-hards who want no rules, the short course class needs a strong set of SPEC RACING rules.  ROAR is working on it.  Local clubs are figuring out that “open” or “modified” classes where any motor or speed control is allowed produces exponentially smaller entries than “stock” or “spec” racing.  This isn’t a coincidence!

What are your thoughts?  Is the short course class destined to suffer the same fate as other once-popular classes, or can we save it from itself?