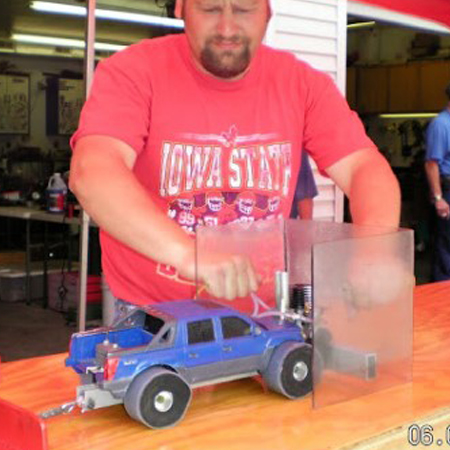 RC truck pulling has some of the coolest trucks around and many of them are capable of pulling weights that are almost too heavy to believe. While doing some research for the pulling truck that I eventually want to build I stumbled across the NMMTPA which stands for the National Micro-Mini Tractor Pulling Association. These vehicles are 1/16-scale and use parts from RC cars but aren’t controlled by a radio or servos, which sort of makes them the slot cars of the pulling world. Here’s how the scene is described at the NMMTPA site:

The NMMTPA was founded in 1976 and is the main sanctioning body of Micro-Mini Tractor Pulling in the United States and Canada. Micro-Mini Tractors and Trucks originate from an ERTL type tractor or Tonka type trucks which are then fitted with a model airplane or car engine, driveline, and special pulling tires. A weight transfer sled is pulled by these small “toy” pullers on a 2’x16′ wooden track which is either covered with a formica surface or sealed with a smooth surface of polyurethane. Some of these pulling units in the 6 lb. open modified tractor class have been known to pull in excess of 600 lbs. There are currently seven sanctioned NMMTPA classes. They are: 3lb.Pro Stock Tractor, 5lb. Pro Stock Tractor, 2WD Road Vehicles, 5lb. Super Stock Tractors, 4×4 Trucks, and 6lb.Open Modified Tractors and optional 7lb Semi. 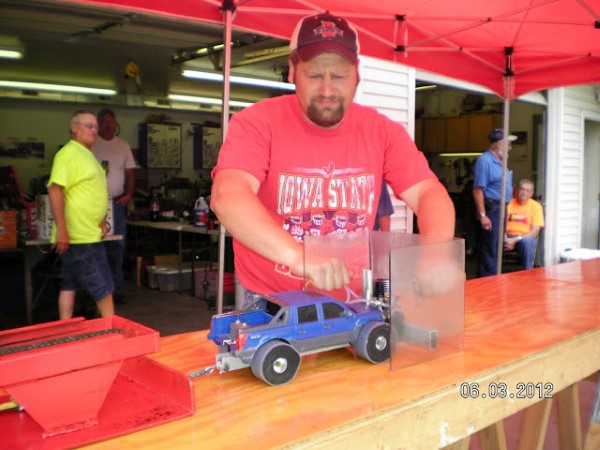 Yep, they run the trucks on a slick table top. It takes two hands to make a pull; one hand works the cable-operated throttle, the other moves the clear plastic guide to keep the truck from running off the table. 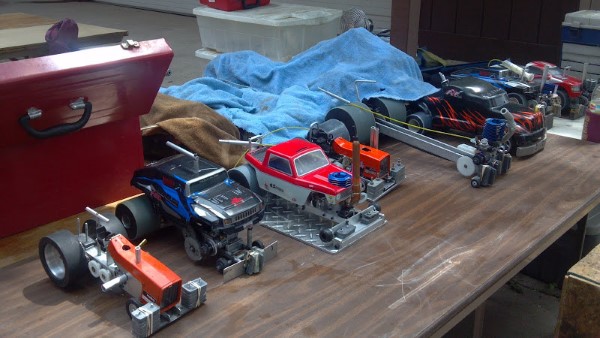 The trucks and tractors are custom-built and 1/16 scale. 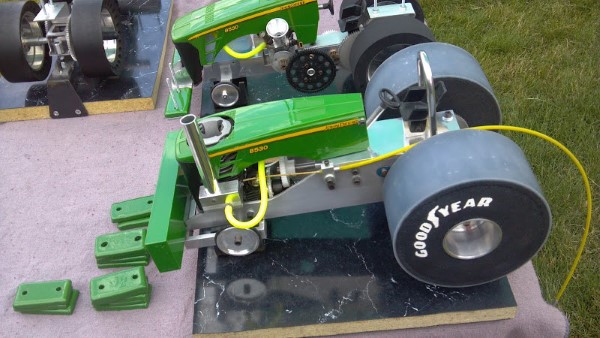 Check out those tires, they’re very different from what we are used to seeing on the RC side of pulling. For table-top pulling, solid rubber tires are the way to go. 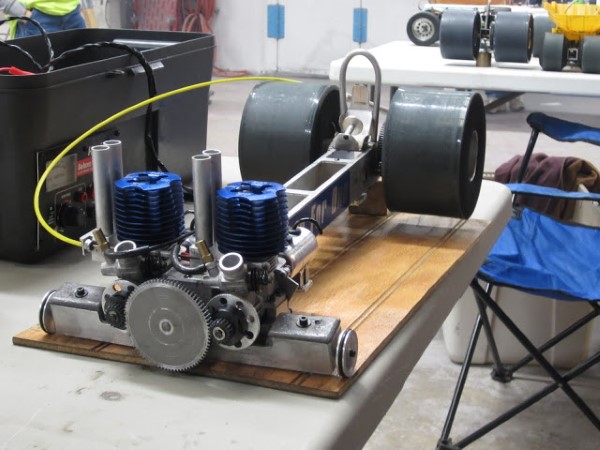 These guys go crazy with multi-engine machines. This 2WD puller has a pair of .21 mills, note the yellow throttle cable. 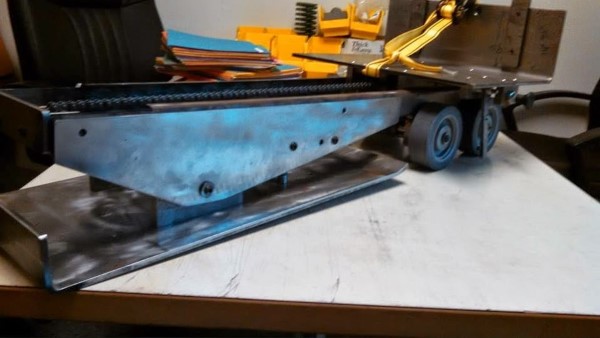 A weight transfer sled is used to challenge the pullers. Look how beefy that thing is.

Here’s a video of a truck in action. No tuned pipes here; open exhausts are king at these events. Look at the stack of weights behind that sucker.