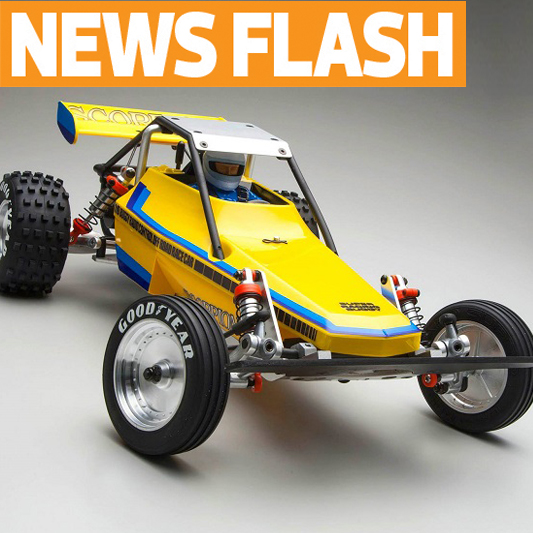 After teasing the Scorpion re-release last week, Kyosho has now revealed details about the highly-anticipated vintage machine, which is set to debut at the RCX show on May 17-18. As the hype-sheet reveals (and as we anticipated), the new-old car is highly faithful to the original specs but also beefed up and refined where needed so you can outfit it with modern gear and give it a proper thrashing. Modern highlights include a slipper clutch, 48-pitch geartrain, compatibility with the Ultima RB’s ball diff (as an upgrade from the supplied gear diff), and wide-track front suspension. The shocks are also improved, with the smooth action expected of modern oil-filled units. 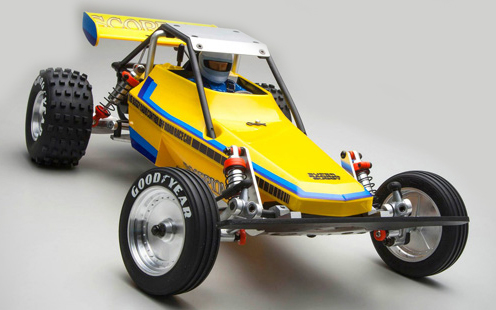 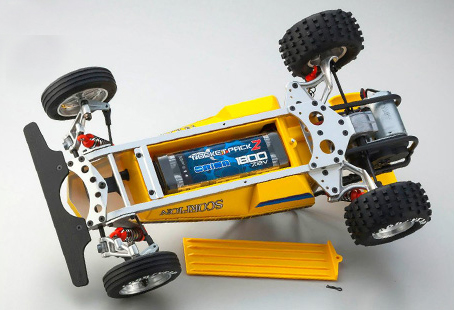 Kyosho’s pic shows a NiMH pack, but it looks like a square-sided LiPo will also fit. 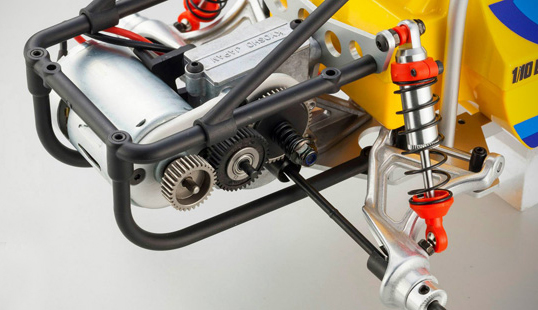 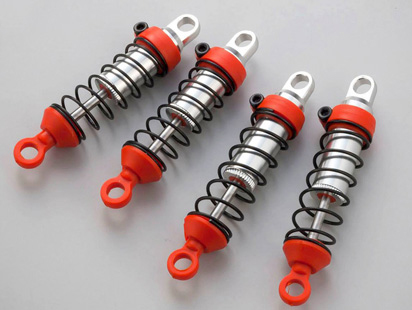 The shocks look like they did in ’82, but modern CNC tech will make these far better performers. 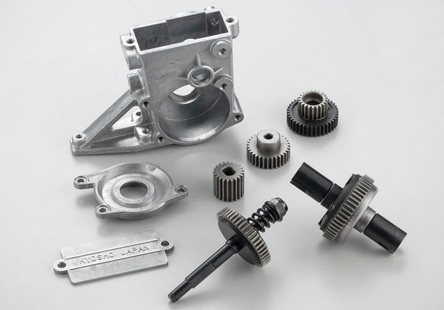 Love the cast-alloy gearbox. The internals and slipper clutch are new. 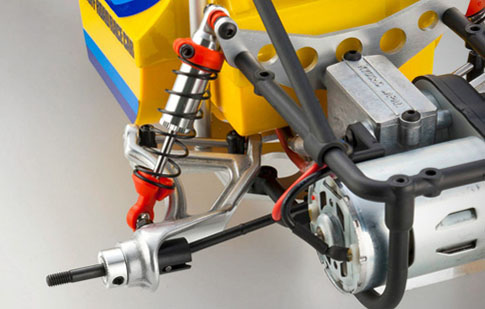 Another angle on the rear suspension. Note that there’s no drive hex; it appears the wheel is simply tightened against the knurled surface so it doesn’t slip. 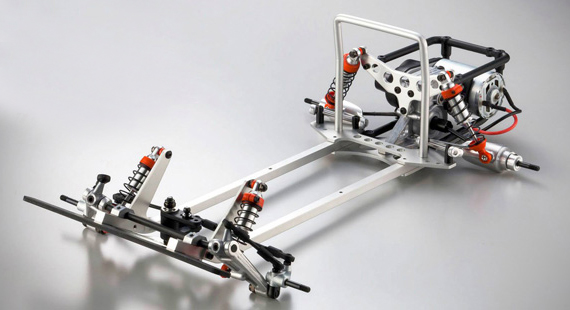 Beautiful. Worth buying two just to display one like this! 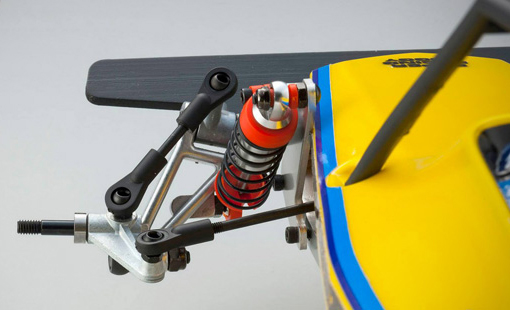 The trailing-arm front suspension is old-school VW Beetle tech, just like the full-size buggies of the era.

From the Kyosho Japan web page:
The legendary Kyosho Scorpion is credited with taking the racing buggy category into the realm of pure motorsports. Even after 30 years since it was first released in 1982, the indelible mark of the Scorpion still exists with its many fans around the world. Kyosho is proud to renew this machine to all its former glory! While maintaining the wild and free spirit of the original baja buggy style and chassis layout, the 2014 version features the latest in performance technology and sacrifices nothing in speed and endurance on modern buggy racing tracks. Externally it may look like the original Scorpion with its semi-trailing suspension arms, but the advanced 6061T6 forged aluminum material delivers futuristic levels of strength, rigidity and durability. Following the original design, the Scorpion 2014 features a new two-piece die-cast aluminum gearbox with differential gears. In addition, the included slipper clutch protects the transmission as well as delivers efficient traction that takes the Scorpion’s control feel and durability to a new higher level. Precision 48 pitch gears reduce traction pulsation for direct driving control characteristics while the flat under surface of the countersunk chassis has no protruding screw heads for minimal contact resistance and scraping, resulting in higher durability. Stainless shafts combine with aluminum cylinders in the oil shocks for smooth stroke from top to bottom and running performance worthy of a true racing buggy. Like the original Scorpion, the 2014 version is packaged as an unassembled kit, but nearly all tapping screws and nuts have been replaced with the improved lightweight and security a hex screws. From expert racers who knew the magic of the original Scorpion to modern-day racers, discover for yourself why the Scorpion 2014 commands such respect!