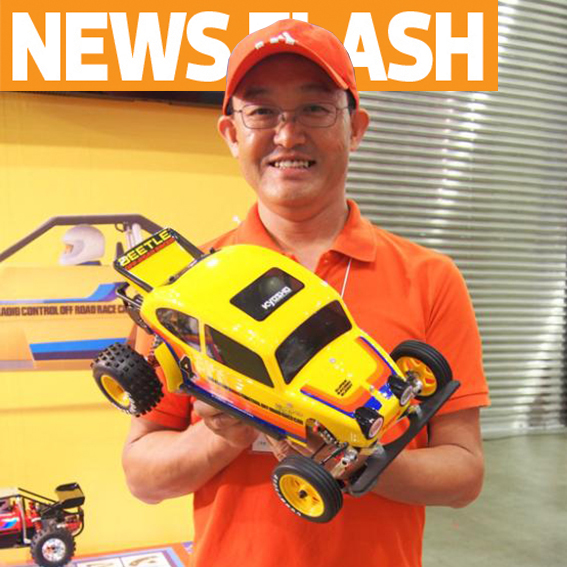 Kyosho has another re-release on the way, as these shots from the Tokyo hobby show (via hobbymedia.it) reveal. The original 1983 Beetle was based on the Scorpion, which makes it fitting that a Beetle re-release would follow the successful Scorpion re-release. Predictably, the car looks fantastic, and you can count on the improvements Kyosho made to the Scorpion (improved shocks, brushless-ready drivetrain, sealed gear diff, etc.) to be included with the Beetle as well. Add this to our “want” list… 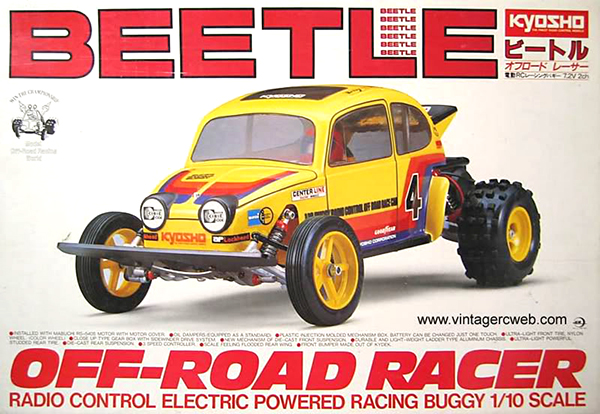 Original box art via vintagercweb. If Kyosho follows the formula for the Scorpion re-release, the Beetle box should be lightly tweaked to let you know it’s the “new” car inside but otherwise retain the vintage flavor of the original packaging. 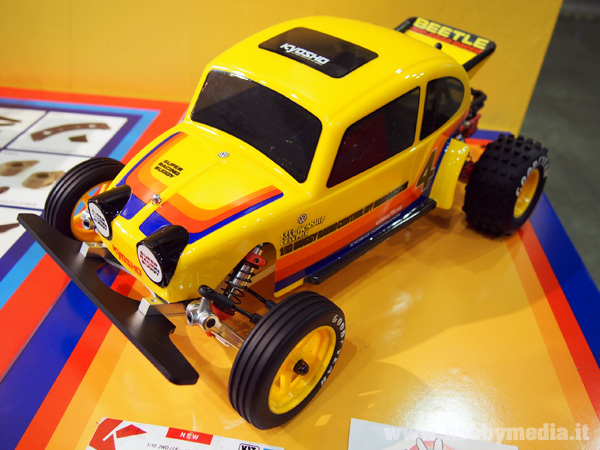 Love the proprtions, and the VW-style suspension couldn’t be more fitting for the topic. 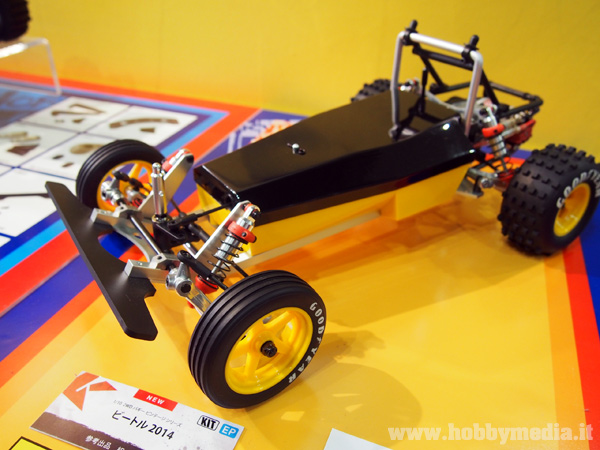 A cover prevents the electronics tub from filling with dirt and debris. Although the car looks spot-on with the 1983 original, it’s actually built with new (and better) tooling. 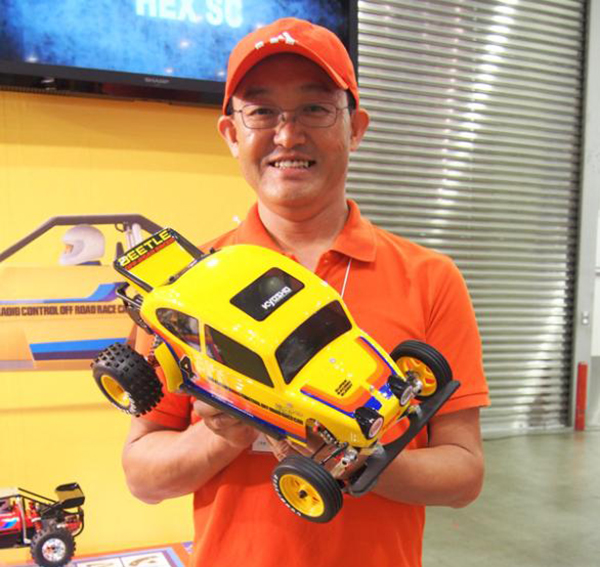 Akira Kogawa was barely out of his teens when we went to work for Kyosho and designed the original Scorpion and Beetle back in the early 80s. We interviewed Akira in the October issue’s review of the Scorpion. Click to enlarge below: 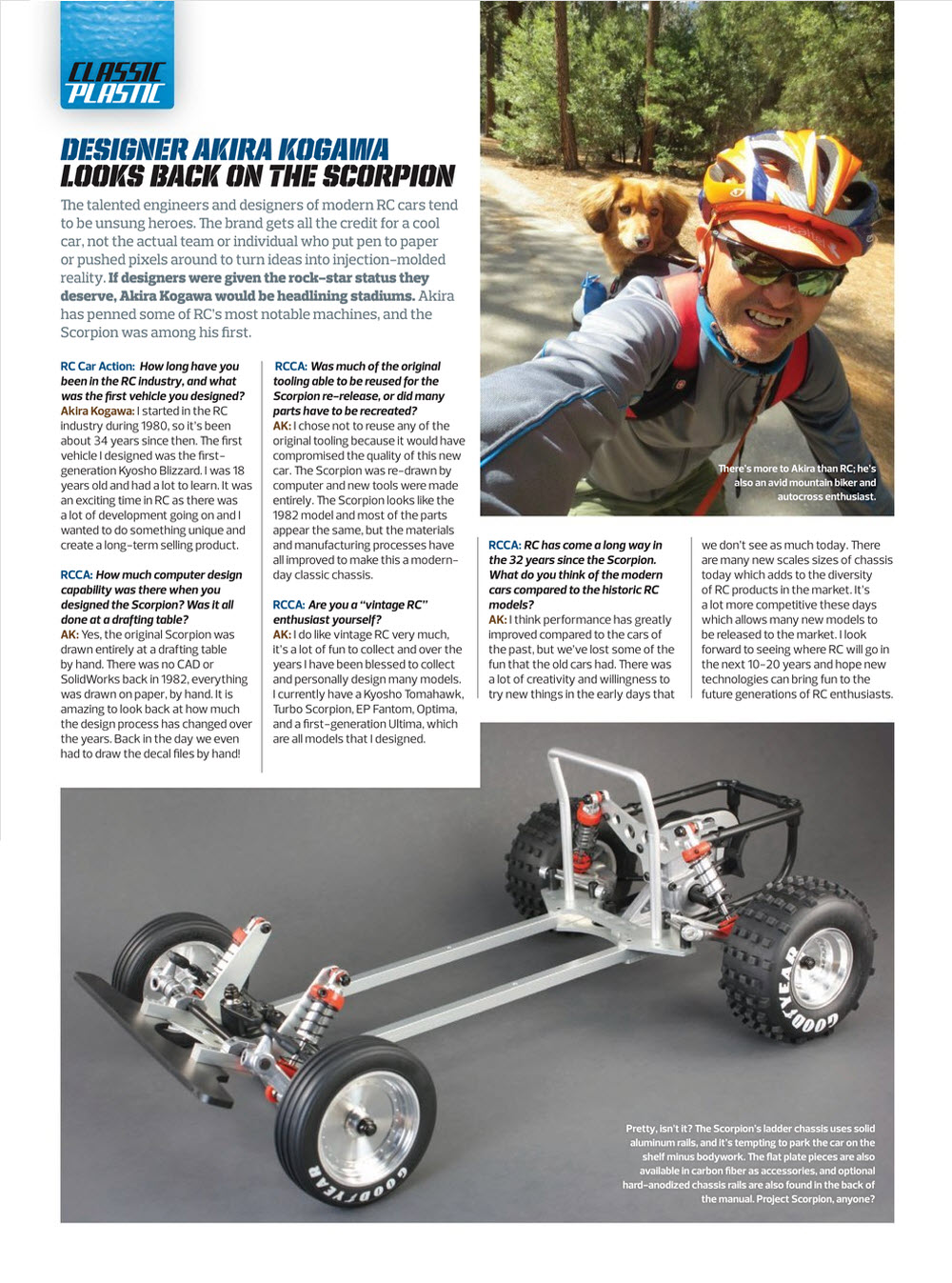