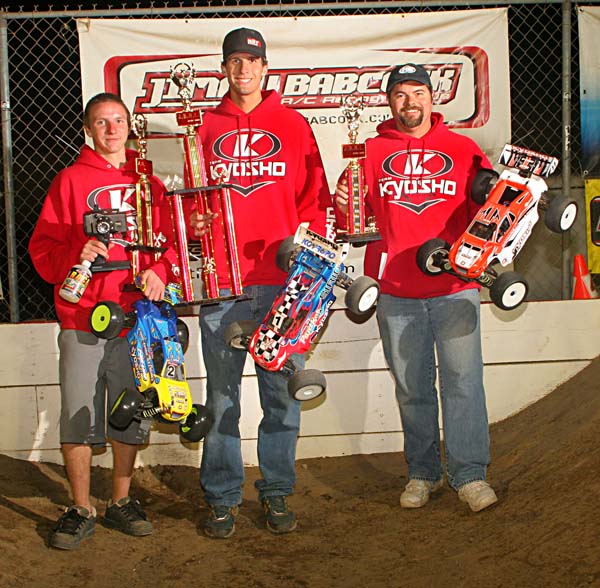 Kyosho Factory Driver Ryan Lutz and a number of Kyosho drivers attended the final race of the season for the popular Southern California JBRL (Jimmy Babcock Racing League) Series. Lutz went into the final race of the series having already clinched the Truggy title, but if there were any question why the championship was already locked up, Lutz and the ST-RR made it abundantly clear. Lutz jumped out to an early lead over TQ Levi Jackson, also driving an ST-RR with a short chassis, and didn’t look back. His Sirio CL7B-powered ST-RR was very fast and agile, stretching out nearly a two-lap lead at the end of 15 minutes. Kyosho drivers Levi Jackson and Jimmy Wright finished second and third respectively making it an all-Kyosho podium. Jackson also took third overall for the series, giving Kyosho two of the three podium positions for the series. Cody King and Ryan Lutz also finished second and third for the series with their Sirio-powered Inferno 777 WC cars.