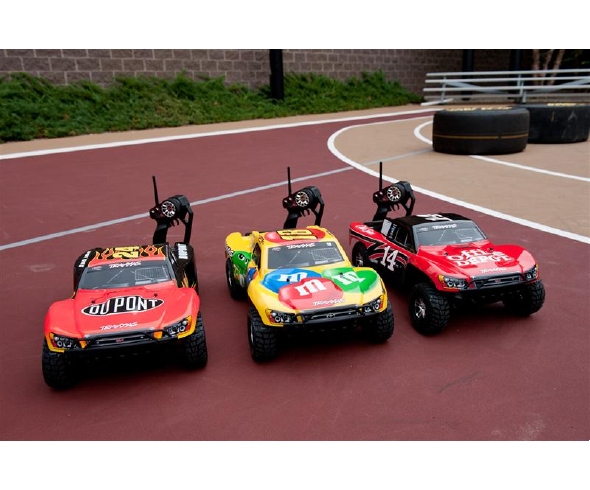 NASCAR superstars Kyle Busch, Tony Stewart, and Jeff Gordon visited ESPN headquarters in Bristol, CT for appearances on NASCAR Now and other ESPN and ESPN2 programs, and part of the fun included the “NASCAR Now 5”—a five-lap race with Traxxas Slash trucks!

The trucks were custom-painted to match each driver’s NASCAR graphics, and they raced around an oval that was set up with cones and tires on a basketball court—talk about high grip! The three drivers each showed their skill as they quickly found the fast way around the track in the practice race, and even made setup changes as Jeff Gordon and Tony Stewart both installed an extra preload spacer on the right-front shock for improved “LTO” handling. When the cameras rolled for the race, Tony Stewart got the jump and put in five fast, smooth laps to take the checkers with Kyle Busch and Jeff Gordon not far behind. “This is the match race NASCAR fans have been waiting for,” said race announcer Mike Massaro to Stewart after the race. “To knock off Kyle Busch and Jeff Gordon, what does this mean to you?” With tongue firmly in cheek, Stewart replied, “Well, I’ve trained for this for about 15 years, and have been secretly awaiting this day. I couldn’t sleep last night and I really found it tough to let myself relax knowing that this was going to be such a big day.” With sincerity, Stewart added, “This is a great way to start champion’s weekend, I love starting the chase with a win.”

The ESPN staffers who lined the track cheered the drivers on, and everyone got the chance to take a lap themselves with the extra Slashes that Traxxas brought along. The custom-painted NASCAR Slashes were autographed by their respective drivers and donated to ESPN for a future charity auction, and all three drivers expressed their thanks and appreciation to Traxxas for coming out and supporting them. Traxxas thanks Kyle Busch, Tony Stewart, Jeff Gordon, and everyone at ESPN for a fun race and an exciting segment with The Fastest Name In Radio Control. 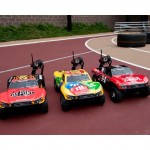 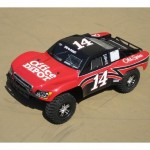 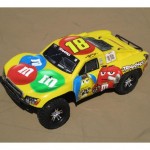 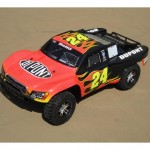 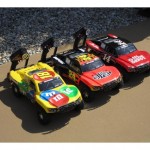 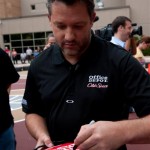 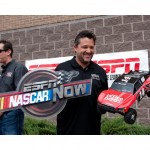 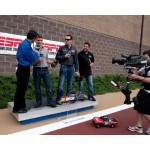 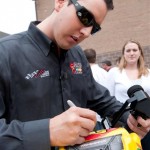 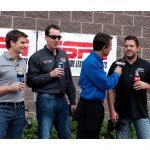 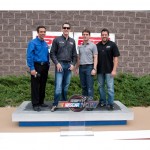 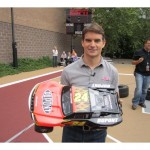