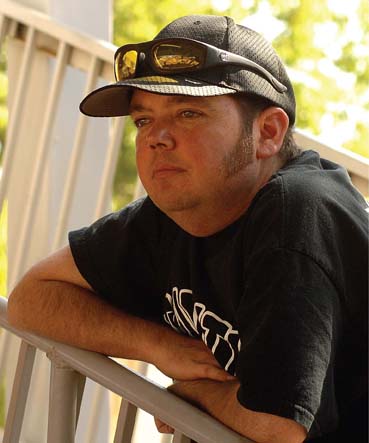 THIS MONTH WE TALK TO RACING LEGEND BRIAN KINWALD. Kinwald has been racing longer than he likes to admit. He has won countless national championships and multiple world titles, and he was one of the first drivers ever to get paid enough that he officially lived off RC racing. In this installment of Pro Talk, Kinwald talks about the good ol’ days of off-road racing, when he was first coming up.

RC Car Action:
What was racing like when you first started?
Brian Kinwald:
Off-road racing has changed a ton over the years. When I started, you bought a car and ran it. No one cleaned them or changed setup, or anything like that. There may have been a few smart guys who went the extra mile, but not many.
RCCA:
When did you decide racing was going to be your main gig?
BK:
I would say within about five years of when I started racing it got very serious for me. That’s around the time I won the ’93 Worlds for Team Associated, and shortly after, Trinity and Losi made me an offer to come work for them. As you can imagine, it got more serious; I now had responsibilities. And, once you win, it just fuels your fire to win more. I started racing in 1988, and it has been a major part of my life since then; it’s all I do.
RCCA:
Do you have any rivals?
BK:
As far as rivals, I really didn’t look at it that way. I know I had them, like, say Mark Pavidis, Jeremy Kortz and Masami Hirosaka, but I usually focused on not beating myself instead of beating someone else.
RCCA:
Racing was said to be much dirtier back in the day, and hacking was a major part of big events. What is your take on that?
BK:
As far as dirty racing, I’ll say it never happened to me; but there were times when I would see guys in the A-main go a lap down to take out the leader on an opposing team. It wasn’t uncommon for someone to land off a jump on the wrong side of the track. This was before I got really good. It wasn’t very organized back then. There were times I had to drive defensively to avoid being hit, but I think that’s normal when everyone is gunning for you.
RCCA:
Can you talk a little bit about the Associated versus Losi rivalry?
BK:
When the Losi and Associated rivalry started, it wasn’t that they hated each other; each team just really wanted to win. It was a classic Ford versus Chevy battle, and it’s still that way today. Back then, crazy stuff would happen. There were no driving penalties given out for rough driving. The announcers wouldn’t call out traffic for the leaders, and many times you didn’t expect the lappers to yield. Accidents weren’t always accidents. I never personally heard of any team orders or was asked to do anything, but things did happen. There were a lot more fights back then. The rough driving and hacking by the other team made racing very exciting. The 50 percent of drivers or B-teamers caused most of the stuff that went on. They thought the top guys hated each other and would often try to show their loyalty to the team. I don’t remember taking anybody out, but I sure remember when it happened to me. Back then, racing was nowhere nearly as clean as it is today. I had my fair share of hitting people and getting hit. Rough driving ruined many races, but, hey, that’s how it was. I guess the whole point is that racing has really evolved. Today it’s more organized, the racing is cleaner, and it’s a more professional arena. I am really impressed with the way our sport has progressed.