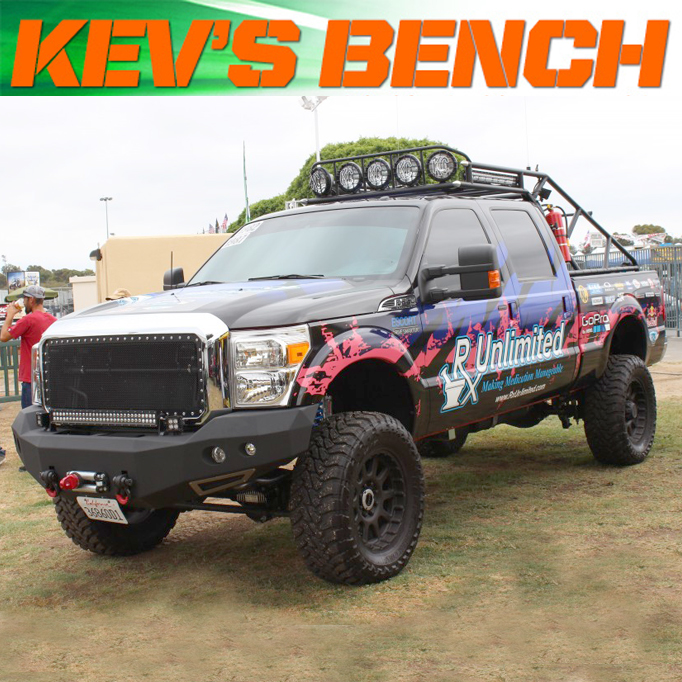 One of the cool things about living in Southern California is that there is a lot to do year round. What I like most are all of the different motorsports events that are going on at any given time. This weekend I attended the Sand Sports Super Show in Costa Mesa, CA. This show is packed full of various trucks, sand rails, side-by-sides and anything else you would see in the dunes. I bought my trusty camera along to get some pics so I could show you some of the action. There were a lot of vehicles at the show that inspired me to build tricked out RC projects. Here are some of the highlights. 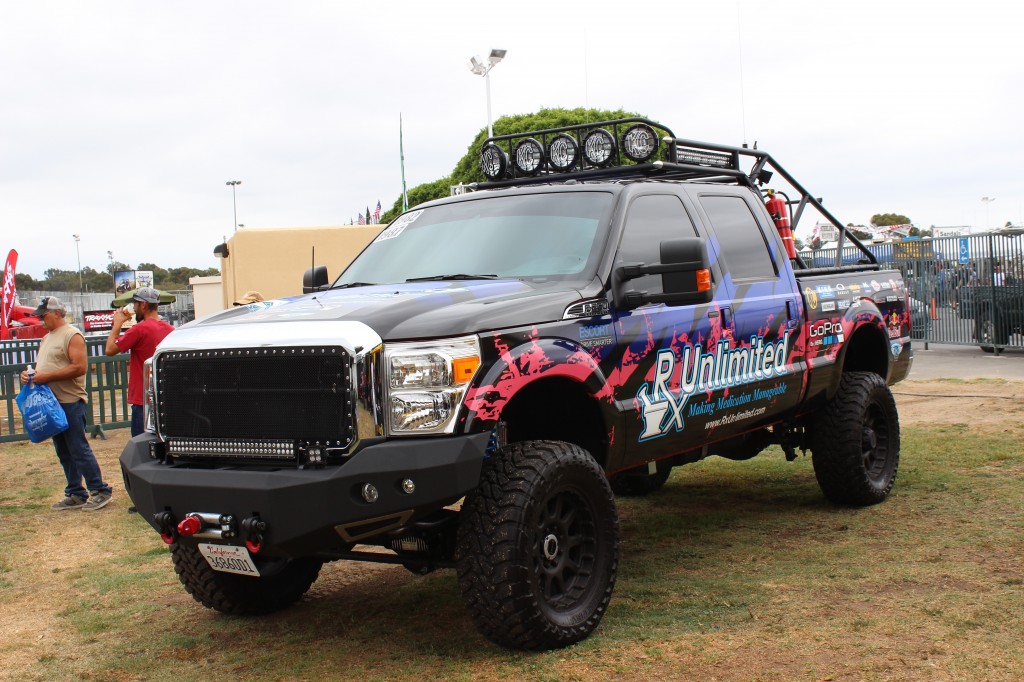 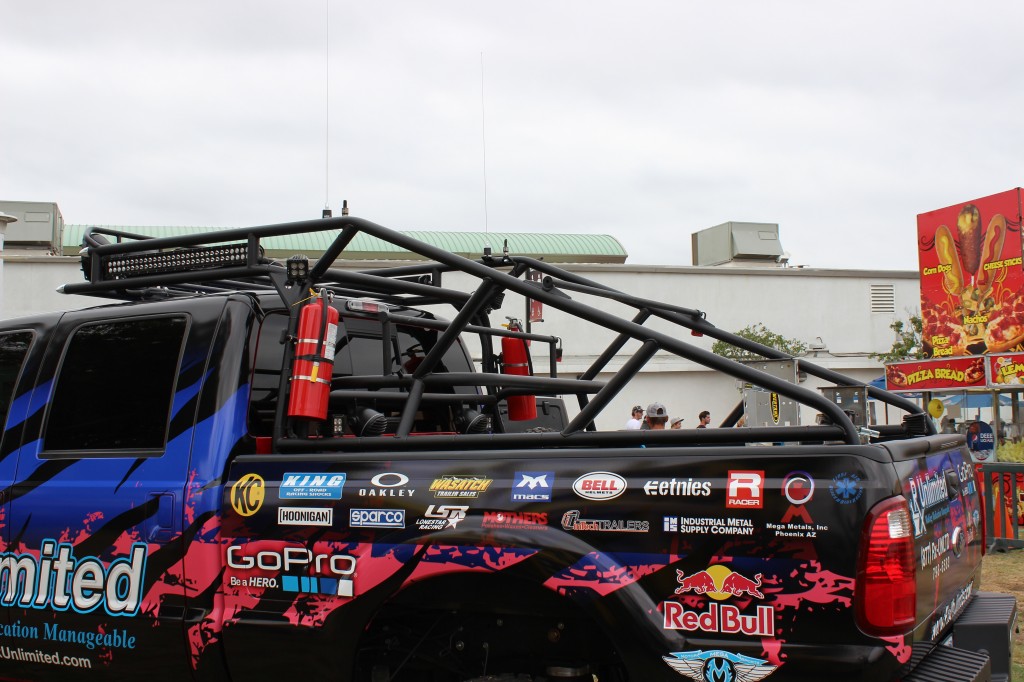 While walking along I saw this truck off in the distance. From the front it looks like a scale rig with Pro-Line’s Ford F-250 Super Duty cab. The bumper even looks similar to the Pro-Line’s Ridge-Line bumper. In the back of the truck is a unique roll bar that connects to a roof rack. I might have to build something like this for my 32 Ford pickup rock crawler project. 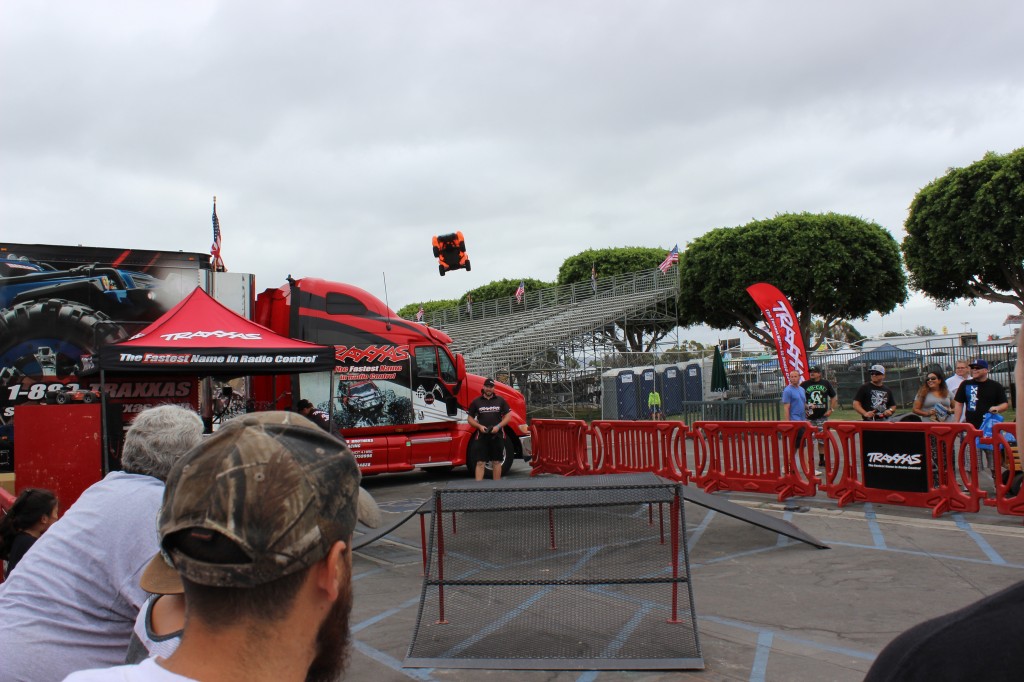 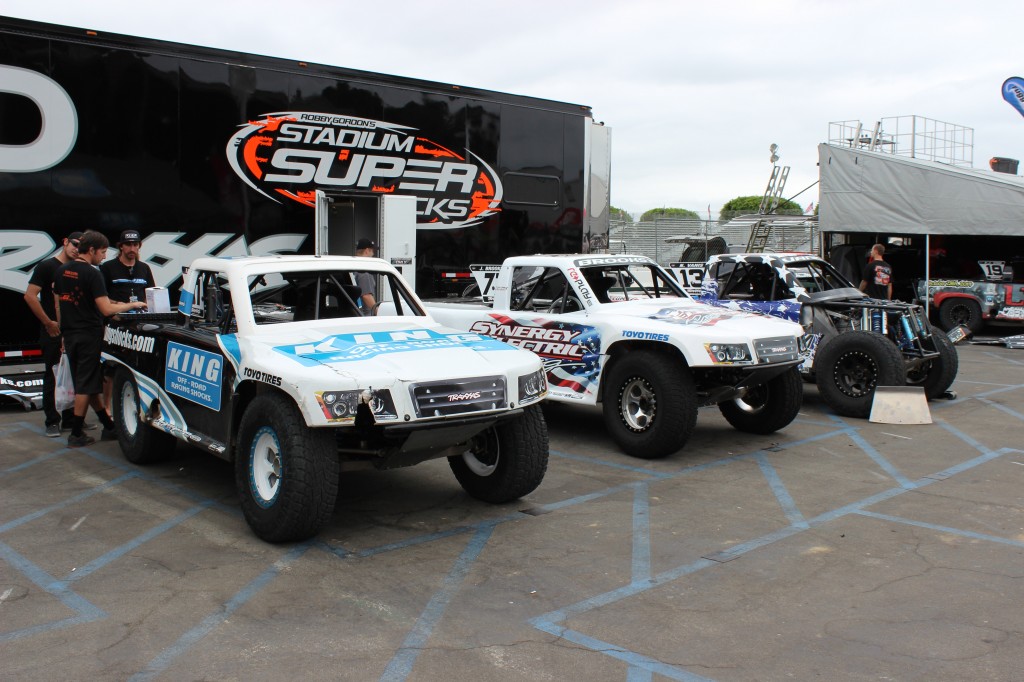 Here are just a few of the Stadium Super Trucks ready to hit the track. Look how small they are. I guess that’s how they are able to get them to fit inside the stadiums and parking lots that they are racing in these days. 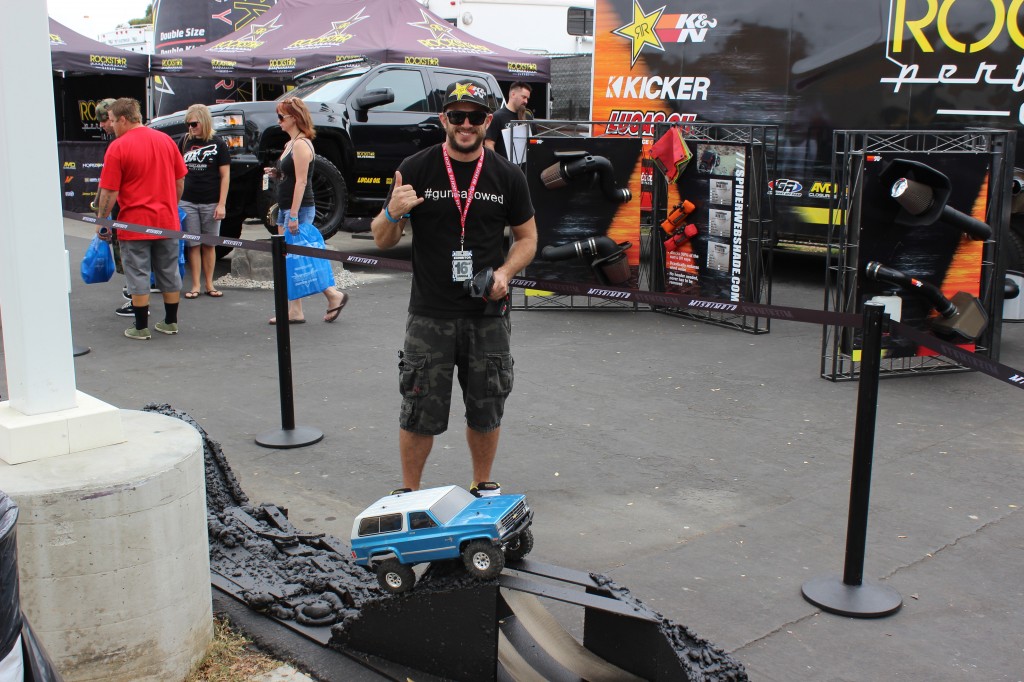 Those of you who attended RCX may remember this guy. Nick Ashby from Rockstar Performance Garage was at the show giving away RC cars from Horizon Hobby and showing off what the Vaterra RC rock crawlers can do on his custom made trail course. The course was made up of various items such as Rockstar Energy cans, old air filters and so on. Yep, that’s a Vaterra Ascender on the trail course. 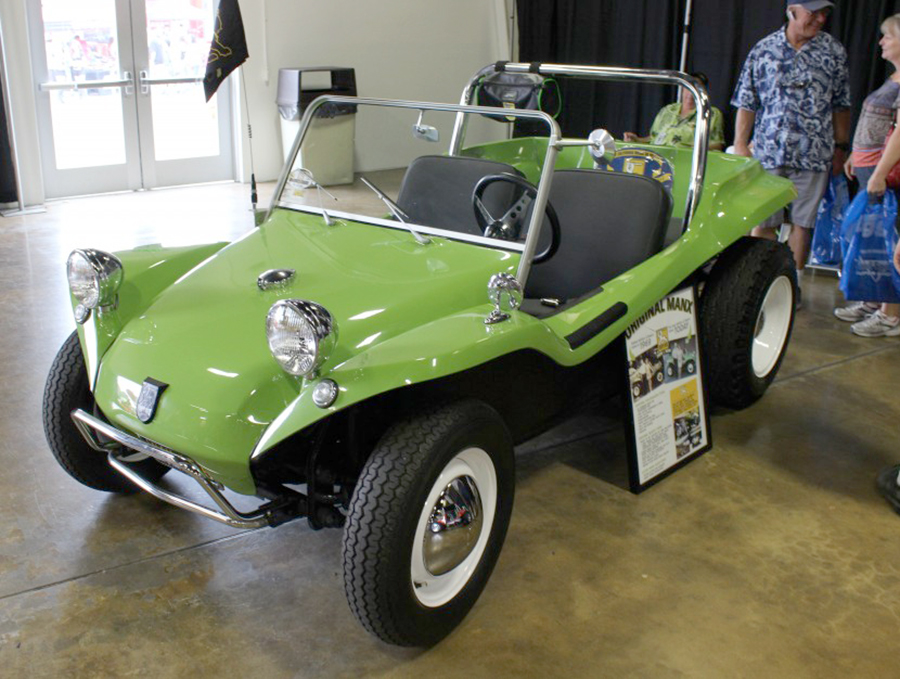 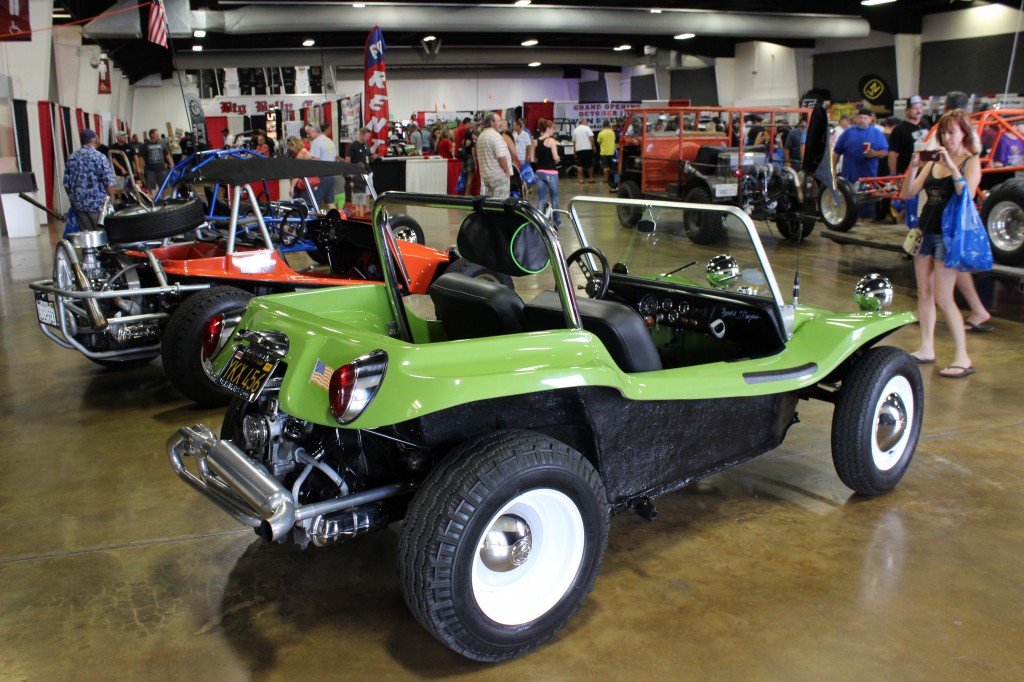 I don’t know about you but to me this looks just like the Dune Buggy body that Parma makes for short course trucks. After seeing this old school buggy I feel the need to get my hands on a Parma body and build a trick looking dune buggy. 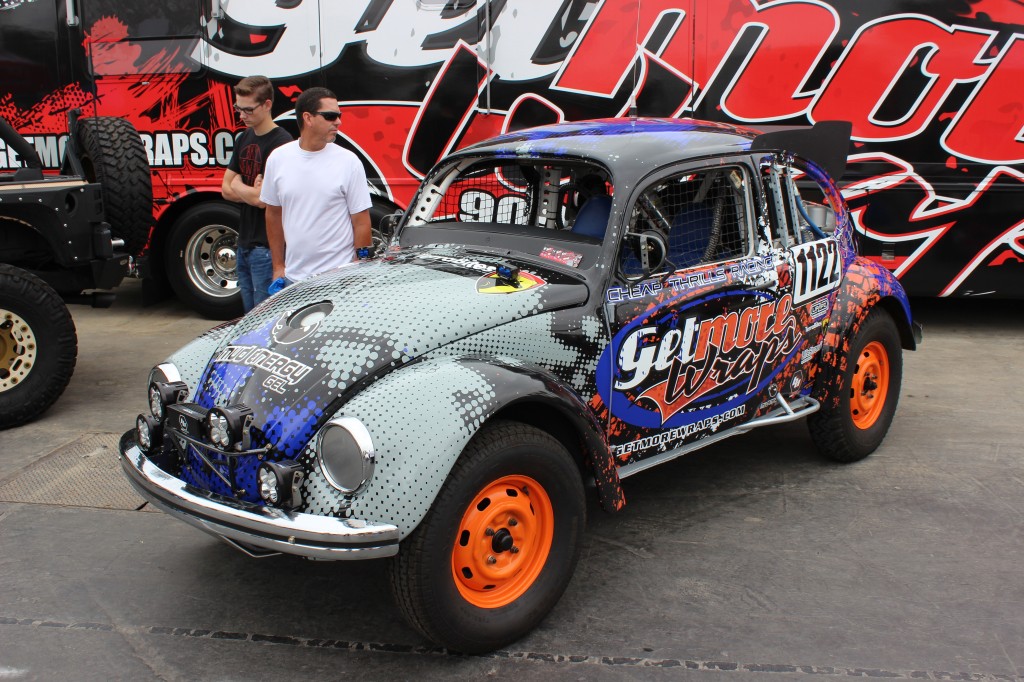 How cool would it be to build something like this off-road Beetle using a Tamiya Sand Scorcher as a base. 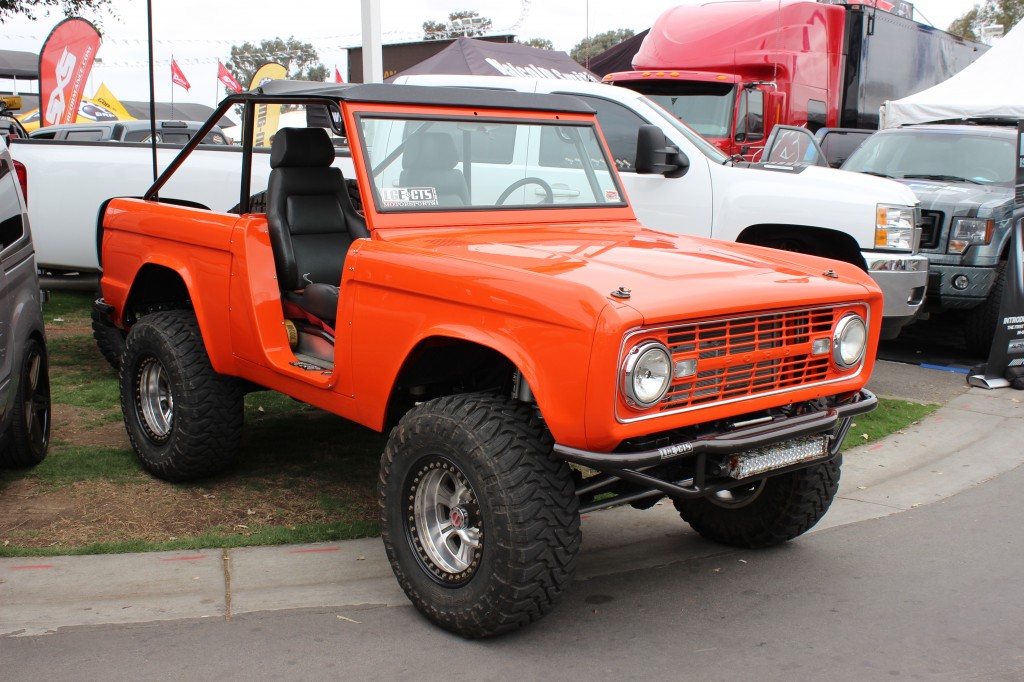 Who doesn’t love old school Ford Broncos. This was a clean example of what used to rule the dirt back in the day. 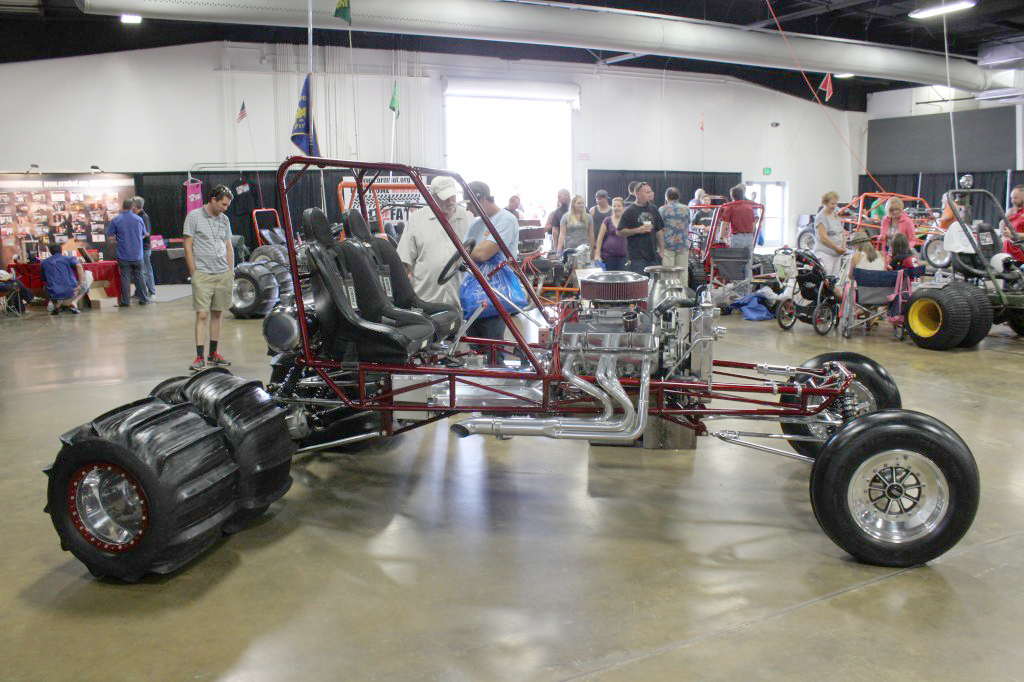 Check out this awesome sand dragster. There’s next to nothing on it and I’m willing to be that it’s very fast. 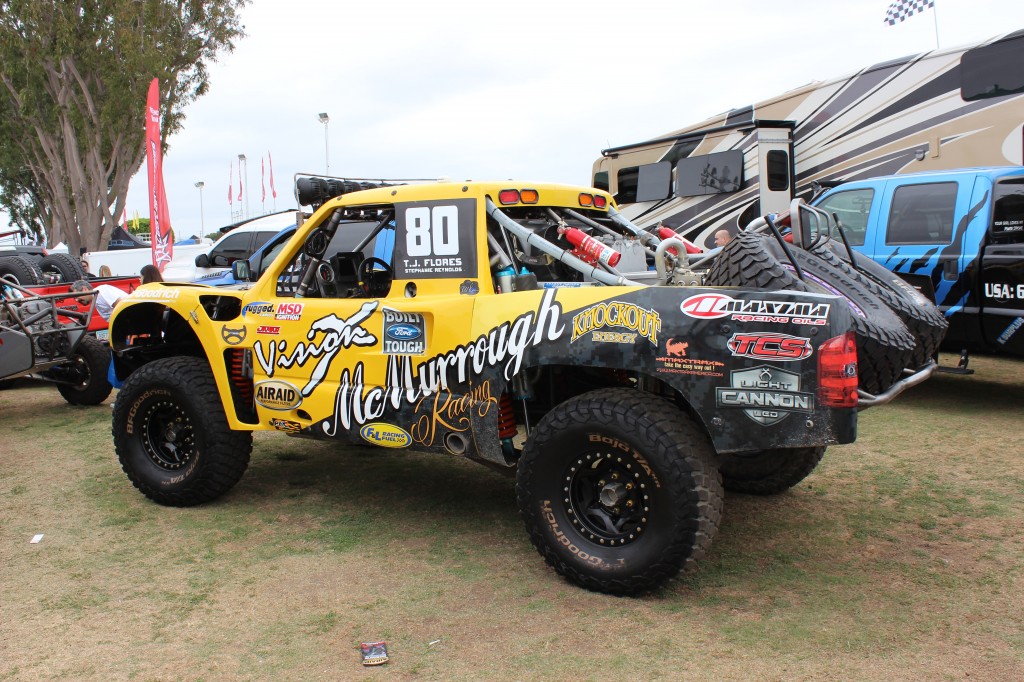 Of course there were trophy trucks at the show. Grab an RC short course truck, bolt on some RPM and Pro-Line accessories and you’ll have an RC version of this.

I had a great time at the show and I am  looking forward to the Off-Road Expo and the world famous SEMA show. I’ll be posting pictures from  there too.