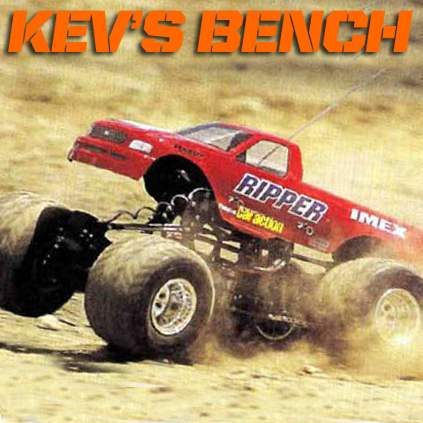 I have built a lot of modded Tamiya Clod Busters over my lifetime and one of the trucks that I have held on to is my trusty Thunder Tech Ripper. I built and reviewed the Ripper in the October 2001 issue of Radio Control Car Action Magazine and since then I’ve made a few tweaks to improve looks, performance and durablity. The last time I raced it was about 5 years ago at the No Limit RC World Finals at Digger’s Dungeon. I was recently invited to race RC monster trucks at an event that is a few months away so I decided to dust off the old beast and get it running again. While at the last event I saw a few areas where I could improve its performance so I have a few mods that I’m going to make to solve that. Technology has also come a long way so I am going to add some new electronic goodies to make the truck easier to drive. 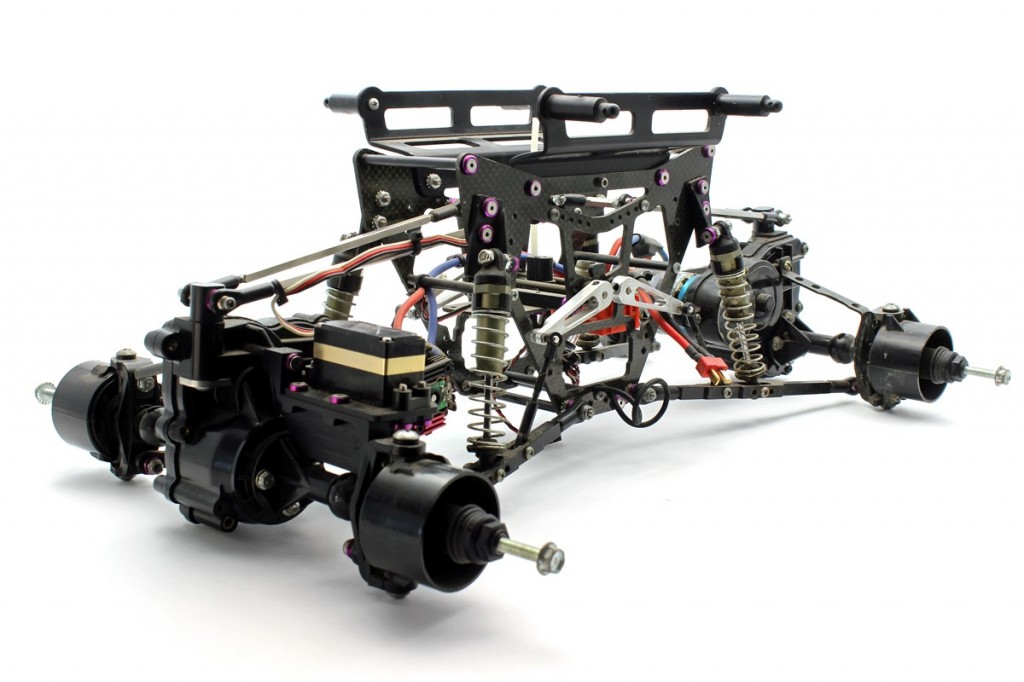 Here’s the truck as it came off the track 5 years ago. It has a Ripper Pro chassis, CVDs, wheel wideners and steering kit from Thunder Tech racing. Other mods include ball bearings, Team Associated shocks, Trinity D6 brushed motors, A Novak GT7 speed control and a KoPropo PDS-2363 steering servo. 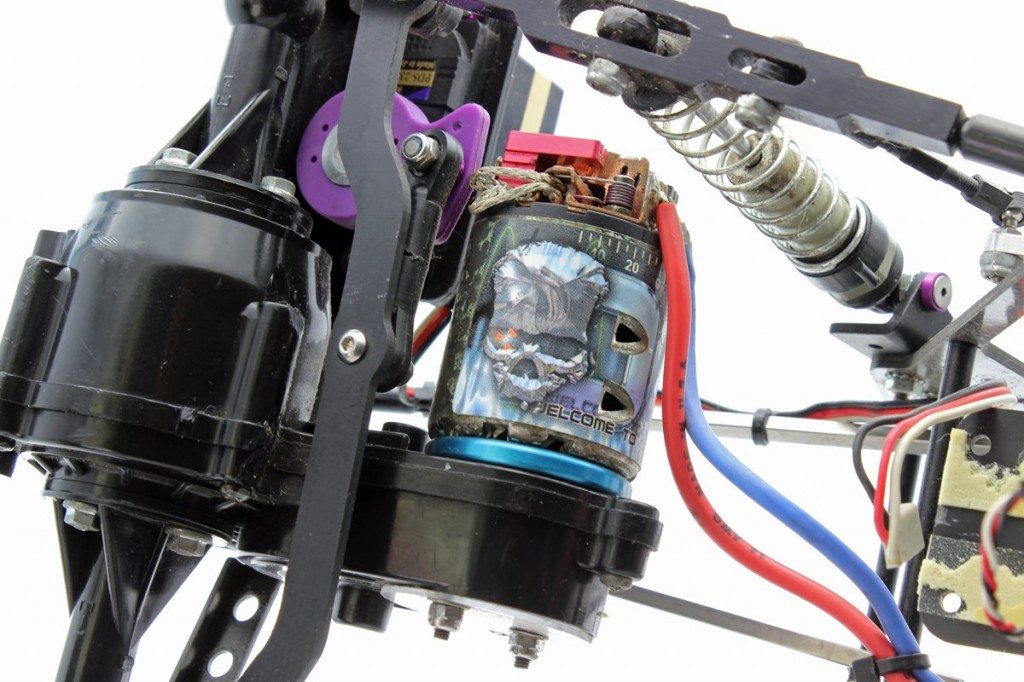 They may have rusty cans but they’re still good and very powerful so I’m going to stick with the Trinity D6 brushed motors. There are two reasons for this. The motors have only been run a few times and for very short runs so they are like new. The brushes are just about broken in. By using brushed motors I only have to have one speed control to power both. If I switched to brushless motors I would have to use two speed controls, have two sets of wires and sensor wires and both speed controls would have to share the power of a single battery. 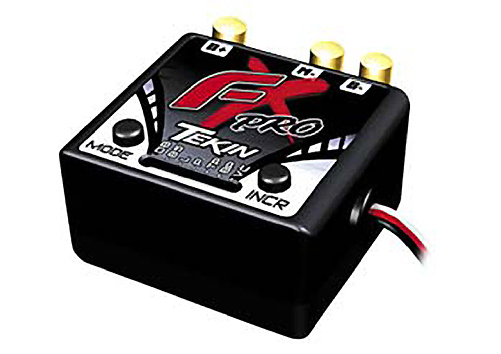 For a speed control I’m going with a Tekin FX-Pro. This speed control can handle 3S LiPo power, is very tunable and can easily handle the motors that I have bolted to the transmissions. 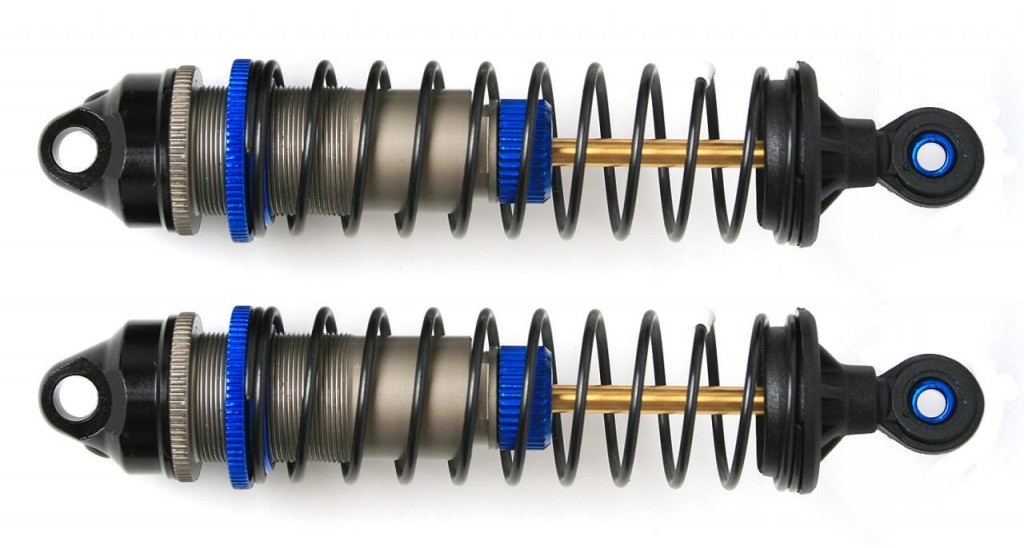 The shocks on my truck are Team Associated’s second gen units and although they have done a good job there are newer and better shocks now available. I’m ditching the old shocks and putting a set of Team Associated 12mm Big Bore shocks and a soft spring set. 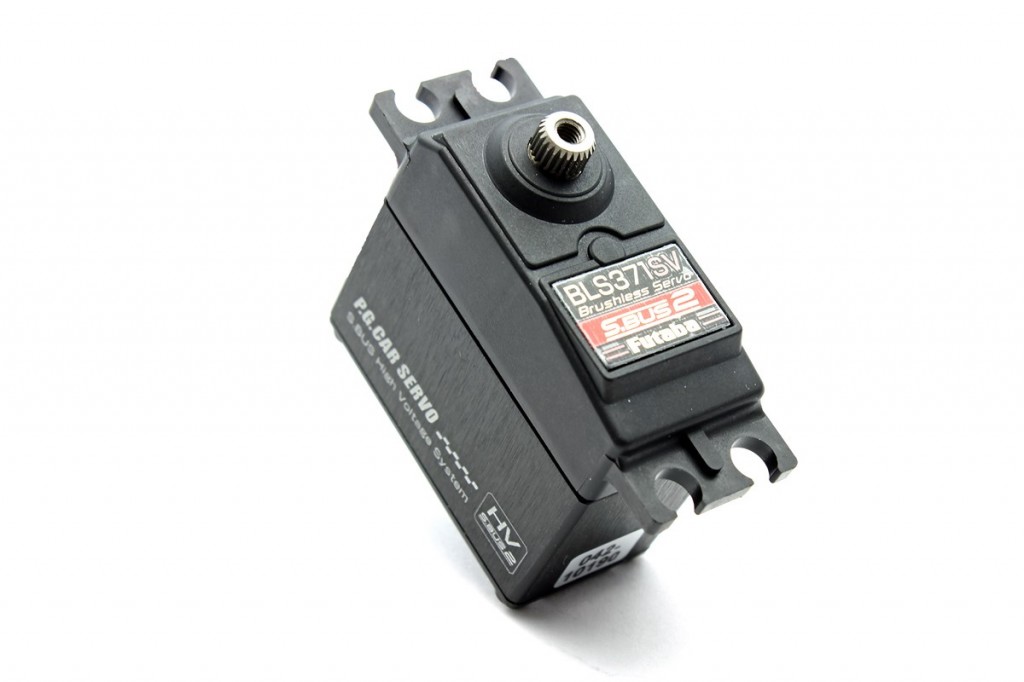 Steering the truck is going to be a Futaba BLS371SV servo. Since this servo has so much power (152 oz. in. more than what I had) and a metal drivetrain I’m going to ditch the servo saver. This is good because I was never able to find a servo mounted saver that was strong enough to keep the front tires in check. So now I have more power and a lot better control over the truck’s steering. 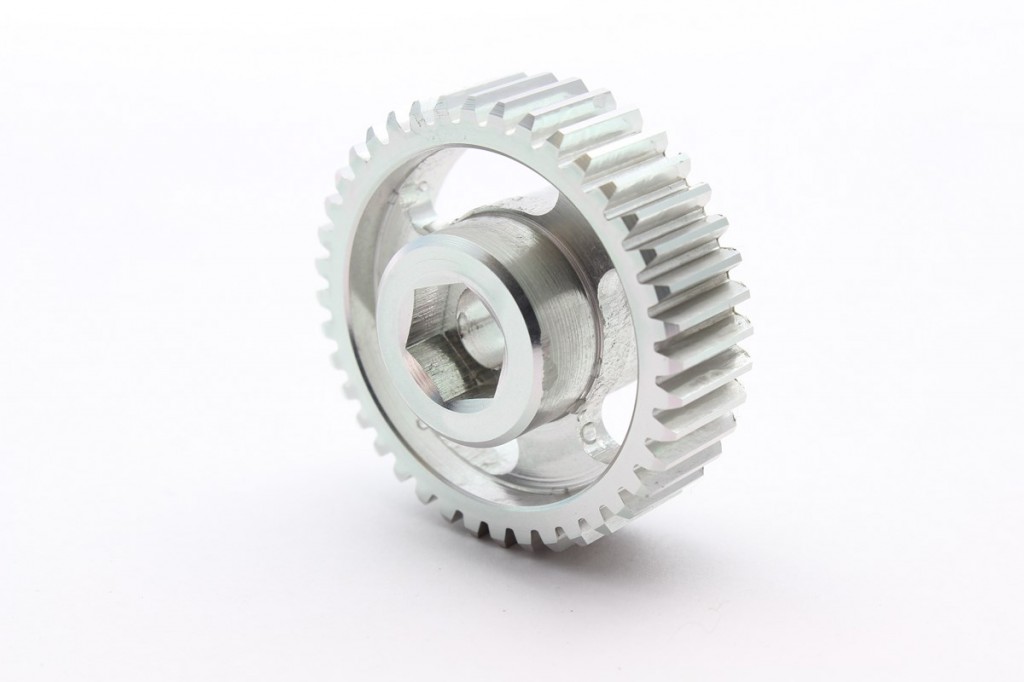 A problem I had with the truck the last time it was out was that the front end would lift slightly when launching and that would cause it to diff out in the front. That ended up making my truck hook pretty hard off the start. I’m going to fix that by installing an aluminum diff spool. Now, I can’t honestly remember where I got this one but they are available from companies such as Hot-Racing and Integy. 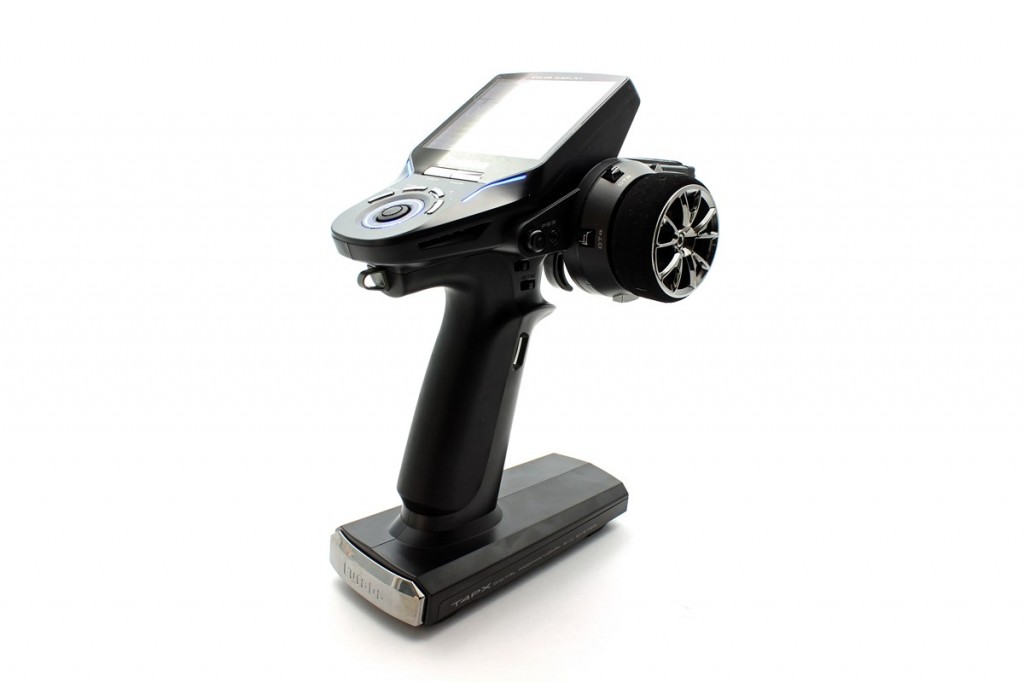 Now that I have more tuning options with my Tekin speed control and more power for steering I’m going to step it up in the radio department too. For this round of my Thunder Tech Ripper I’m going to use a Futaba 4PX to control it. It has so many tuning options and its fast which is perfect for this truck. 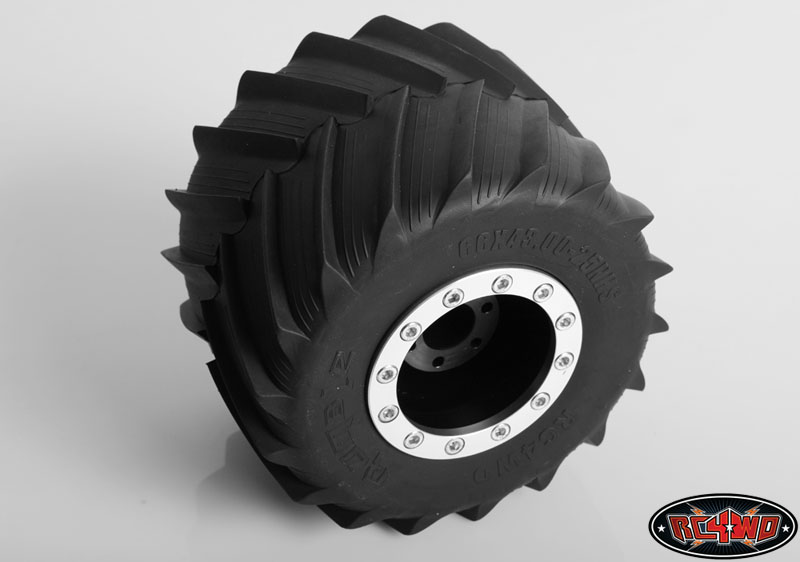 For traction I’m going with a set of RC4WD Rumble tires and I’m going to mount them to RC4WD Universal Monster Truck Beadlock Wheel to enhance the truck’s look.

Other plans for the truck include a custom roll cage and custom painted monster truck body. I know I’m a little early on this project but I am trying to get it built as quickly as possible so I can spend plenty of time driving it and tweaking it before the event which is something that I am never able to do. I usually don’t get to try things out until I get on the track. This truck is going to be pretty sick. 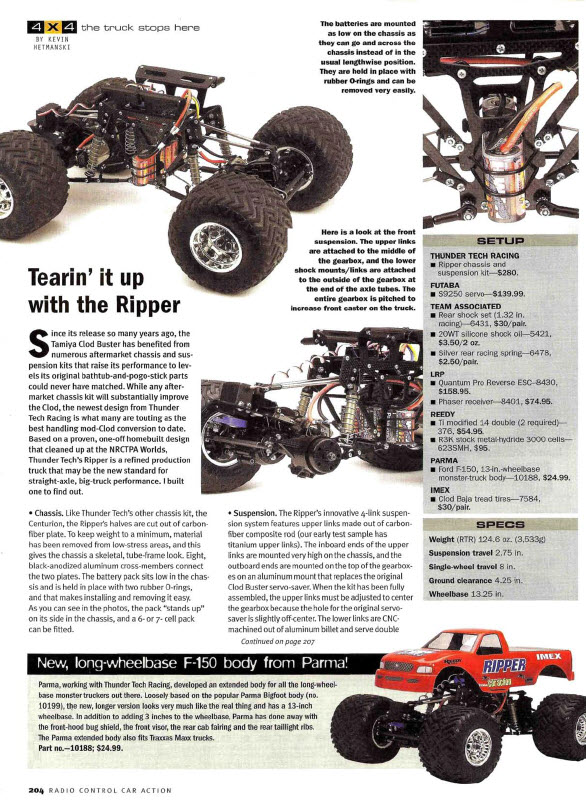 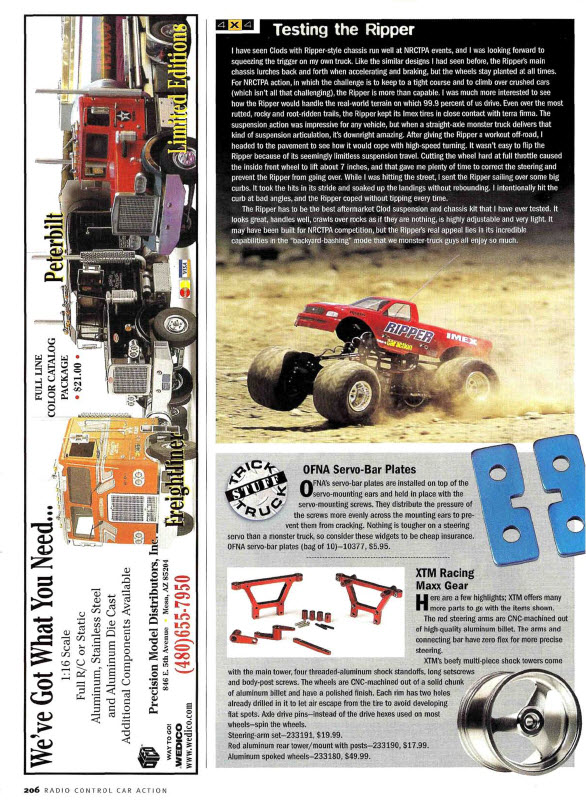 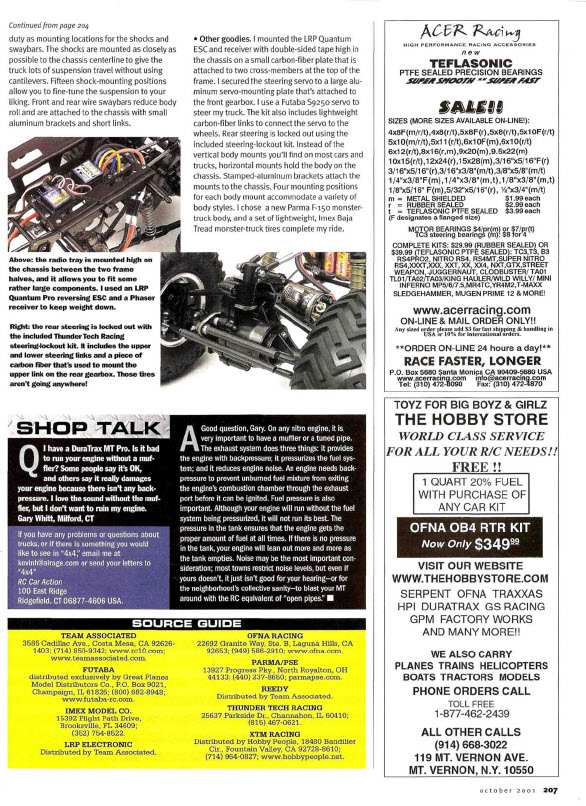