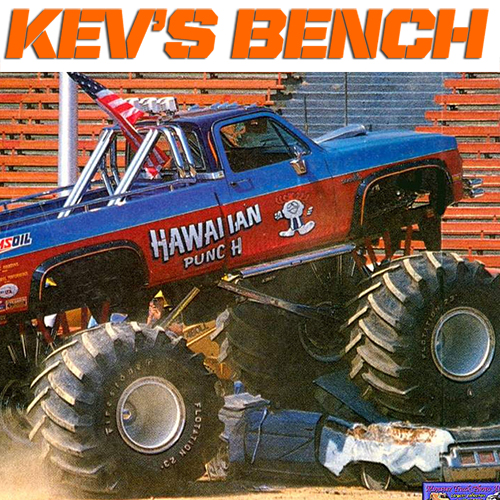 I love old school monster trucks. They were slow and didn’t handle very well but boy did they look cool. They were basically oversized show trucks and featured tilt noses and beds, had tons of lights and lots of chrome. This is part of the reason why I fell in love with the Tamiya Clod Buster when it was released in 1987. It closely resembled the trucks of the time. After completing my stock Clod build, I was inspired to build up another Clod but this time with mods that were used back when the truck was released. Before I could start the build I had plenty of other vehicles to build, review and so on so it had to wait. Well, when you have more time to think about a project you get into more trouble. So at this point I am still building an old school monster truck but now I’m pretty much building it from scratch using parts from companies such as RC4WD and Tamiya. All the parts have been gathered and the build is about to begin. I showed off a few parts last week and asked you guys to guess what I was building and if you guessed that it was a monster truck you were correct. Here are some of the highlights of the build. 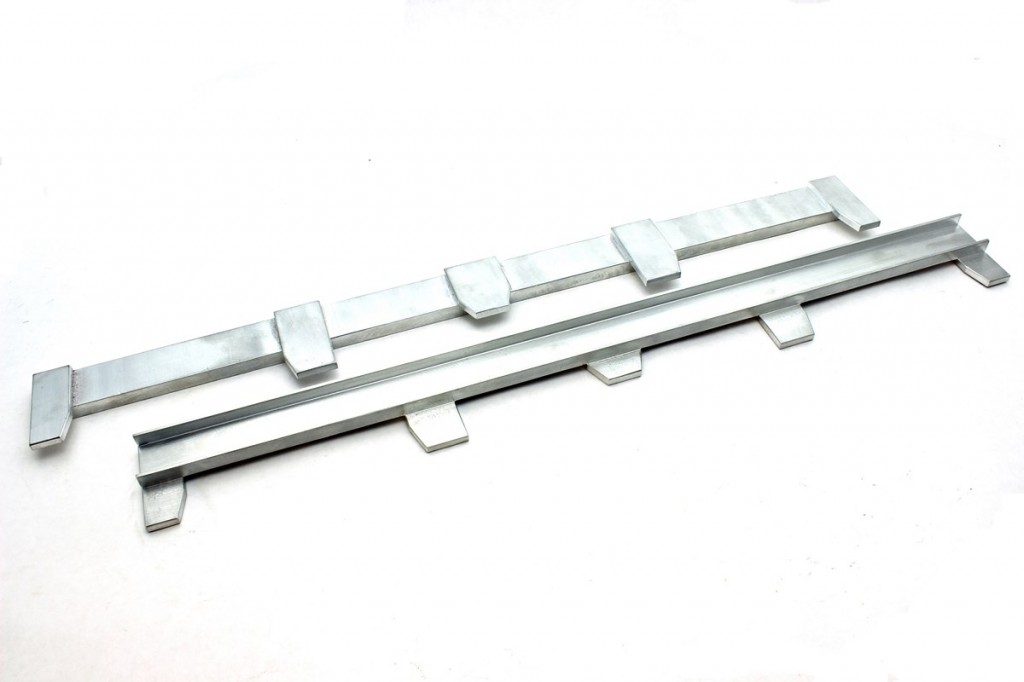 Old school trucks has a heavy duty 18-wheeler type frame and my first thought was to modify a Tamiya High-Lift chassis and use that. I didn’t like the look of all the mounting holes in the chassis so I decided to go with a custom piece. I designed my chassis in CAD and my buddy Ed Cable machined it. 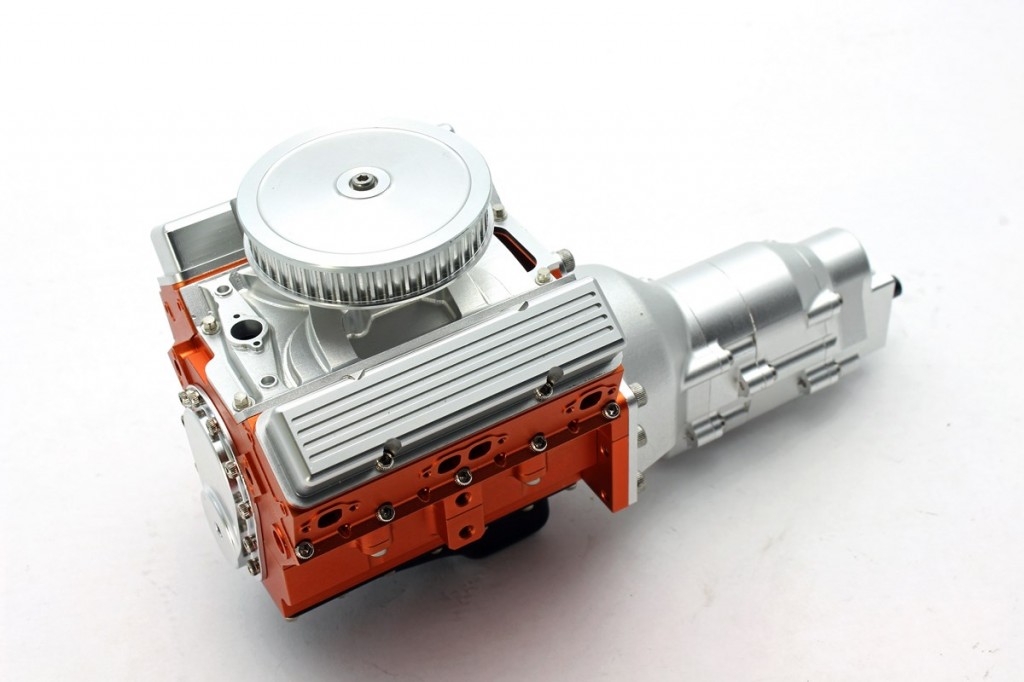 RC4WD introduced a trick scale V8 engine that houses an electric motor and has a transmission that looks real and actually works. Now how can you not use this in the ultimate scale monster truck! I am going to modify the engine slightly so it can accept a scale blower and scoop from Muscle Machines and it’s going to be coupled to an RC4WD transfer case. 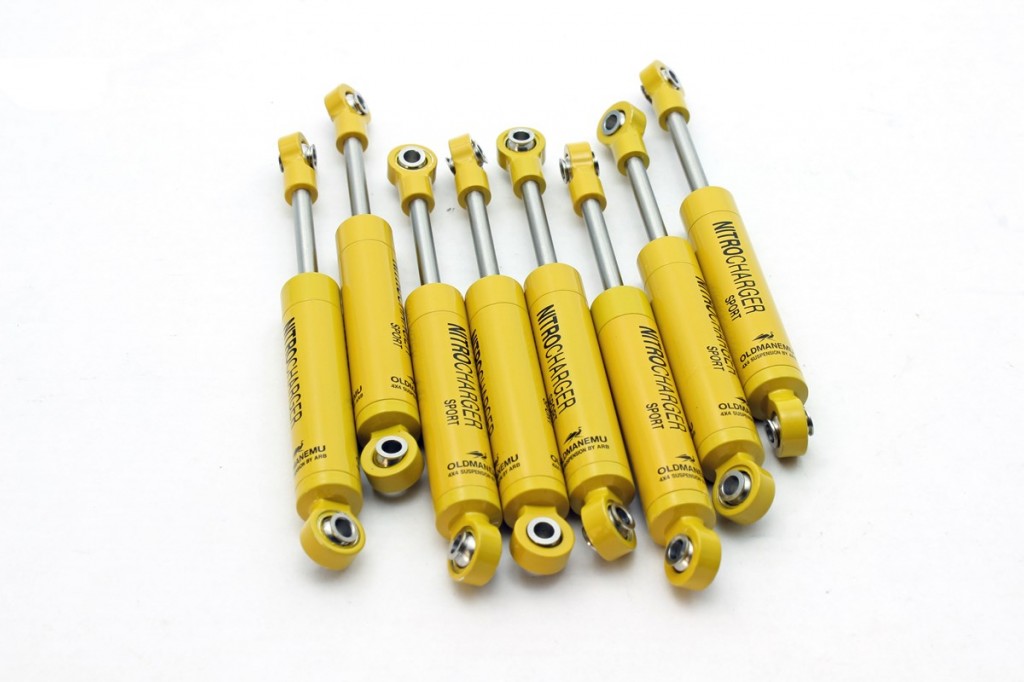 Old school trucks had leaf spring suspension and a lot of shocks. RC4WD has some shocks that look like the real deal so I picked up a bunch of them for my build. Custom mounts are going to be used to mount them and the leaf springs to the axles. 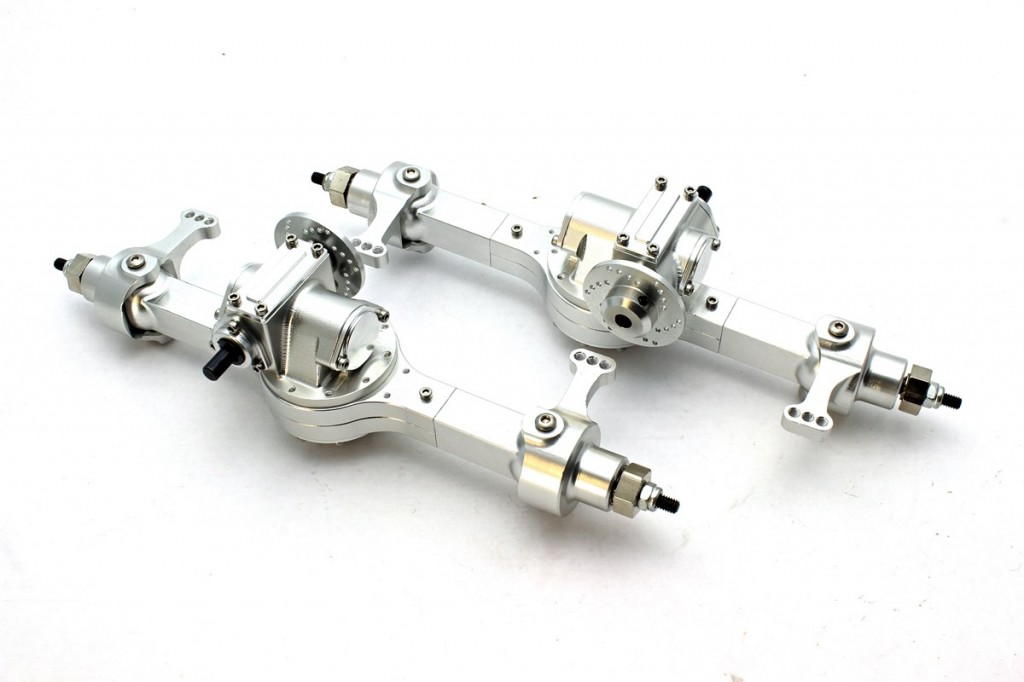 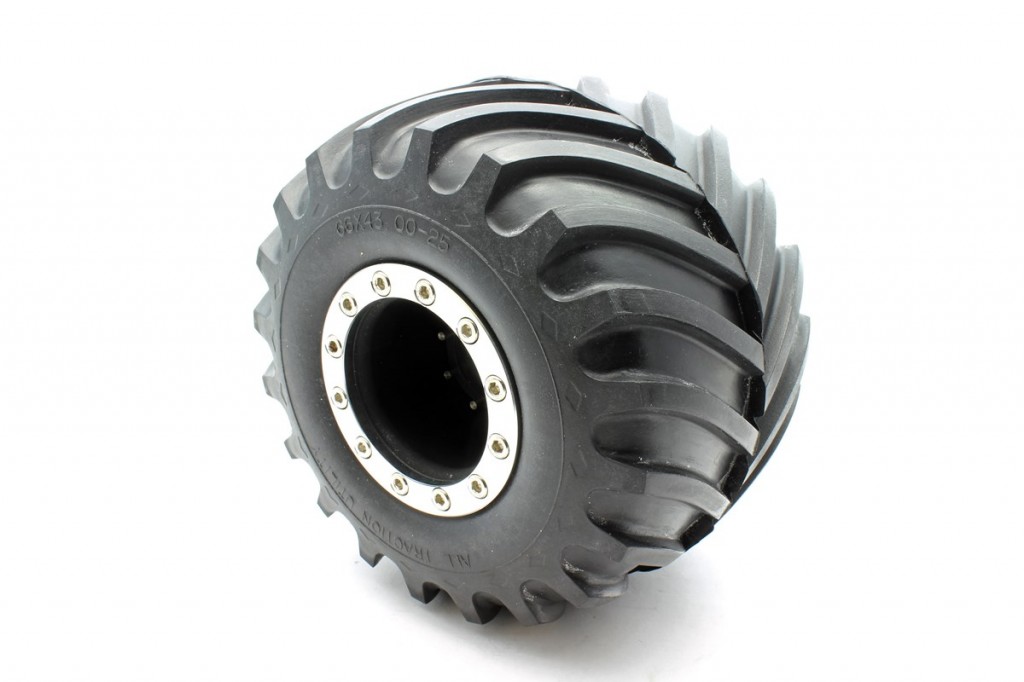 The Clod Buster tires are molded to look just like the tires used back in the day so they are going on my truck and they are going to be mounted on RC4WD wheels. 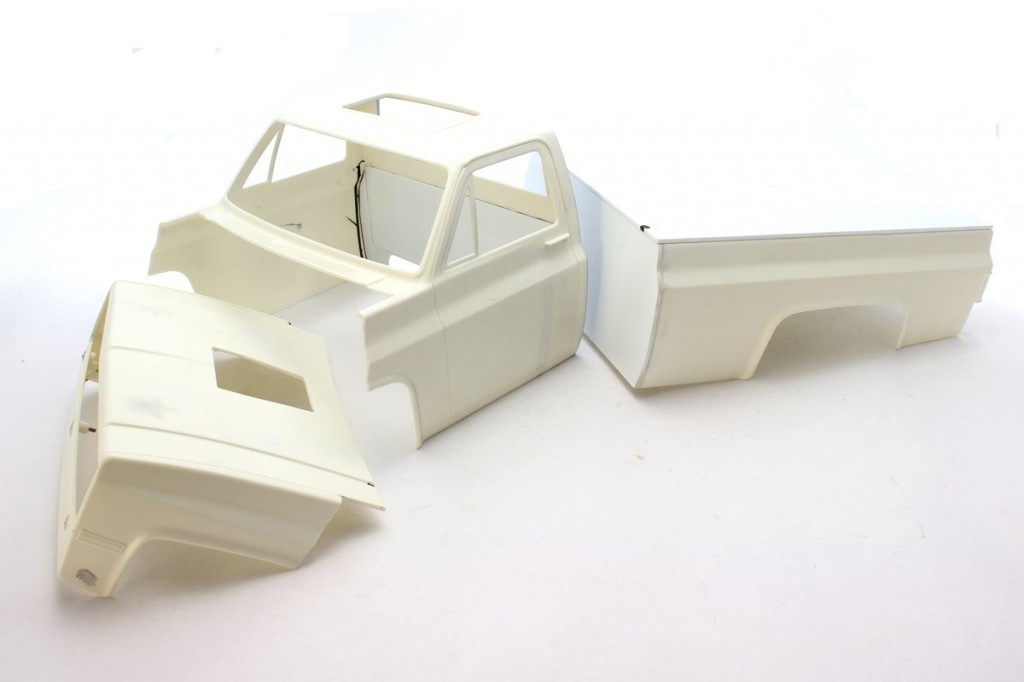 I have been working hard on the body while gathering all the parts for the build. At first I was going to give it a scale paint job and call it a day but now I have a tilt nose, tilt bed, tonneau cover and a lot of lights.

So there are a few highlights of my old school monster truck build. I now have all the parts to make it happen and once I complete a few other builds I’m going to get started on this beast. I’m struggling with the paint job a bit and you guys can help with that. If you were to build an old school truck what color would you paint it? Email me at kevinh@airage.com and let me know.