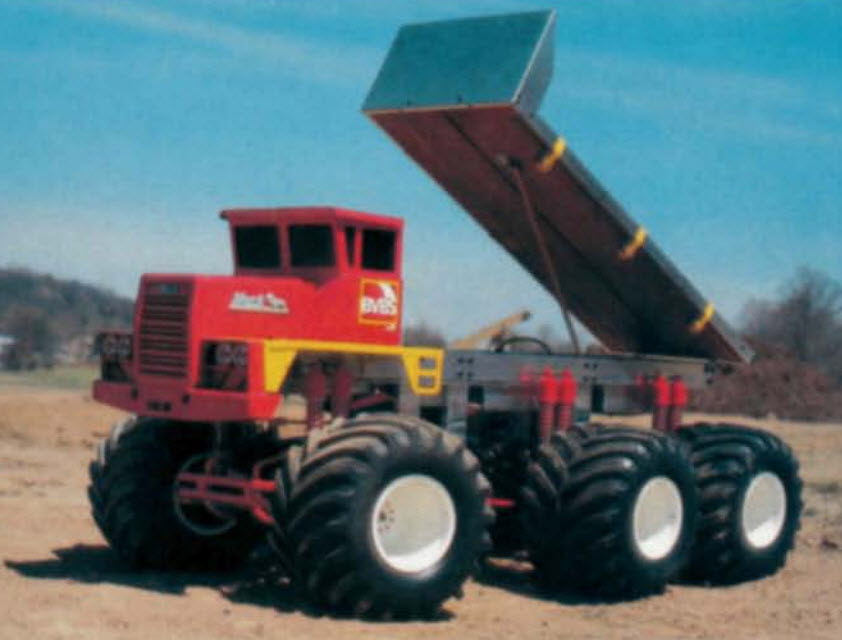 As a kid I used to read ever issue of Radio Control Car Action from cover to cover the second it showed up in the mail box. I was often inspired by many of the project and race vehicles shown in those pages. On the September 1991 cover was a truck unlike anything I ever saw before and it was called the Monster Mack. It was a custom 6×6 Tamiya Clod Buster with a hand built chassis and a metal Mack truck cab and custom made flatbed. I couldn’t stop staring at the pics of this truck and was determined to build one of my own. I actually built a truck but it wasn’t half as cool as the Monster Mack. Over the years I have spent time gathering parts here and there and I am ready to build a modern day version of that awesome truck. Here’s what I have going on so far. 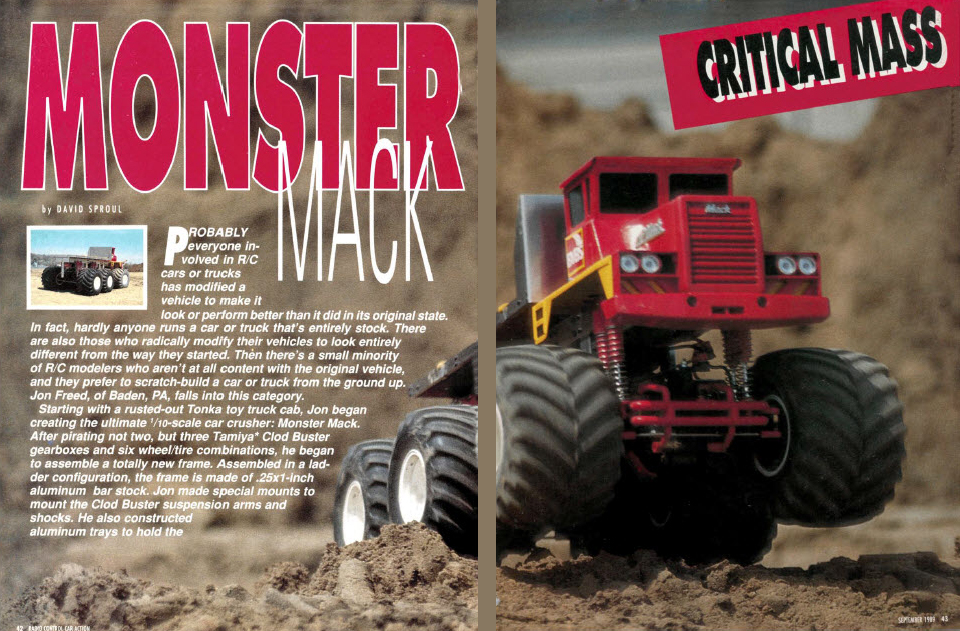 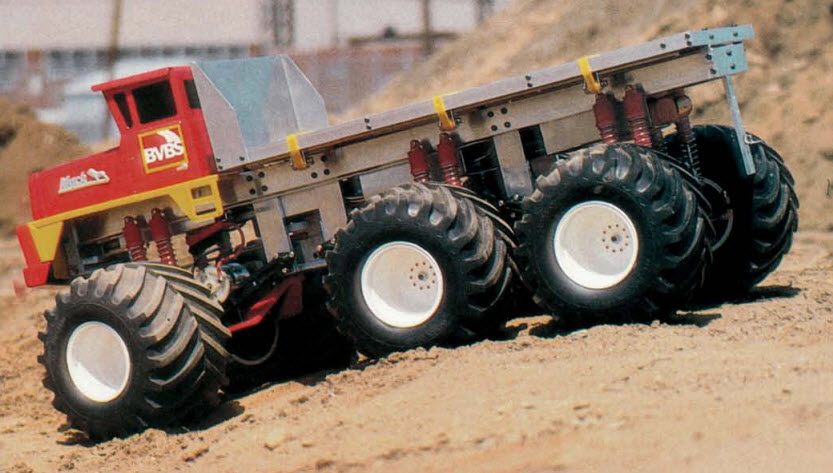 Jon Freed’s Monster Mack is just awesome. It was the first time we saw a 6x6x6 Clod Buster and it had a custom built aluminum chassis. The tilt bed was done with a spring and winch that was disguised to look like a hydraulic ram. A single servo was connected to three mechanical speed controls and that’s what was used to run all three motors. Only the front tires turned on this truck and that was done with a  single ¼-scale servo. 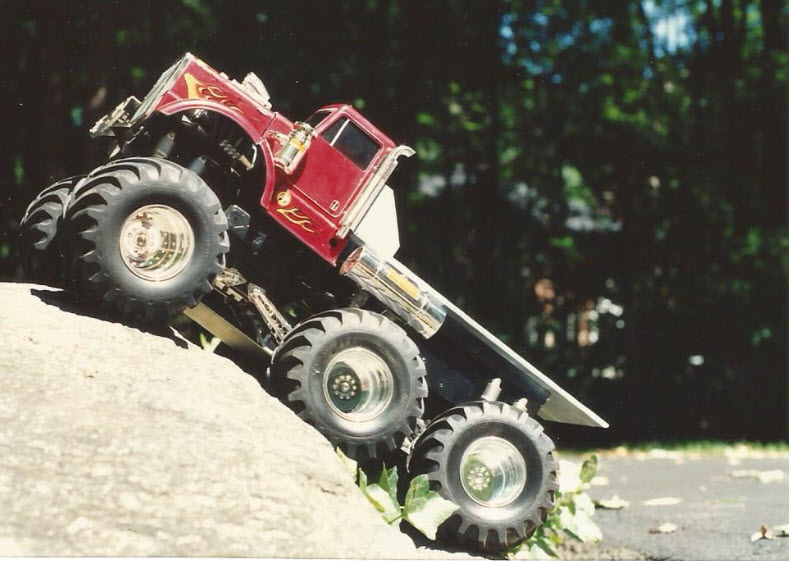 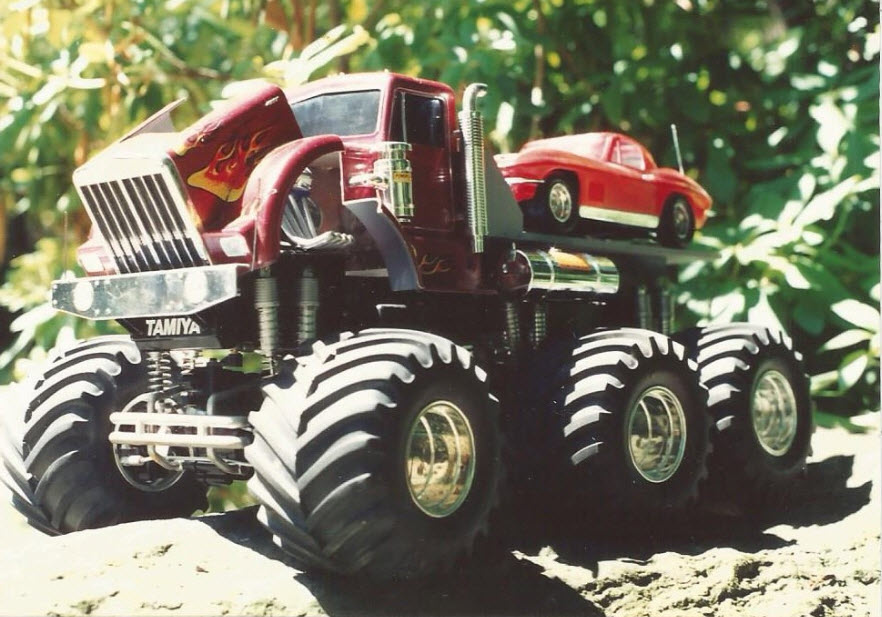 This was my first attempt at 6×6 truck. I use a Tamiya Bullhead as the base of the project and bolted on an aluminum rear section that allowed me to bolt on the third gearbox. The bed was made using balsa wood and aluminum. Parma’s Chevy small block engine added some detail and the hood was controlled by a servo. It wasn’t as cool as the Monster Mack but not too bad for a 14 year old kid. 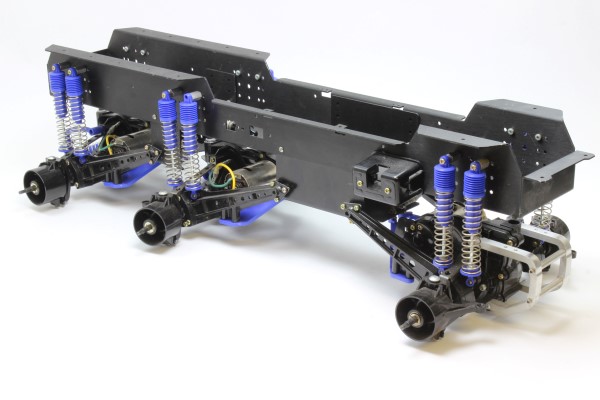 The base for my project is a Sassy Chassis 6×6 aluminum chassis. It’s wheelbase between the front and rear wheels is a little longer than what was used on the Monster Mack. This chassis let’s you adjust the height of the truck and that’s done through the shock mount holes and by moving the suspension link mount up or down. 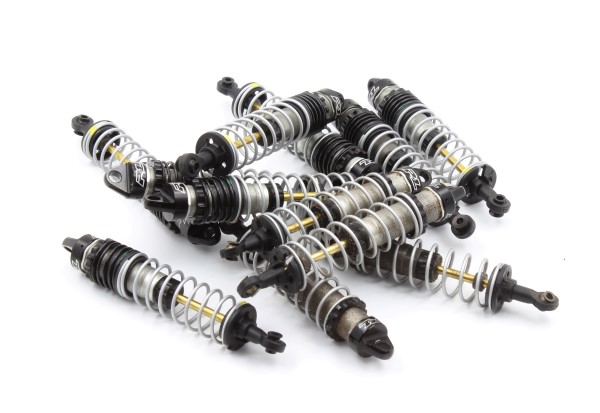 With a truck like this you need a lot of shocks. I had planned on using stock Tamiya Super Clod Buster shocks but once I had them in place I knew I had to step it up and go big. I replaced all the shocks with 12 Pro-Line PowerStroke shocks. These are great performing shocks but with this project it’s not about performance, it’s more about looking good. 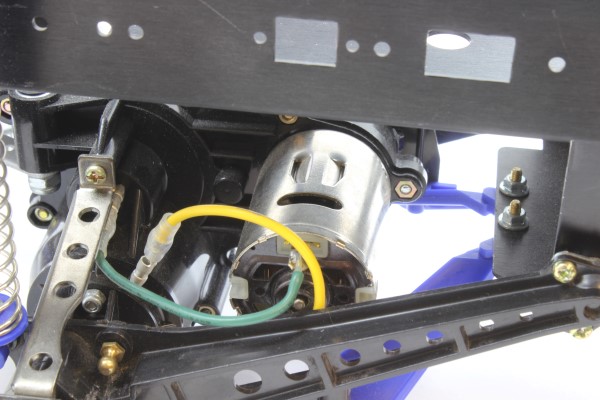 I don’t want this truck to be a speed demon so I stuck with stock Tamiya motors to power the gearboxes. 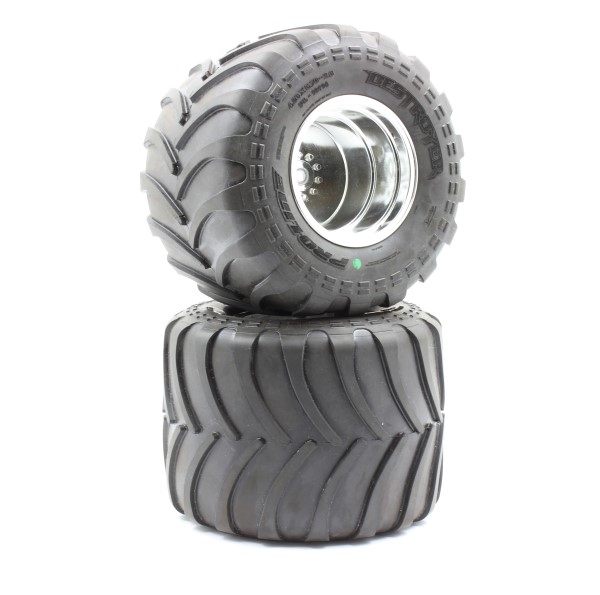 I gathered six Tamiya Super Clod tires for this project but the second Pro-Line introduced the Destroyer tires I knew I had to switch things up. They are now wrapped around my Super Clod wheels. 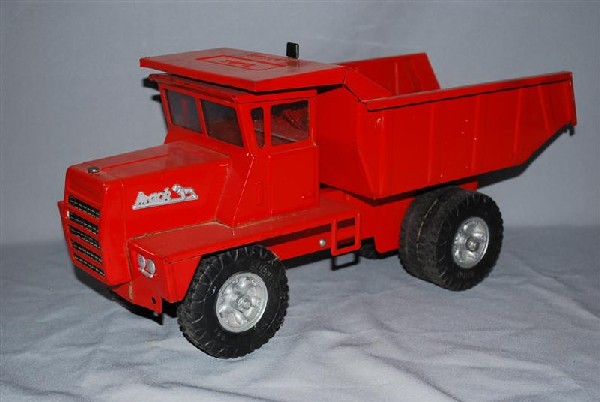 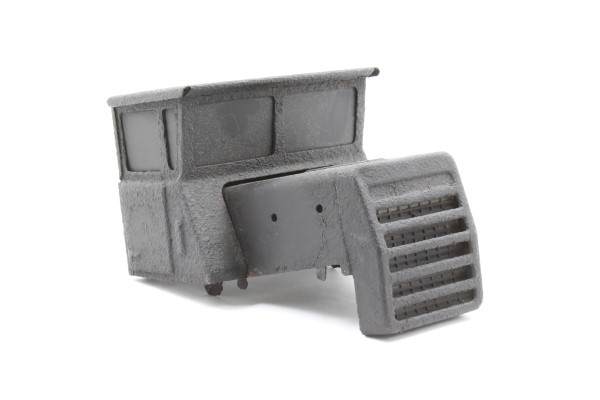 In the article about the Monster Mack it says that Jon used a Tonka Truck body on top of the chassis. I really loved the look of that Mack body and wanted that for my project but the body used was not a Tonka body and it took me a while to figure out what was actually used. It’s a metal body from a Buddy L Mack dump truck and I was able to find one on EBay. Bodies in good condition were going for way more money than I wanted to spend so I bought a badly rusted body so I can use it for the dimensions then I can use what I find to make my own body out of plastic and improve on the look of the truck at the same time. I coated the parts with black paint to keep the rust from falling off and making a mess everywhere it goes.