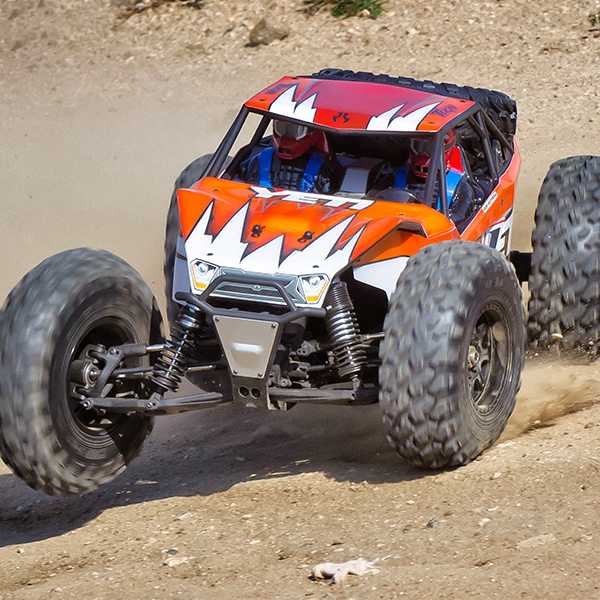 I just wrapped up a how-to on building the Axial Yeti XL kit for the June issue of Radio Control Car Action. It’s a fun build and I highly suggest that you have plenty of room to get through it. The parts for this bad boy are pretty large. While you’re waiting for the issue to come out I though that I would give you a sneak peak at the finished buggy. This sucker is a beast! 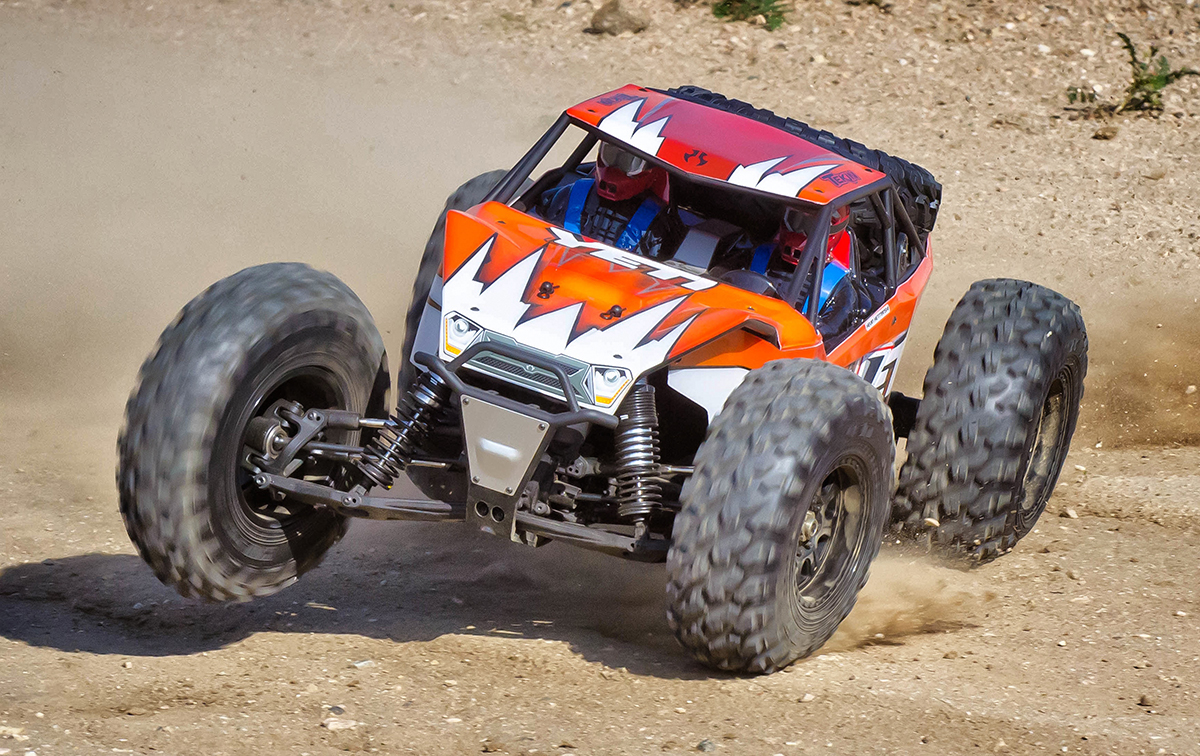 The Yeti XL kit comes with a rear sway bar, which does a great job of keeping the chassis more flat in the turns. If you made this move with the RTR the front tire would be much higher in the air. 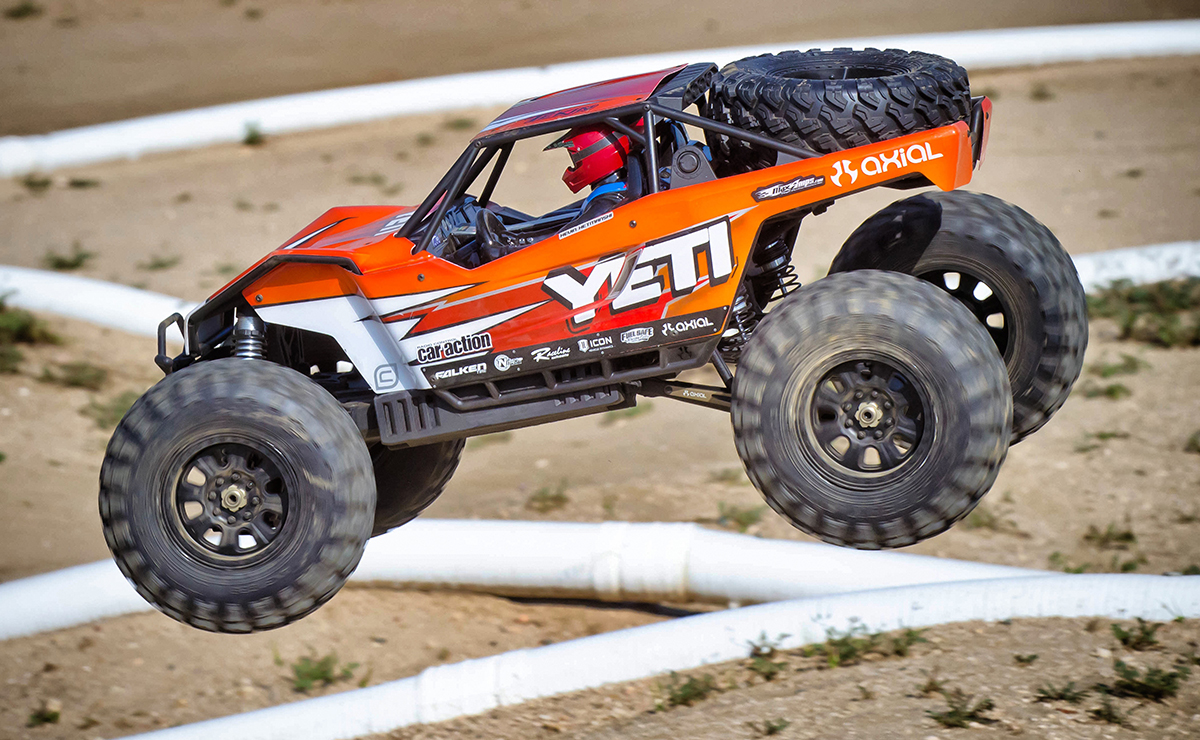 The Yeti XL kit has a functional spare tire that not only adds more weight but it puts it pretty high up in the air. The extra weight in the rear actually helps with stability and made the Yeti XL easier to drive than the RTR version. 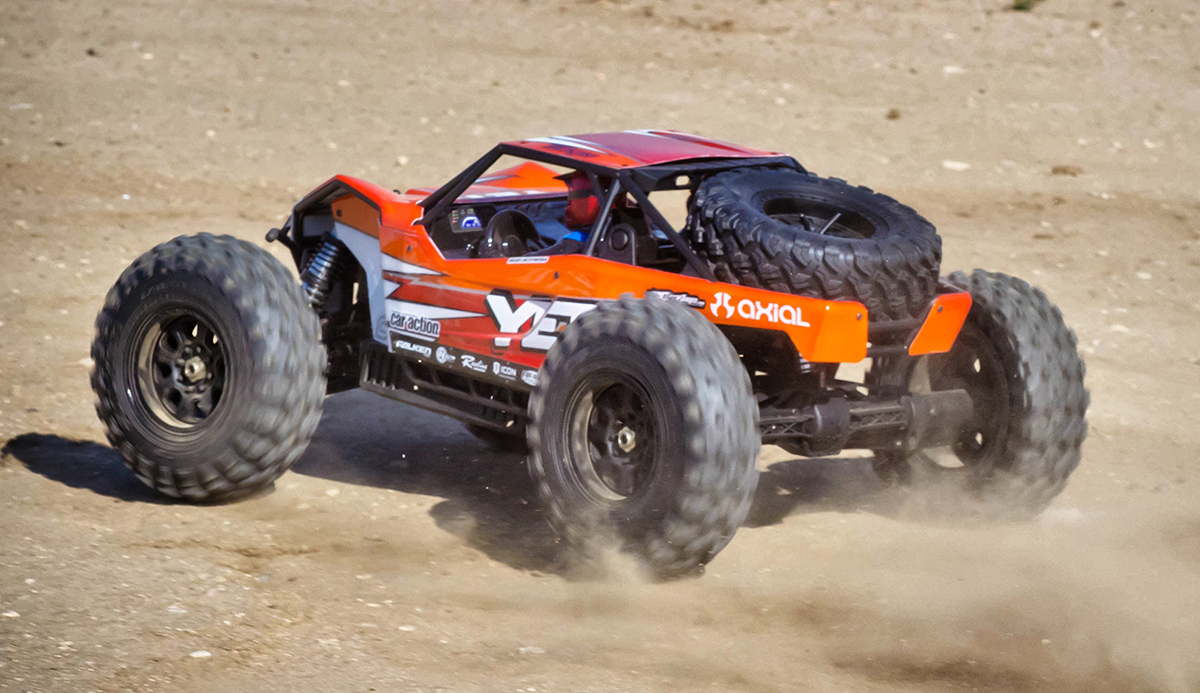 When you mash the throttle, the chassis stays flat and the tires don’t diff out which allows it to do a better job of using all four tires to put power to the ground. You have to choose a 1/8-scale speed control and motor for your build and I went with a Tekin RX8 Gen2 system for mine. 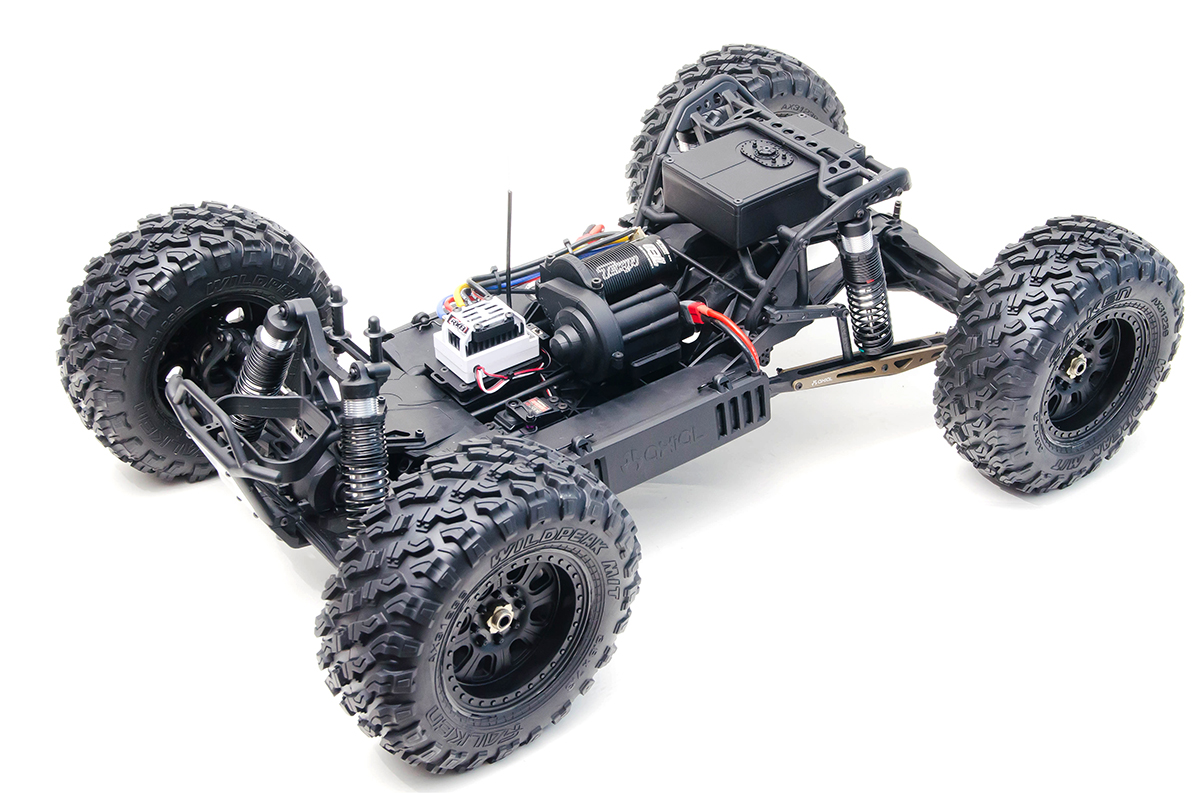 When you finish your build the chassis will look like this. Note the Falken tires, dual springs, reinforced rear arms, and weight box (disguised as a fuel cell), which are unique features for the kit Yeti XL. 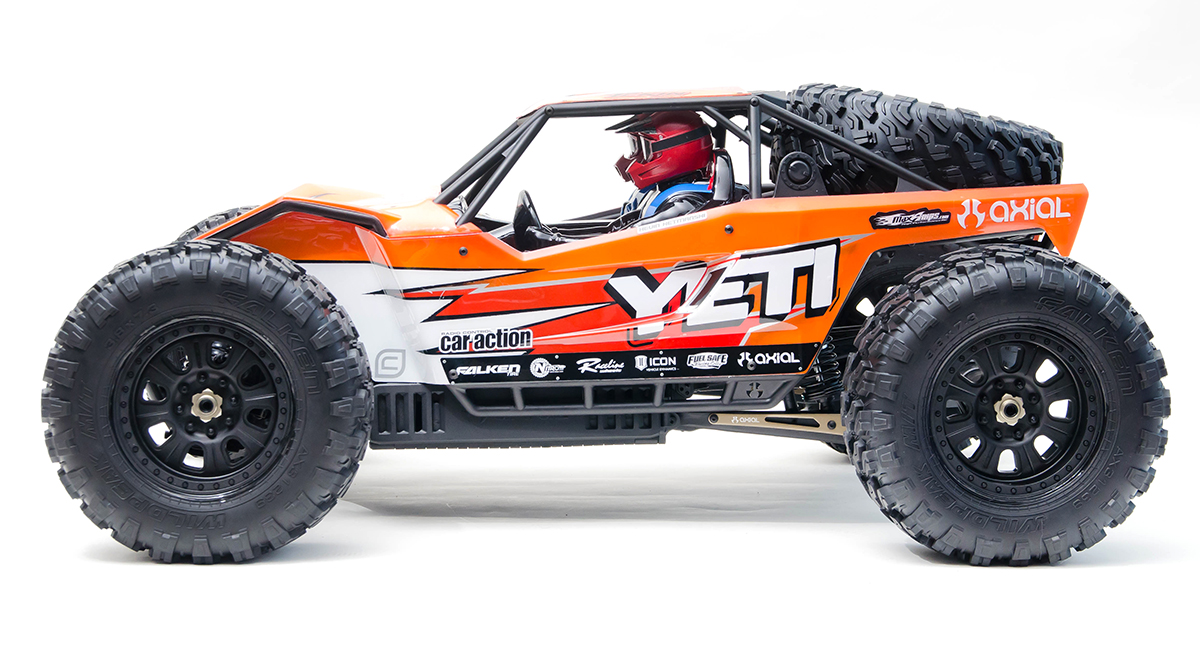 Not only is this buggy packed full of adjustments and performance but it also has the look of a full-size rock racer. Note the 17mm wheel hexes; they open the door for aftermarket tires and wheels. 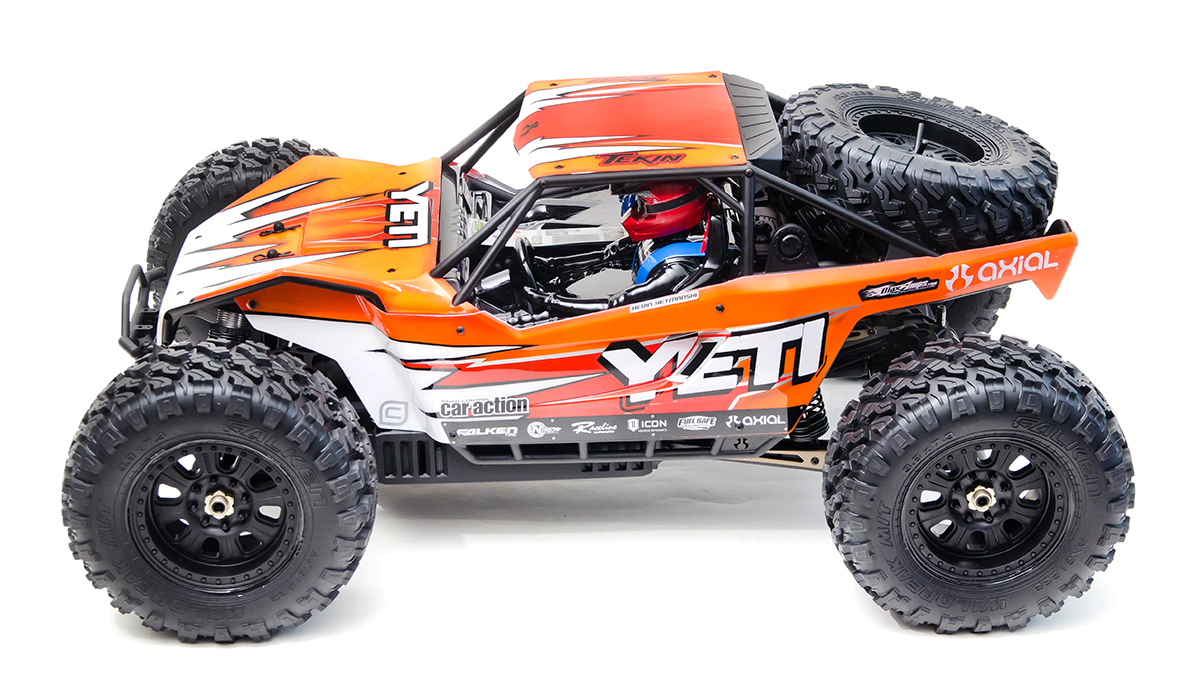 The roll cage on the Yeti XL isn’t just there for looks, it’s also a functional piece. To get to the electronics you simply remove the two front body clips and tilt it up. 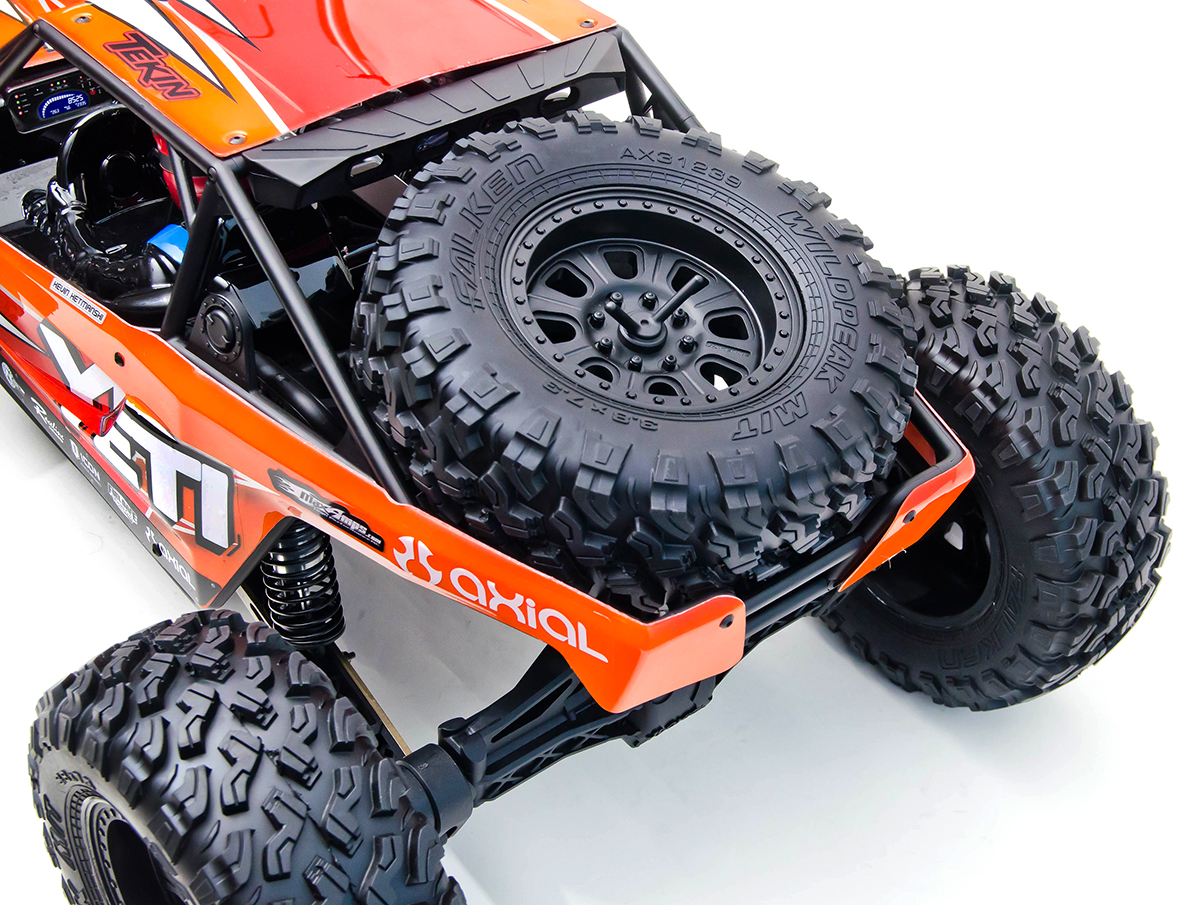 The spare tire isn’t just there for looks. It’s a functional piece and easy to remove thanks to the winged nut holding it in place. 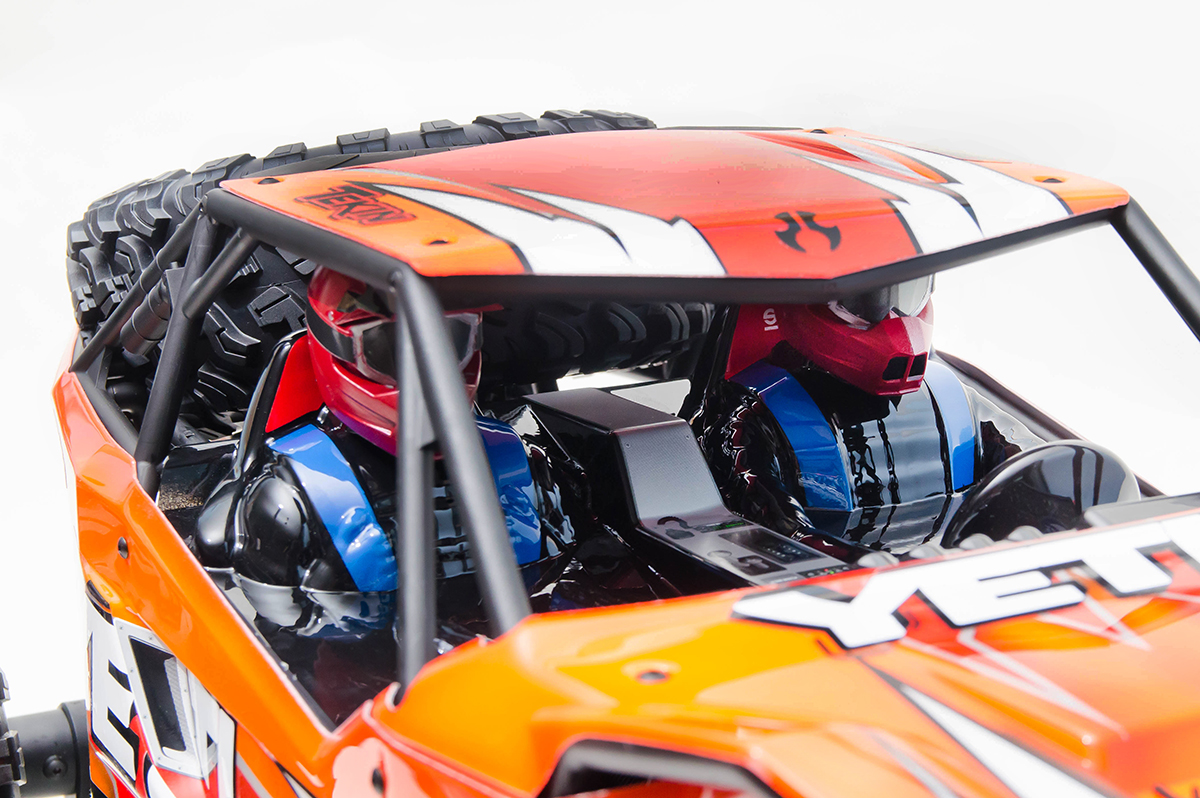 The driver compartment is made from a molded piece of Lexan so just like the body you paint it from the inside. The driver heads however require paint on the outside so for that I used a can of red paint from Testors. Axial includes three different heads to top off the body; a street bike style, MX syle or old school open face helmet with skull face.