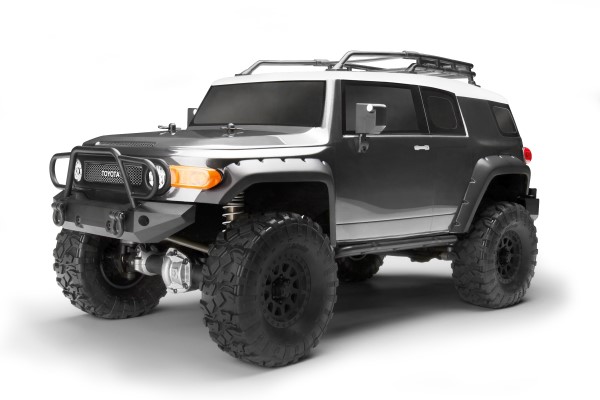 With the release of the Venture RC Toyota FJ there has been a lot of talk about how this company copied that company and so on and I’m here to put that talk to rest. Sure all the scale trucks that are currently available are the same; they have chassis rails, axles, scale bodies, battery trays and the list goes on but when you break it down the trucks are all completely different. For example one truck’s axles may look just like what you see on a full-size truck while the axles on another may have more of a generic design. Just because a truck has front and rear spools doesn’t mean that a truck was copied just because another truck has a spool. All scale trucks benefit by having spools in the front and rear of the truck and it’s only wise to include one if you’re designing a scale trail truck. In the full-size world people are very dedicated to one brand or the other and you never hear talk about how a Ford truck was a copy  of a Chevy truck so why do people in RC use that argument? 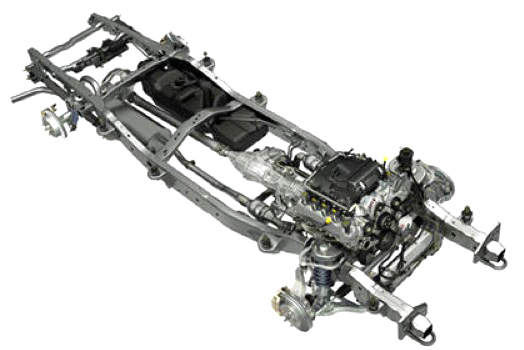 Here’s a full-size truck chassis. The only way you can build an RC version is to have c-channel frame rails, a 4-link or leaf spring suspension and so on. The current “big four” trail platforms aren’t copies of each other, they’re all trying to make an RC replica of the same subject: a dual-solid-axle, body-on-frame truck chassis.

Below you can see the Axial SCX10, Vaterra Ascender, RC4WD, Venture RC and Trail Finder 2 rolling chassis. They all look very similar because they’re all models of the same type of vehicle: a dual-solid-axle, body-on-frame truck chassis. If Revell and Monogram both offer 1/25 scale models of a ’64 Ford Mustang, you wouldn’t say, “Revell copied Monogram, they have a horse on the grille too!” It makes just as little sense to say HPI copied Axial by putting a rail chassis on their model of a rail-chassis truck.  Look beyond the broad strokes that any realistically-constructed trail chassis is going to have, and you’ll see how these trucks are all different. 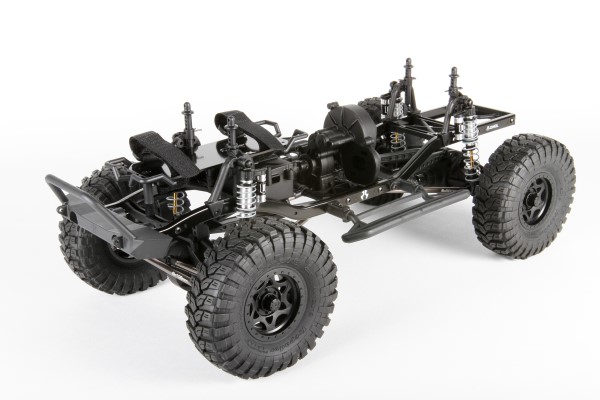 Axial’s SCX10 features a c-channel frame which looks similar to what is used on a full-size truck. All the rest of the trucks in this category went with a similar spin on this type of chassis. It’s the only way you can get a scale truck to look like the real deal. 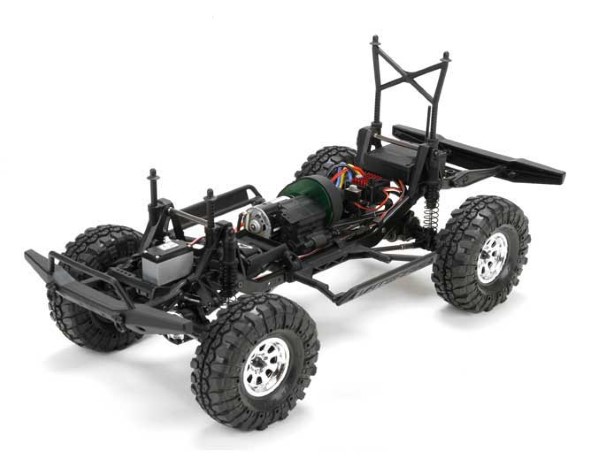 The Ascender and SCX10 both use a 3 gear transmission but so do other vehicles such as 2WD rear motor buggies. So are the SCX10 and Ascender copies of a buggy? The transmission used in each truck are also very different. The SCX10 has a fixed design while the Ascender’s transmission can be upgraded to a 2-speed if you choose to do so. 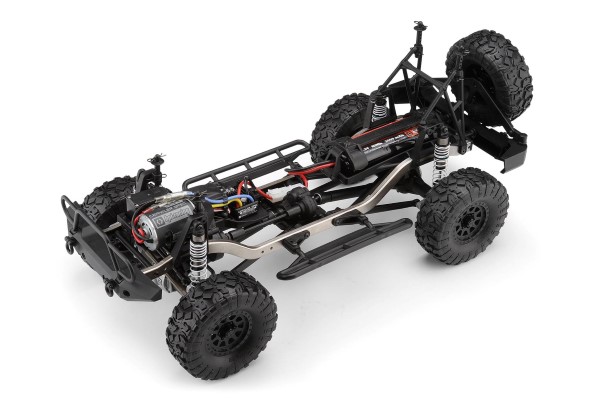 The SCX10’s battery can be mounted in the rear and that’s where you’ll find the battery in the FJ. If you look closely the designs on that battery tray are completely different. 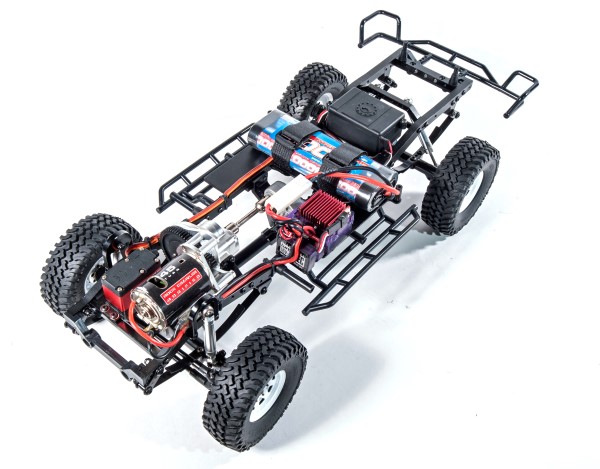 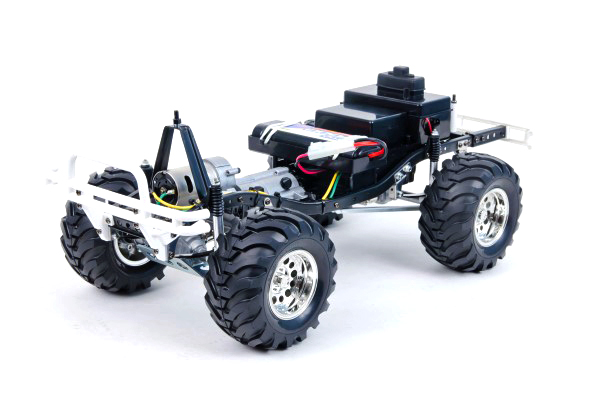 Let’s not forget that Tamiya was building scale trail trucks in the 80’s many years before the newest trucks were released. Does that mean that the new trucks are copies of Tamiya trucks like the Hilux, Bruiser, Mountaineer? I don’t think so!