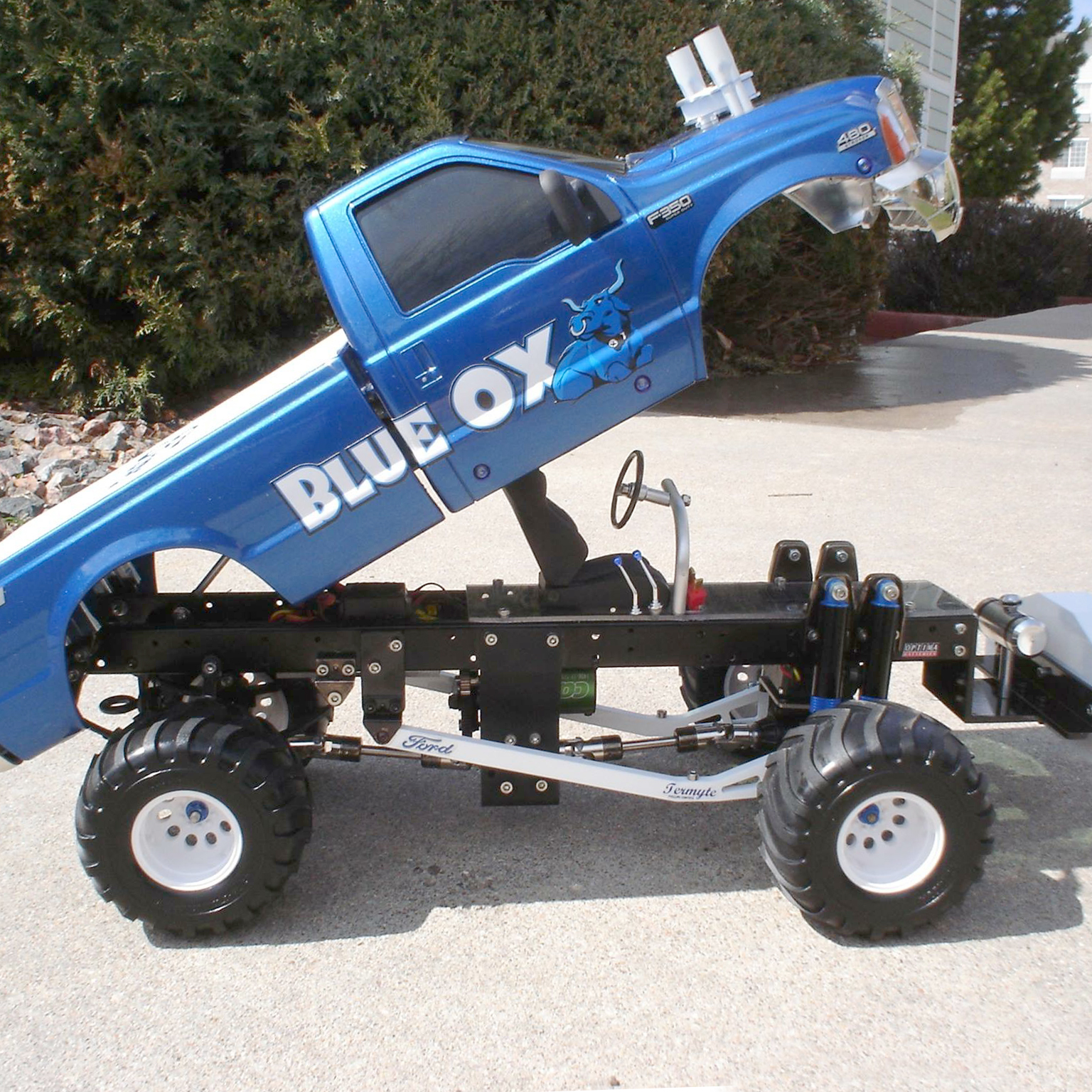 When I’m done working on RC stuff for my job during the day, I like to spend my quiet evenings scrolling through RC groups on various social media sites on my phone. I am always looking for the latest trends and trying to come up with cool project to build for the readers of Radio Control Car Action Magazine. There are some really great builds out there that influence my build list and I wanted to share the top 5 trucks that I saw this week. Looks like that list of mine is getting bigger! 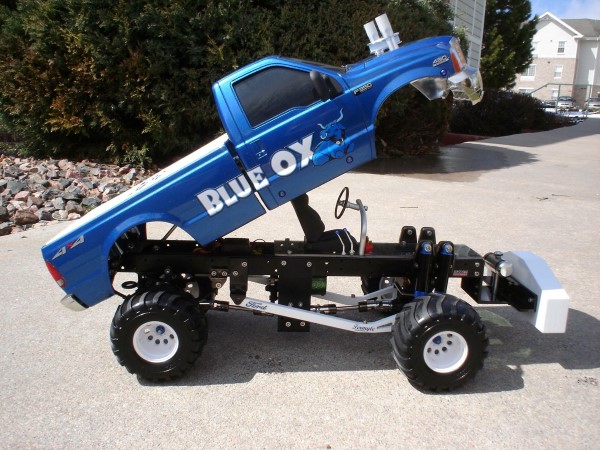 Truck pulling is a scene that is once again gaining traction and I wanted to see what it was all about. A few months ago I was scrolling through one of the pulling groups that I am a part of and found this beast. It’s a great example of a 4WD pulling truck and something that I am going to use as a model for my rig. When watching full-size pulling back in the day I always liked how some of the trucks had tilt bodies and that’s why I fell in love with this truck. I’m not looking to build a truck that can win a pulling comp; instead I want to build a truck that looks as good if not better than this one. For me this build is going to be more about looks than performance. 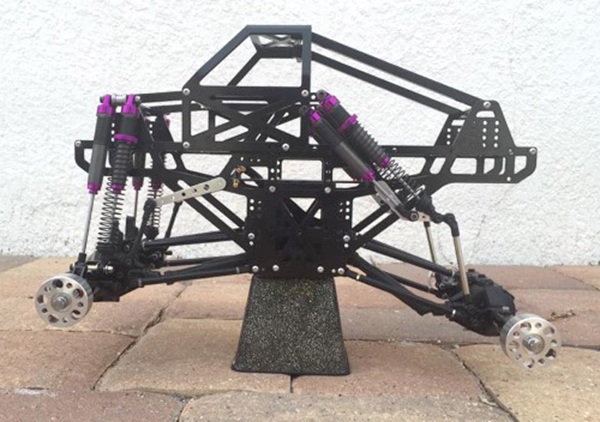 I’m friends (whether he likes it or not) with Bari Musawwir driver of the Zombie monster truck. He is big time into RC and has been preparing a bunch of new solid axle monster trucks for his upcoming 4 Link Nationals race. Some of the stuff that he has come up with is pretty cool and seeing the trucks that he is working on has influenced me to build another scale solid axle truck. Take a look at this rig; that is a pretty unique rear shock setup. 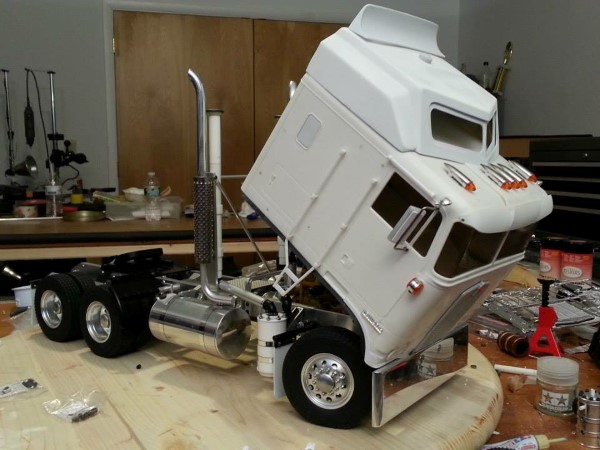 I have never been a fan of cab over trucks but this guy from Model Magic Studios on Facebook is building a very detailed project that has just blown me away. There are a lot of custom touches that make this trucks stand out from others that I see from time to time. This is a picture of the truck in the mock up stage and he is now working on the finish work. I can’t wait to see it when it’s finished. 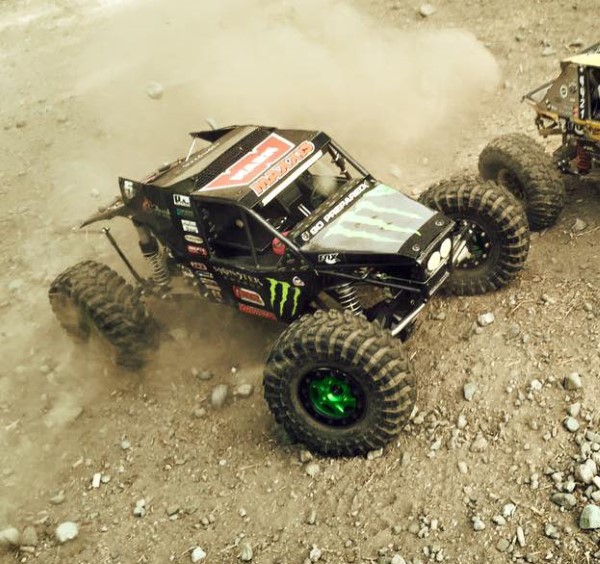 Axial Racing just wrapped up its annual Axialfest event and there were a lot of awesome trucks being posted over the weekend of the event. The one rig that caught my eye was this Monster Energy rock racer replica that was built by Scott Fluker. I hope it runs as good as it looks! 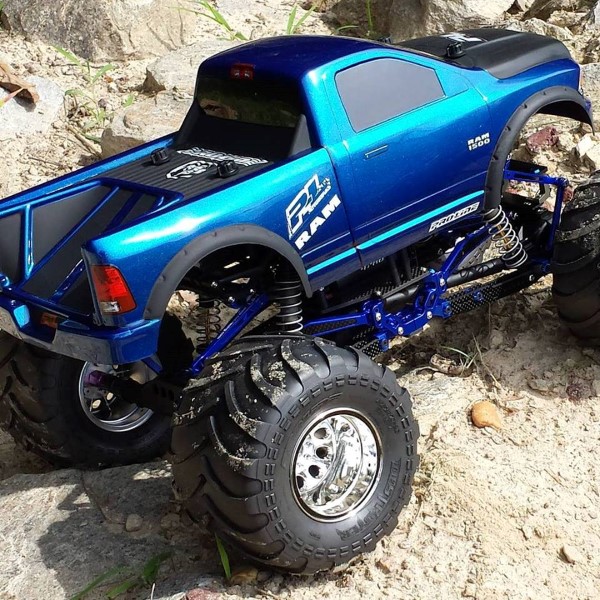 A while back I built a monster truck using an Axial Yeti as a base and it looks like Aaron Arndt decided to build one of his own. I really love the look of the truck and it has inspired me to make a few changes to my rig. The blue anodizing and carbon fiber of the Hot Racing parts really stand out and I like the use of the Pro-Line Dodge RAM body. It’s designed for use on trail trucks but it looks right at home on top of those Pro-Line Destroyer tires.

There you have it. Five trucks that have inspired me to work on a few sick builds of my own. Have they inspired you? Now I just have to find the time to make my new projects happen!