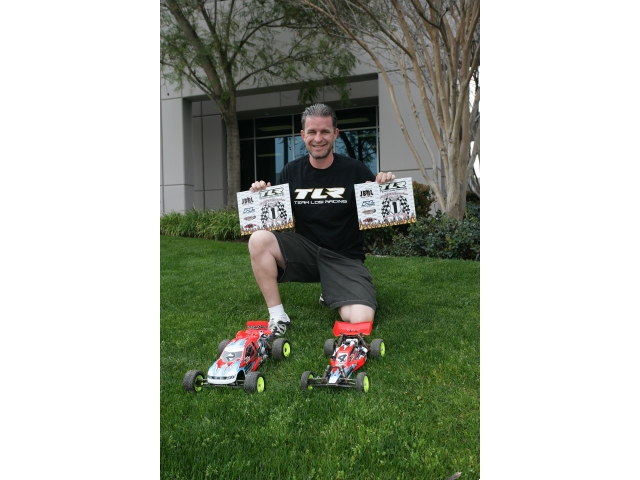 This past weekend Southern California racers gathered at Hot Rod Hobbies for the first round of the 2011 JBRL Electric Series. As always, round 1 has a large turnout and this year was no different with 280 entries spread throughout the various classes. With TLR being the headline sponsor for this year’s series, many local team drivers were in attendance.

In the Sportsman mains Whisler took advantage of both his TQ positions and completed the sweep of both classes. To take the wins, Whisler used Xcelorin ESC’s and batteries, the Spektrum DX3R, and Losi tires in his TLR vehicles.