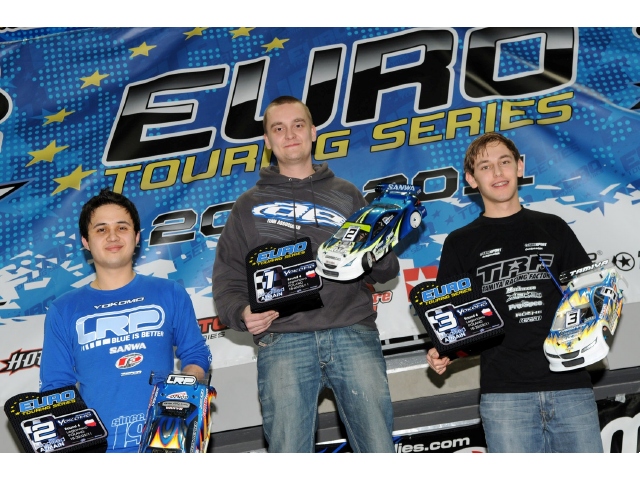 The 2010/2011 European Touring Series (ETS) visited Legionowo, Poland for Round 4 of what has become the world’s premier touring car series. Reedy factory driver Juho Levanen was on hand to battle head-to-head against the world’s best drivers.

During practice, Juho quickly established himself as one of the favorites due to the quick pace of his Reedy powered TC6 around the challenging circuit. Continual setup changes during qualifying were rewarded with the fastest time in the last round which placed the Finn second on the grid heading into the Final.

With momentum on his side, Juho got off the line behind polesitter Ronald Volker and the two gapped the field. The two were nose-to-tail until the second to last lap when Levanen managed to power inside Volker at the end of the straight and cruise to victory in Leg 1.

Leg 2 saw Volker win convincingly and set up a showdown between the two in Leg 3. If either driver could win this leg, they would be sipping champagne on the top step of the podium. The other would be stuck with the leftovers and imagining what could have been.

A clean start in leg 3 allowed both drivers to again pull away from the rest of the field and settle things among themselves. Juho made a clean pass on the straight and into the lead where he opened up a manageable gap which he never relinquished. The win was impressive by itself but it also propelled Juho into second place in the points standing with two races remaining. 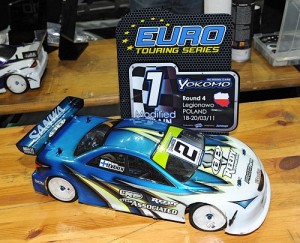