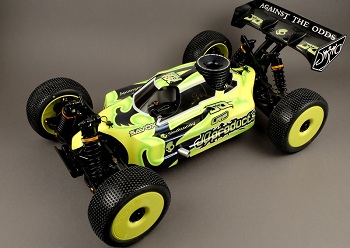 JQ Products has announced that they have updated THECar with new features like a narrower, symmetrical and more flexible chassis, new sideguards and bodyshell, and improved smoother shocks, with soft bladders and CNC shock caps. Check out these features and more in the press release below:

It’s that time again, time to release something new. At a first glance, it may not look like much has changed, but due to the fact that most things have actually changed, since the initial release, we decided that the best way to move forward was to release a new car. It will ship worldwide in May!

If you like this article, check out this additional article on JQ Products.