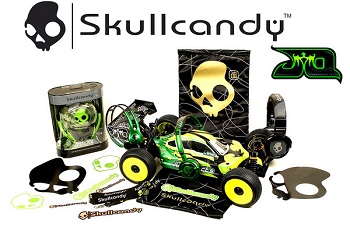 JQ Products is excited to announce Skullcandy as THE team’s title sponsor for the 2012 season. We at JQ Products feel that Skullcandy is a perfect fit for our team’s first non-RC Industry title sponsor. Skullcandy was founded only 9 years ago by a snowboarder, and started off in a basement, much like JQ Products starting out life in a couple of RC-Racers’ respective bedrooms.

Guerilla marketing, clever branding along with the coolest headphones out there have made Skullcandy the second biggest seller of headphones in the USA, trailing only Sony. JQ Products just found their soundtrack!

Erik Motelay of Skullcandy Finland had this to say, “Their true passion combined with innovativeness and dedication for their core business is what separates companies like JQ and Skullcandy from the pack. We are glad to welcome JQ’s team”. 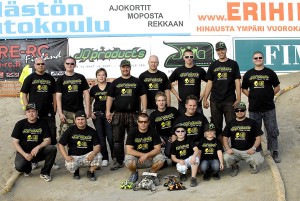