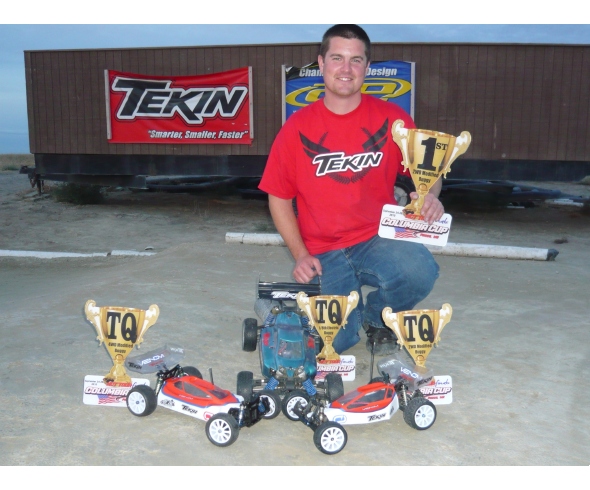 The last round was the Columbia Cup NCT Finals held in Pasco, WA. Jesse ended up racing 4 classes and TQ’d Mod 2wd, Mod 4wd and Electric 1/8th scale. A win in 2wd and a 3rd place in 4wd finish locked up his championships. Jesse also finished 3rd in Short Course and 3rd in Electric 1/8th scale after his battery dumped going into the last lap. Jesse used a variety of tires thoughout the series in both 2wd and 4wd. Round 1 was Goosebumps, Round 2 was Double Dees, Round 3 Goosebumps again, Round 4 was Flipouts and the last round was Barcodes – Blue in 2wd and Gold in 4wd.

Congratulations to Jesse for his wins and overall victory in this series.