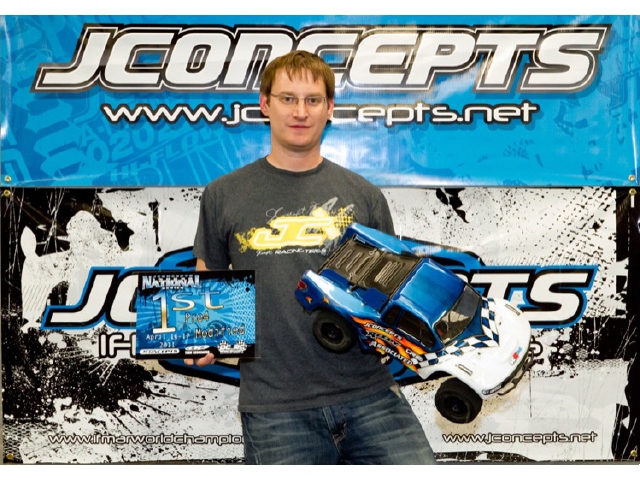 Round 2 of the JConcepts Indoor National Series kicked off at OCRC raceway in Huntington Beach, CA. The renowned indoor facility was topped off with a fresh new layout and grippy surface for this special event. Race director Nick Black kept the program running smooth all weekend while running 3 rounds of qualifying on Saturday and main events on Sunday.

JConcepts drivers Jason Ruona and Steven Hartson took 3 TQs on Saturday and were the favorites leading into the main events on Sunday. Ruona held the coveted pole position in Pro 4 and Hartson held the pole position in 4wd Mod Buggy and 1/8th e-buggy. The 2 speedy JConcepts drivers paced the 6 minute qualifiers with ease but with 10 minute A-mains, the racing was hotly contended throughout.

The Pro 4 main started off as Jason Ruona grabbed a clean start and held a slight lead over Chris Jarosz in 2nd. A mistake by Jarosz moved Colby Poh into second where he pressured Ruona until a mistake dropped Poh several seconds back. Ruona increased the lead and looked more comfortable each lap as his SC10 4×4 truck continued to look looked smooth and consistent. With only several laps to go, Jarosz moved back into 2nd place dropping Colby to 3rd while Ruona stayed out front and just cruised. Leading wire to wire, Ruona was never challenged and took a well deserved win with his brand new SC10 4×4. Chris Jarosz finished in 2nd and Colby Poh in 3rd. Jason chose JConcepts Short Course Double Dees (front) and Bar Codes (rear) tires in gold compound along with Rulux 12mm hex wheels, topped off with the Ford Raptor #0215 body.

The 1/8th E-buggy A-main started as Steven Hartson and Sean Cochran both got an excellent starts with Hartson leading out. After several lead changes it was apparent Cochran was going to make the race very competitive. Steven remained smooth and accelerated his pace as the race went on, pulling away from the field. Crossing the finish line, Steven took a well deserved win followed by Sean Cochran in 2nd. Steven’s RC8B-e was equipped with JConcepts Bar Codes in gold compound, Inverse buggy wheels and Punisher body and wing.

Tanner Denney would be the big winner over the weekend by taking a points lead in the series in the 2wd modified and SCT classes against top competition. Brent Thielke would remain on top in 4wd modified with another great finish.
Photos courtesy – Brent Fiege 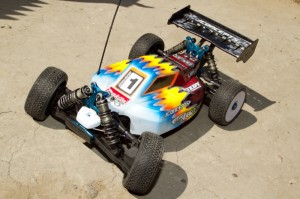 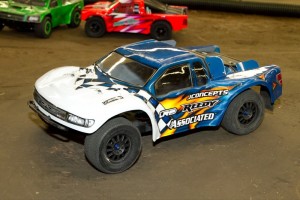