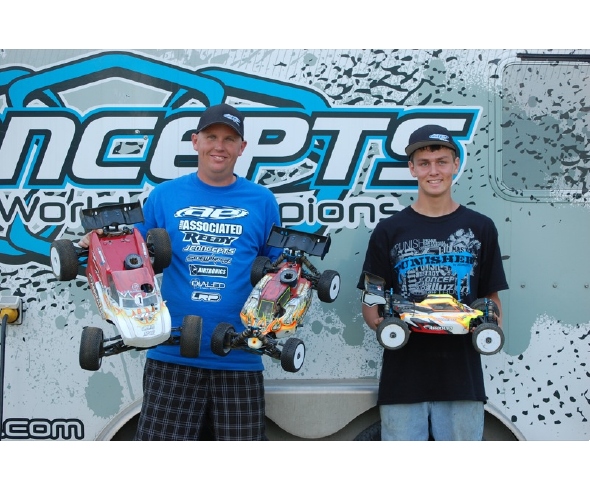 This year’s Florida State Series started off at the historic Lake Park in Lutz, Florida (Tampa). Over one hundred of the fastest racers in Florida, came out to start the quest of being crowned this year’s Florida State Champion. JConcepts Team driver JR Mitch was in attendance and was surely one of the favorites this year. You wouldn’t be able to find better weather or track conditions anywhere in the country. With the hot Florida sun beating down on the track, a black groove quickly formed on the track, with more traction then you could ask for. The track crew at Lake Park threw a few curve balls at the drivers, with some tight off camber turns and a huge table top in front of the drivers stand.

Pro 1/8th scale buggies were first out to hit the track for qualifying on Saturday. JR Mitch looked to be fast in the morning practice, and backed it up by taking the top spot in buggy. JR used JConcepts Crossbows (Blue) to plant his Reedy power to the ground. With the Pro buggy TQ wrapped up and the track getting faster and faster, JR knew he was going to have to have a good run in order to have a good starting spot in Truggy also. Mitch used JConcepts Crosshairs (Blue) to lay down the fastest run of the day in the last qualifier to earn him his second TQ of the day.

1/8th E-buggy is a new addition to the Florida State Off-road Series. Jason Ruona started things off right with a super fast TQ with his RC8B-e buggy. The combination of the Double Dees V2 tire and newly released E-Punisher body were quick all day and especially when the track was warm and grooved up. For the A-main Ruona took an opportunity to run Subcultures in Orange compound to tame the hot and abrasive track for the 12 minute main. With a great start, Ruona pulled out a massive lead after a broken part sidelined Teammate Paul Wynn. Ruona crossed the finished line for another well deserved win.

The last main of the day was Pro 1/8th scale Truggy. Mitch had his Associated RC8T with JConcepts Crosshairs (Blue) tires ready for the long main. With the sun starting to set directly in the eyes of the drivers, everyone was ready to battle it out for 30 minutes. JR would lead the pack of trucks for the first six minutes, until he had a flame out just after pit lane. Once JR’s truck was fired up and back on the track, he found himself in third place behind Ryan Johnson and Ryan Eckert. Johnson would lead through the next set of stops, but then would find trouble on the track with a blown rear diff. Eckert would find himself in first for a short period of time, until he was ran down by the hard charging Mitch. As the seconds ran out on the clock, Mitch found himself free and clear for his second win of the day. 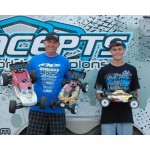 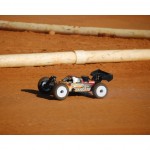 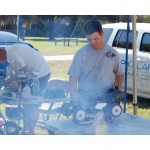 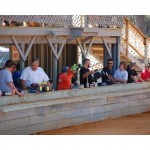 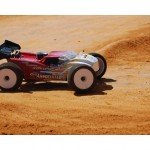 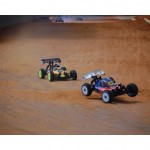 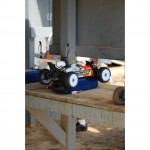 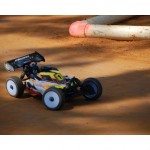 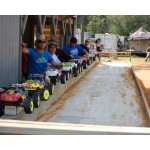 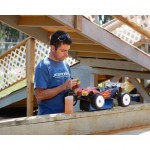 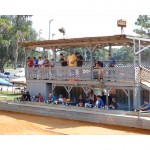 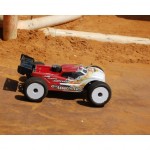 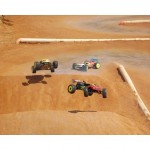 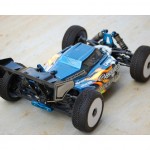 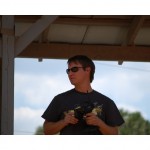 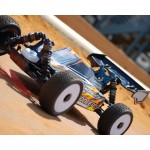 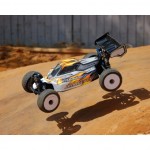 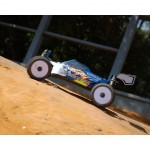