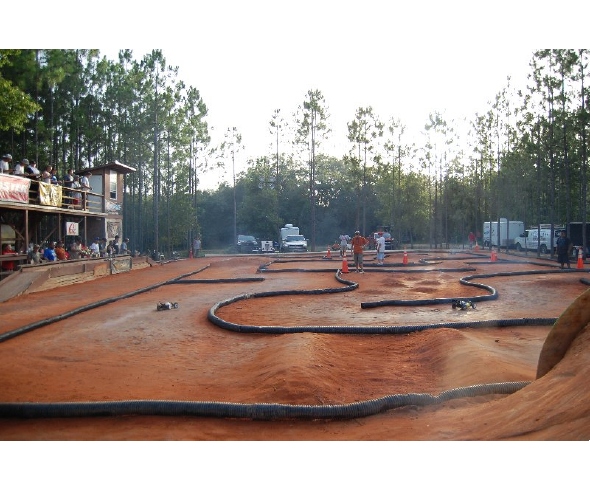 WOW Raceway in Clermont, FL hosted round 4 of the popular R/C Pro Series. With a competitive crowd and packed pit area, Florida racers were once again ready to go, putting in the late hours and heavy wrenching for a shot at Saturday glory. With 100 degree weather throughout the day, all equipment was put to the test.

Taking early TQ in the pro 1/8th buggy class was Serpent ace driver Billy Easton. The first round of qualifying seemed to be smoothest for Billy and JR Mitch, with Billy holding a small advantage in overall time. Jason Ruona put in his best run in round 2, placing him 3rd on the grid.

As the A-main warm-up began it was easy to spot the favorites as JR, Billy, Jason and Ryan Eckert all appeared ready and extremely quick. JR got off to a great start and a mistake by the leader placed him in the lead with incredible breathing room. JR worked his way through traffic with ease with Eckert in 2nd and Ruona 3rd after a poor start.

During the first pit stops, race leader JR Mitch, was in and out smoothly as well as Ryan Eckert. Ruona came in to pit and a flame-out in the pits put him behind the top 2 drivers. Mitch began to check out with a lap on the field. With a flameout by Eckert on the track, Ruona easily grabbed the 2nd position. Half-way through the race the two JConcepts drivers were 1st and 2nd and holding steady while the battle was on for 3rd-10th. With a comfortable lead on the field, Mitch put his JConcepts equipped RC8b into cruise control and crossed the finish line for a well deserved win. Ruona finished in the second position with his JConcepts outfitted RC8b.

Huge thanks to the entire crew from WOW Raceway for the hard work and dedication. The racing surface was outstanding and the hospitality was second to none.