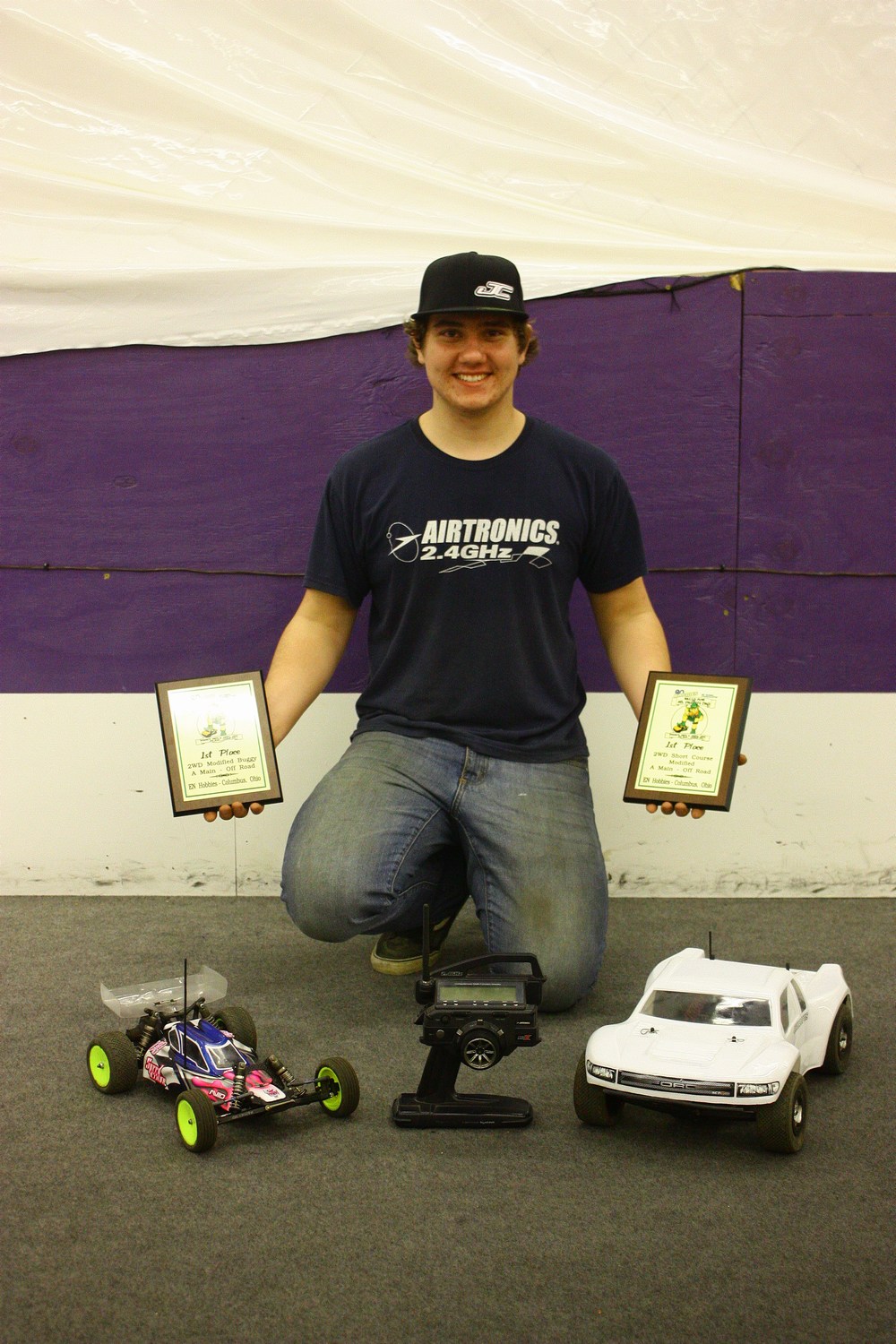 This past weekend JConcepts driver JP Richards attended the first annual Rally for St. Paddy’s held at the new EN Hobbies facility. The race was a big success with over 100 entries in its first year. The two largest classes were Modified Short Course and Modified 2wd Buggy, with many factory drivers running both classes. The race format consisted of three rounds of Rocket Round qualifying, and single A Mains for each class.

This was JP’s second weekend running short course and he showed that he was just as fast with the SC truck as he is with a 2wd buggy. JP started out on JConcepts Green Bar Codes on his truck and was very impressed by the traction and durability of the tire. In round 1 of qualifying JP had a few traffic problems that would slow him down, and keep him from TQ by 2 seconds. Round 2 JP was on a mission beating TQ mark by 10 seconds from the previous round. In round 3 JP was again bettered his TQ again by 2 seconds, and also set the fastest lap at 16.3 seconds. Staying with JConcepts Green Bar Codes in the main, JP started on the pole and lead every lap of the A main. Dustin Richards finished 2nd making it a JConcepts one-two finish.

In Modified 2wd buggy, JP decided on JConcepts Blue Bar Codes V2’s. In round 1 of qualifying, JP showed he was going to be the man to beat by taking the first round TQ by over a lap on the rest of the field. No one would be able to come close to JP’s first round run in either round 2 or 3. Starting out front again JP was able to put a gap on the field, and lead for the first two minutes. A crash would drop JP back to second behind Rob Shaffer. The two drivers would battle for the next two minutes until a bobble from Shaffer would hand the lead back to JP. In the last minute of the race, JP would be able to pull away to a ten second victory. In the closing laps Luke Richards would find his way around Shaffer for second, once again JConcepts would take the top two spots on the podium.