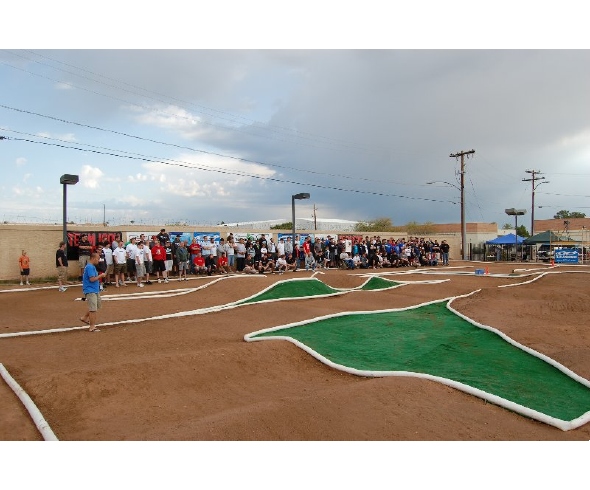 JConcepts once again has a strong showing at the 2010 Cactus Classic.

Kody Numedahl, driving the Associated SC10, dominates Short Course qualifying at the 2010 Cactus Classic with the JConcepts new Double Dees tires. Kody was on rails all weekend while TQ’ing in 2 of the 4 round of qualifying and finishing 2nd in the A-main. The 15 minute A-main on the abrasive track was no problem as the long lasting Double Dees went the distance. Kody’s truck was topped off with a JConcepts SC10 Truth body and his wheel of choice was the black Rulux wheels. 7 of the 10 trucks in the A-main were running JConcepts Double Dees tires and accessories.

Local ace driver Tanner Denney took TQ and won the 10.5 4wd class with his B44 running the JConcepts Bar Codes in orange compound. Tanner completed his JConcepts assortment of product with a B44 Hi-Flow body and 6.5” wing. In this extended 15 minute main Tanner showed the durability of the orange compound is up to the task for the abrasive hot Arizona surface.

Jeremy Fellas TQ’ed and won the stock buggy and truck classes utilizing the JConcepts Bar Codes in orange compound. Jeremy, a very experienced driver in the southern California area and West Coast R/C driver, had competition all weekend but in the end was too much for the competition. Jeremy’s silver bullet bodied vehicles were decked out with JConcepts tires and accessories all weekend.

In the modified classes JConcepts driver Ryan Maifield was on fire all weekend in qualifying and main events. Narrowly missing TQ in the modified truck and 4wd classes Ryan started second on the grid. A failure in mod truck A-1 put him behind the curve but finished 2nd in A-2 and took home the win in A-3 to give him 2nd overall. Bar Codes in orange compound were the # 1 choice for Maifield and other A-main drivers throughout qualifying and main events. Jared Tebo who took home the overall championship in modified truck took first place in A-1 with JConcepts Bar Codes in blue compound.

Things started off poorly for Ryan in A-1 of 4wd as a mechanical problem side-lined him for most of the race. In A-2 he raced nearly 4 feet behind Ryan Cavalieri for the entire race looking for a pass but would again settle for 2nd. A-3 belonged to Maifield as his driving and set-up came together and walked away with a big win in the last main securing 2nd overall. Bar Codes in orange compound owned A-3. Lee Martin and Steven Hartson also on Bar Codes throughout the weekend qualified in the A-main with respectable finishes in all 3 A-mains.

Some unfortunate qualifying runs placed Maifield 5th on the grid in the 2wd modified class. However, it would not be long until he found himself in contention running in 4th in A-1. A brilliant pass at the end of the straight-away put Ryan in 3rd place with just a few laps to go. In A-2 he again found himself in 3rd place. Cavalieri would take the win in A-2 and the overall championship setting up a showdown between Maifield and Tebo for 2nd and 3rd place in the overall. A-2 started with Tebo getting a great start but soon Maifield would be hot on the heals of the leaders and sticking the car inside once or twice looking for a pass. Tebo made a mistake on the roller coaster section putting Maifield in the lead which he would hold the rest of the race. After the tie-break in points Tebo was awarded 2nd and Maifield 3rd.

The 2010 Cactus Classic was an overall great weekend for JConcepts. An introduction of new products proved to be successful in the SCT class with TQ and 2nd place. Ryan Maifield and the rest of the JConcepts team continued with success by taking superior finishes in the 1/10th buggy, 4wd and truck classes with Bar Codes and other JConcepts accessories.