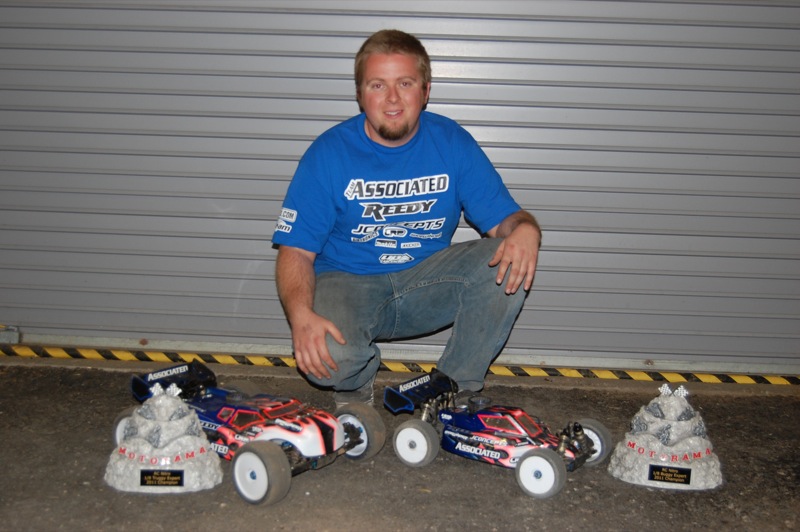 Harrisburg, Pennsylvania provided the setting for what has become one of the largest combined nitro and electric events in the country. 470 entries made up an incredible field of nitro participants while 415 entries powered the electric portion of 2011 Motorama. With the size of the Pennsylvania Show Complex, two separate tracks were built and maintained and with a constant flow of spectators, R/C was once again front and center for muchneeded exposure to the general public.

Sunday started with JConcepts / Mugen driver Barry Pettit bumping up an amazing 8-times on his way to the A-main in the Expert 1/8th buggy class. Barry’s Mugen MBX-6 was decked out with JConcepts Punisher body, Subcultures tires in green compound and Mono racing wheels. An amazing accomplishment in brutal conditions showed the performance, reliability and durability of the popular combination for the Mugen buggy.

As the bump-ups finished, JConcepts / Team Associated driver Ryan Maifield was poised and ready for the Expert 1/8th Truck and Buggy A-mains. Ryan got right to it in the 1/8th truck main by jumping into the lead after a small battle with a quick Billy Easton. Pulling a 15 second lead early into the race, Maifield’s RC8TCE was on rails; a quick and efficient pit crew courtesy of Jon Faulkner and Brent Thielke had Ryan in perfect position coming in and out of the pits. With a comfortable lead, Ryan put the speedy truggy into cruise control as he crossed the finishing line for another big win in 2011. Ryan’s truck was outfitted with JConcepts Punisher body, Subcultures in blue compound, Elevated wheels and Illuzion HD rear wing. A total of 5 JConcepts drivers raced in the A-main taking 4th (JR Mitch), 8th (Jason Smith), 9th (Jamie Grayek) and 11th (Tim Smith).

The 1/8th buggy A-main proved to be hard-fought and after the deteriorating track conditions took their toll on many drivers and their equipment only the strong would survive. Ryan Maifield again jumped out front and pushed his buggy early taking as much as a 9 second lead. After a few small mistakes by Ryan, Taylor Peterson would join the battle for the lead looking strong for several minutes providing the pressure for an exciting race and finish. Just as the 2 drivers started to break away from the field an unfortunate problem for Peterson gave Maifield a huge lead. Putting the finishing touches on the race, Maifield had the JConcepts equipped RC8b on cruise control the last 10 minutes of the race taking the win once again in convincing fashion. Ryan’s buggy was locked in all weekend with JConcepts Punisher body, Hybrid tires in blue compound and Illuzion HD rear wing. A total of 4 JConcepts drivers placed in the A-main finishing 4th (JR Mitch), 12th (Brandon Melton) and 14th (Barry “bump-up master” Pettit).

As everyone expected the competition was hot and heavy on the electric side and with changing track conditions, late nights and 10 minute A-mains, the stage was set for an epic Sunday showdown. The mains got started with the 2wd 17.5 buggy A-main and TQ Rob Destefano took the early lead. Rob’s Kyosho RB5 looked very smooth and consistent in the opening few laps of the 10 minute main. Rob made a small mistake which allowed Barry Goodwin to take the lead with his B4.1 buggy. Barry did not relinquish the lead and opened up a several second lead. Taking extra caution, Barry singled the difficult jumps and left extra room in the turns; Barry crossed with the first big win of the day. Rounding out the top 3 Rob Destefano finished 2nd and Bobby Baker in 3rd. JConcepts Bar Codes V2 tires in green compound were the tire of choice on Barry’s winning B4.1 buggy.

2wd modified and modified SCT were owned by Ryan Cavalieri, Dustin Evans, Chad Due and Rob Betts during qualifying. TQ Ryan Cavalieri would use his starting position in both A-mains to secure a great start with Evans, Due and Betts each taking a shot at the former IFMAR World Champion. In the end it was the Cavalieri consistency which again paid off, earning him the 2wd and Short Course A-main victories. JConcepts drivers were well represented in the SCT A-main taking 3rd and hot-lap (Chad Due), 4th (Rob Betts), 5th (Jason Ruona), 6th (Mikey Wilder), 8th (Vincent Nocella) and 9th (Andy Castellini). 2wd buggy had much the same representation, taking 3rd and hot-lap (Chad Due), 4th (Mike Gay), 5th (Jason Ruona), 6th (Brent Thielke), 7th (Rob Betts), 8th (Paul Sinclair) and 9th (Mike Wilder). Bar Code V2 in green compound were the popular rear tire option while Bar Code in blue compound was the front tire of choice by the team.

The modified truck A-main took the grid with TQ Brent Thielke blasting out front. A few slight bobbles by Thielke put him behind early with Kyle Hollinger taking the lead on lap-one with Thielke playing catch-up. It wasn’t long before Thielke was back into the lead turning low 20 second laps and dipping into the 19 second range. Flexing the muscle of the JConcepts equipped T4.1, Brent began his push and widened the gap by a considerable margin. Finishing off the 10 minute main, Brent had found his groove and took home the win followed by JConcepts / X-Factory driver Paul Sinclair in 2nd and Justin Lopes in 3rd. Brent’s T4.1 was topped off with a JConcepts Punisher body and Bar Codes tires all the way around.

Drivers turned their attention to the fastest vehicles on the track the 4wd modified buggy class. A first-lap crash by Cavalieri allowed Chad Due and Brent Thielke to take the top 2 spots very early in the race. A small mistake by Due put Thielke solidly into the lead and he pushed his JConcepts equipped B44.1 buggy to the limit creating a large gap to second place. With a mistake free run in the works, Thielke was out front while Jason Ruona made a small run pulling into 2nd place while battling with Dustin Evans. Ruona put a small dent into the lead but it was Evans and Cavalieri who were making up a lot of time and closing in on Ruona in the 2nd position. Ruona and Cavalieri battled for several laps allowing Brent the cushion he needed as he was pacing himself to the finish. Cavalieri made a nice pass on Ruona and set his sights on Thielke who was driving flawlessly out front. Although seriously under pressure, Thielke would not fold and it was Brent’s opportunity to be the Punisher as he outlasted the amazing last-lap drive by famed driver Ryan Cavalieri at the finish line
taking the win by the slimmest of margins.

With over 30,000 of the general public walking through the complex over the weekend, exposure for RC racing was at an all-time high. JConcepts would like to thank the entire Motorama staff, Scotty Ernst Productions, The Hidden Hanger and all the racers and spectators who made the event a success. 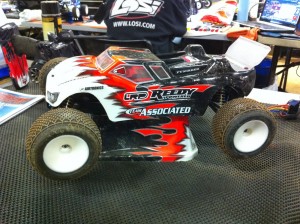 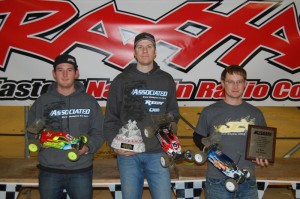 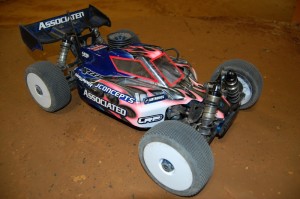 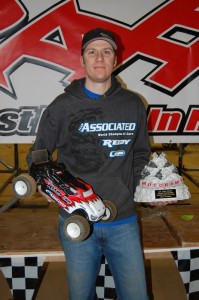 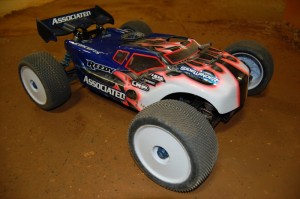 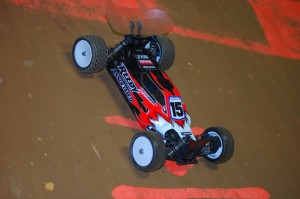 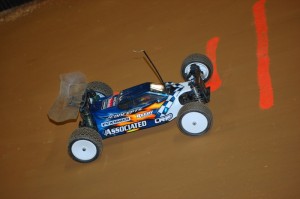 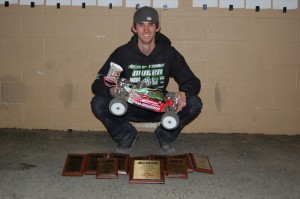