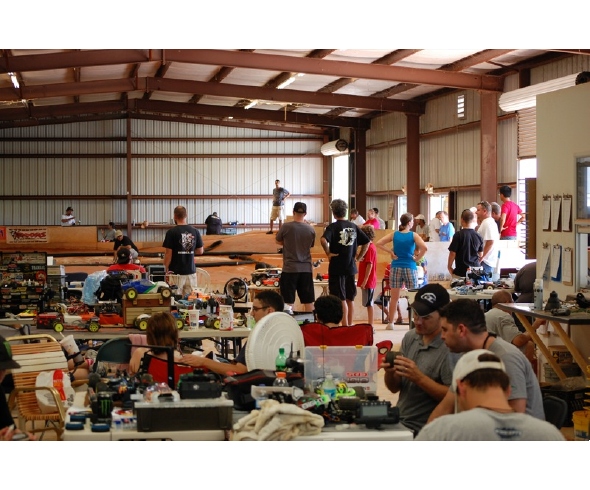 It was hard to find a pit spot anywhere for Round 1 of the fall session of the Super Cup Series. 157 entries came out to support what has been a dynamic 2010 series and with a visit to Treasure Coast Speedway in Port St. Lucie Florida all racers were eager to show up to race at one of Florida’s finest Indoor tracks. Friday afternoon racers began to fill the building and practice began. The groove started to set-in toward the end of the day which meant the JC Bar Codes were the hot tire.

Friday evening several racers spent the night wrenching and getting their vehicles ready for Saturday morning while others visited the near-by bowling alley for additional competition and miscellaneous story telling. Wrenching and a good night’s sleep will go a long way.

Saturday morning things began with the new / old vintage class. Joe Sumasky, Josh Harris, Jeremy Harris, Ruffy Rios, Tim Kowal and Jeff Harris all made the first ever vintage Super Cup race exciting and memorable. Joe Sumasky took the win with Josh and Jeremy Harris finishing 2nd and 3rd. With Josh taking the TQ, the points should be tight all season between the leaders.

Stock buggy was the largest and one of the most competitive classes all weekend. Again it was Joe Sumasky coming out in front in qualifying but Mike Applegate was right there in the 2nd qualifying position. During the main event it was a fantastic race with Mike Applegate coming out on top by about 1 car length over Sumasky. Charles Parsons finished in 3rd, Scott Shearer in 4th and Jader Lopez in 5th.

Modified 2wd buggy was all JR Mitch in qualifying. After a lengthy 2wd retirement JR was prepped and ready with a brand new B4.1 and it showed in the second round of qualifying with a blistering run. Qualifying 2nd was Paul Wynn with Jason Ruona in 3rd. In the main event JR got a clean start and worked through traffic with patience. A mistake by Paul Wynn in the first few corners meant that Paul was playing catch-up along with Ruona. After a few laps to settle in Ruona made a move into second, with a slight charge there was briefly a challenge for the lead however it was not enough as JR held on at the finish line for a well deserved victory. Jason Ruona finished in the 2nd position with Paul Wynn in 3rd. The top 3 finishers were all riding on Bar Codes in blue compound topped off with an Illuzion Hi-Flow body and 6.5” rear wing.

Stock truck was on fire and heavily competitive all day. TQ Mike Applegate had his Losi XXX-TCR sitting on the pole position and looked poised for another victory. Super painter Roly Cuisine had other plans. With his X-Factory X-60, Roly made short work out of the start and took a commanding lead. Daimon Borkowicz was hot on the heals of victory but couldn’t stay completely clean which allowed “Double Dee” Dave Duncan to squeak by and into 2nd. Finishing order was Roly Cuisine 1st, Dave Duncan in 2nd and Daimon Borkowicz 3rd.

Zack Genova, the modified truck king of the last 2 Super Cup races was sitting out front in TQ position. Speedy Josh Harris qualified 2nd but was unable to race the main which meant smooth sailing for Zack. Dan Borkowicz in a Florida farewell run took 2nd with Chris “Fro” Mahlschnee rounding out the top 3. Zack Genova’s T4.1 was riding on Bar Codes all weekend and proved to be the best combination of forward-bite and side-bite in the modified class. Can some-one step-up to challenge Zack in Race 2?

Pro 2 stock was a relative quiet class in the Spring Session but things are beginning to heat-up once again for Fall. Charles Parsons was the class of the field all weekend in Pro 2 stock and with a 3rd place in the 2wd stock class; it didn’t take long for Charles to grab the lead in Pro 2 stock and check-out on the rest of the field. Mark Valeo, fresh off a trip to the ROAR off-road nationals finished in 2nd with Mike ******* in 3rd. Watch for Pro 2 SCT to heat-up dramatically in the Fall Session.

Pro 4 Modified trucks are all about noise with a little beating and banging on the side. With another TQ, Pro 4 continues to be the class for Felix Law and the Slash 4×4. Starting on pole position Felix checked out at the start. Able to jump all the jumps with ease and a controllable style in the difficult turns Felix took a well deserved win. Hector Santana finished in 2nd with Orlando Camacho finishing in 3rd. Felix’s truck was equipped all day long with Bar Codes front and rear tires, Raptor body and Tense wheels.

The fastest vehicles on the track, the 4wd modified guys took the track for the A-main. A very popular class on the series, the 4wd modified guys are all business. Nobody was more business like all day than JR Mitch while taking the sought-after TQ. JR got a clean start but near the moguls made a small mistake and Ruona took the lead. On lap 2, a mistake by Ruona, near the back straight-away, gave the lead back to Mitch. Mitch stretched the lead while Paul Wynn and Ruona battled for 2nd. Finishing in 1st was JR Mitch with Paul Wynn in 2nd and Jason Ruona 3rd. JR’s B44 was riding on Bar Codes all weekend along with the all new Punisher B44 body.

In the last race of the day Pro 2 Modified was on the track and the grid was set. JR once again jumped to a huge lead with Felix Law in 2nd and Mike Applegate 3rd. The closest battle on the track was between 4th, 5th and 6th as the top 3 leaders distanced themselves from one another. In the end it was JR’s day with a big victory in the Short Course class to finish a brilliant day of driving. Finishing in 2nd was Felix Law with Mike Applegate rounding out the top 3. JR was running JConcepts Bar Codes on his SC10 all weekend, topped off with a Raptor body and Rulux wheels.

A huge thank you goes out to Treasure Coast Speedway, their crew and especially Chris “Fro” Mahlschnee for a great track, surface and atmosphere. 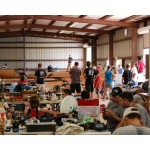 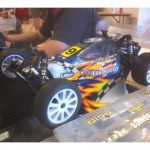 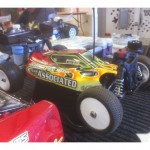 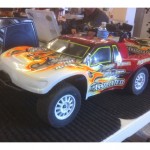 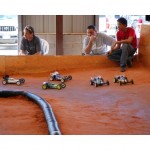 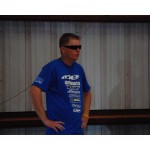 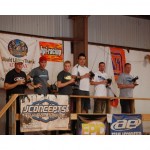 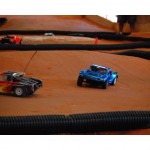 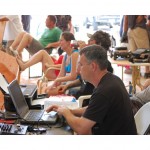