From JConcepts:
To deliver a quick attack, look no further than the Strike 2 body for the RC8B3e. The hottest new 1/8th buggy has captured the market with performance and reliability that deserves an equally striking body. The Strike 2 body samples elements from its famous relatives the Finnisher and Silencer bodies but packs a slightly refined image. Used in prototype form by Spencer Rivkin during the 2016 ROAR Fuel Off-Road Nationals, the Strike 2 was victorious the first event out.

The base enhancements to the design come from the added “finger” channeling on the front-pod increasing mid-corner steering while a complete wicker section was added on the rear-pod to further plant the rear of the vehicle. The initial impression was the silky smooth and balanced aero characteristics which helped culminate into a ROAR National Championship. It all finishes with a drop-fit design which wraps the B3e’s chassis layout like a glove.

The offset of the race proven shell provides a compact fit for battery, motor and wiring assembly which drivers fully appreciate after a complete trim and paint. On the battery side, JConcepts has added a scoop which can be trimmed to release some hot air from the body. In addition, many pre-determined trim-lines have been added to allow extra flow behind the cab and also ream-able holes directly on the front of the side-pods to allow air straight into the body.

The heavy channeling on the front windshield and upper cab keeps the Strike 2 aligned at high-speed while the side-pods have multiple hard-edge angles that spill off neatly into 90 degree side-panels. Just behind the cab, a large stabilizing fin and a sleek up-rising flows from the body like running water. The clear body set includes window templates, decal sheet and is backed by JConcepts customer support and racing team lineage. Inflict a direct hit to the competition; go with the Strike 2 body by JConcepts – World Proven Innovation and Design. 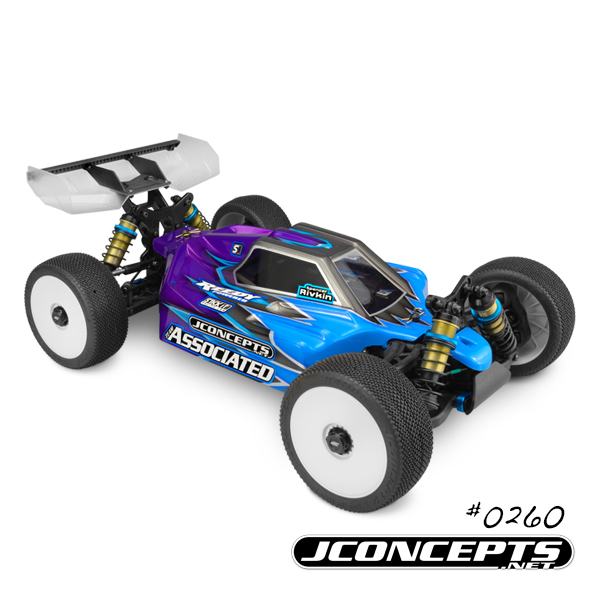 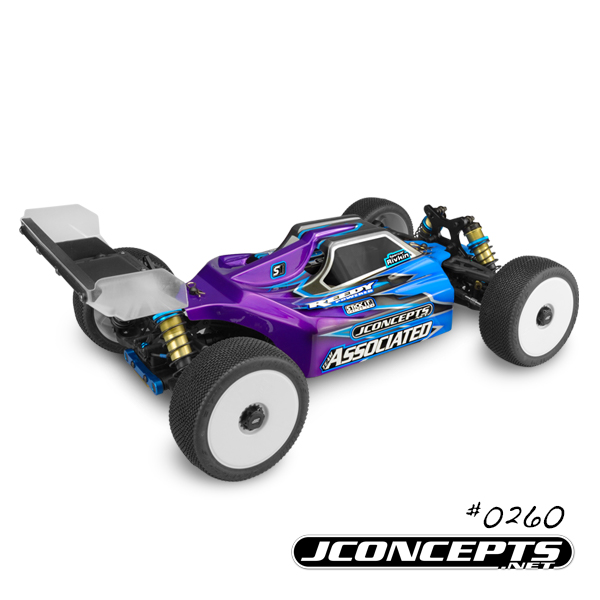 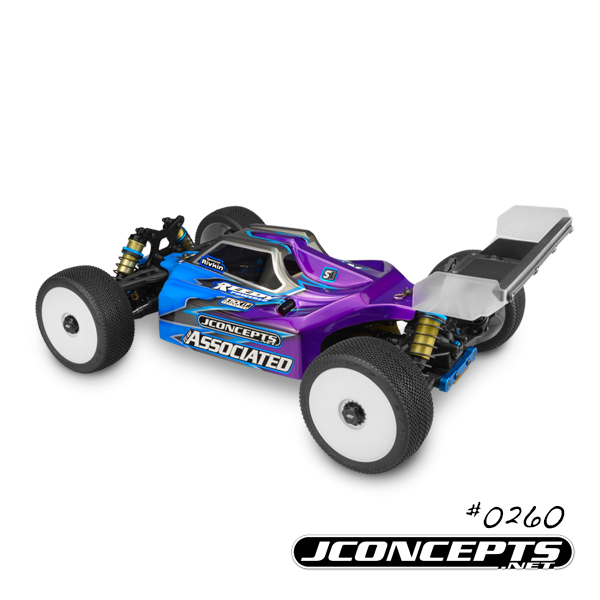 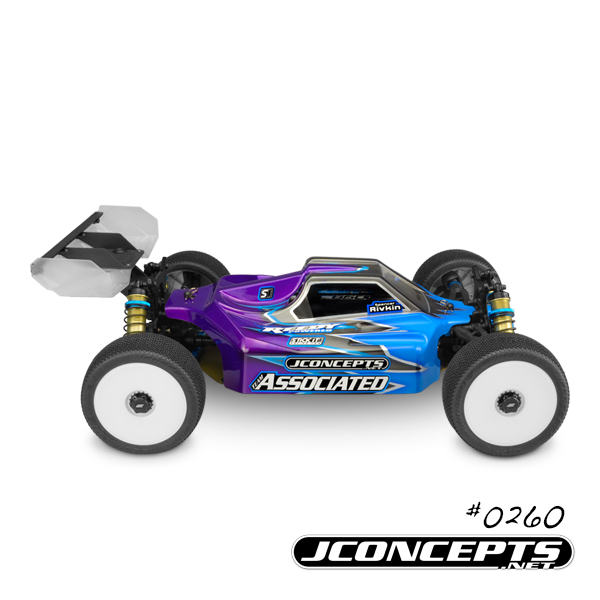