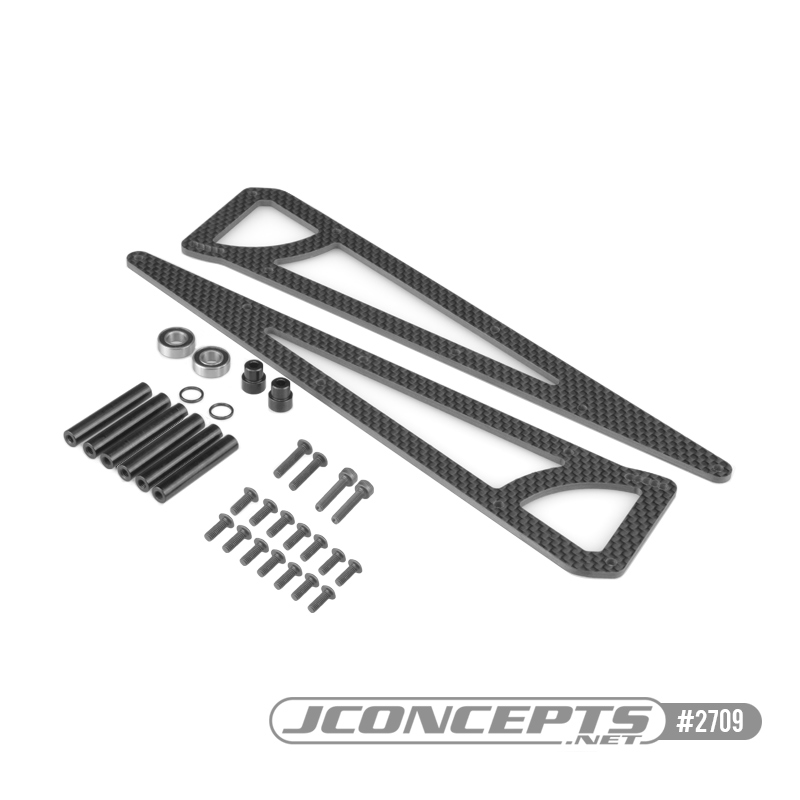 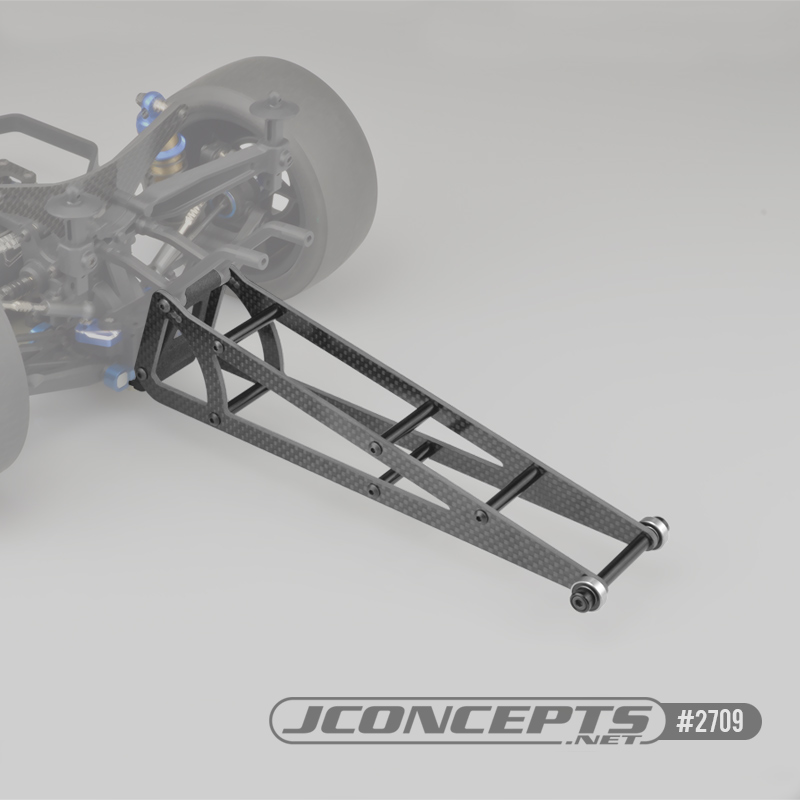 JConcepts is on top of the Street Eliminator game by offering a wheelie bar kit for the Team Associated SC6.1. This item can be used on an SC6.1 as the intended SCT truck or how we have used it, converted to Street Eliminator vehicle. The wheelie bar kit contains carbon fiber rails, aluminum stand-offs, bearing holder and inner race support along with rubber sealed bearings and steel 3mm hardware. 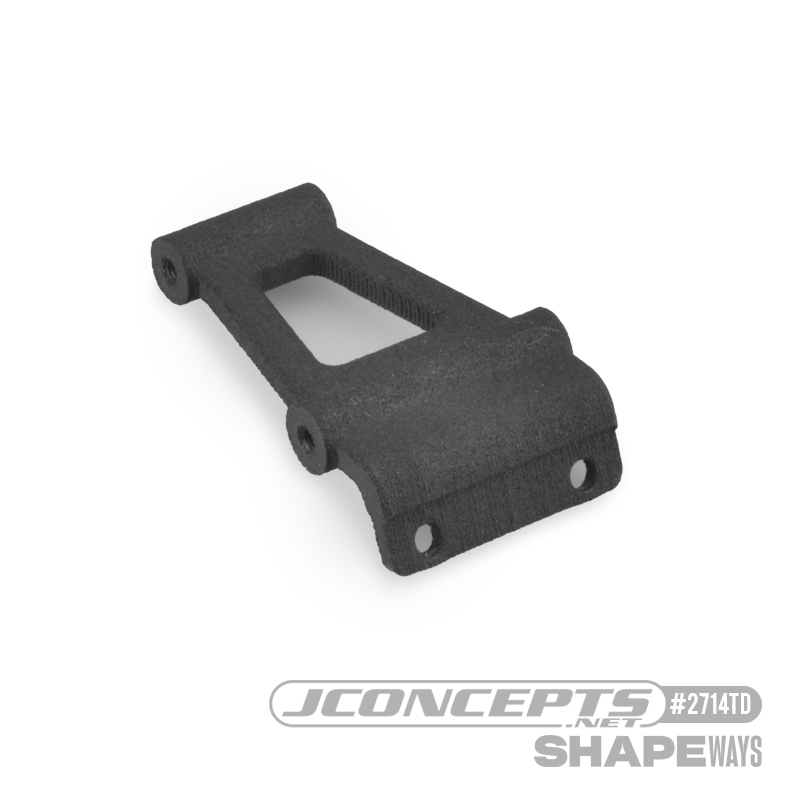 This assembly has been designed to work with a 3D printed part available separately from our Shapeways Store. The bulkhead skid (2714TD) for the wheelie bar is necessary to use existing SC6.1 parts along with the wheelie bar conversion parts to compete the assembly. The JConcepts item replaces the AE 71125 which is part of the rear bumper assembly on the SC6.1. To learn more about the JConcepts Street Eliminator build for the SC6.1, please visit the JConcepts Garage.

Remove the AE rear skid and replace it with the JConcepts (Shapeways) bulkhead skid, it’s no longer necessary to use the rear lower bumper brace or rear SC6.1 bumper. From there, it’s necessary to build up the wheelie bar by assembling 5 aluminum tubes to the carbon fiber rails using the 3x8mm BHCS. Slide the bearings onto the bearing holders and ready the inner race support for the next assembly.

Now that the wheelie bar is built, attach it to the rear section of the SC6.1 and run the 3x14mm BHCS into each side on the top of the bulkhead skid. Finish the assembly by installing the two 3x8mm BHCS screws into the bottom position on the bulkhead skid. The angle of the wheelie bar can be tuned by changing the top position which alters the height. As standard, we recommend the 2nd hole out which should allow some weight transfer to the rear and minimal wheelie height upon acceleration. 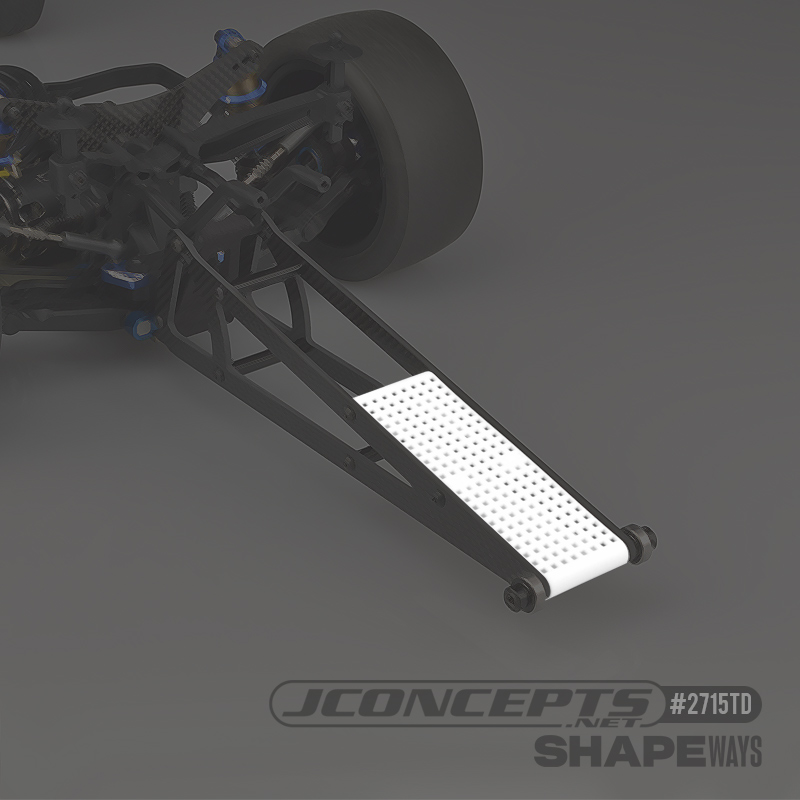 An accessory 3D printed net (2715TD) is additionally offered on the JConcepts Shapeways Store. The net is designed to work with conversion parts and can be purchased in white or black colors to match different builds and creations. 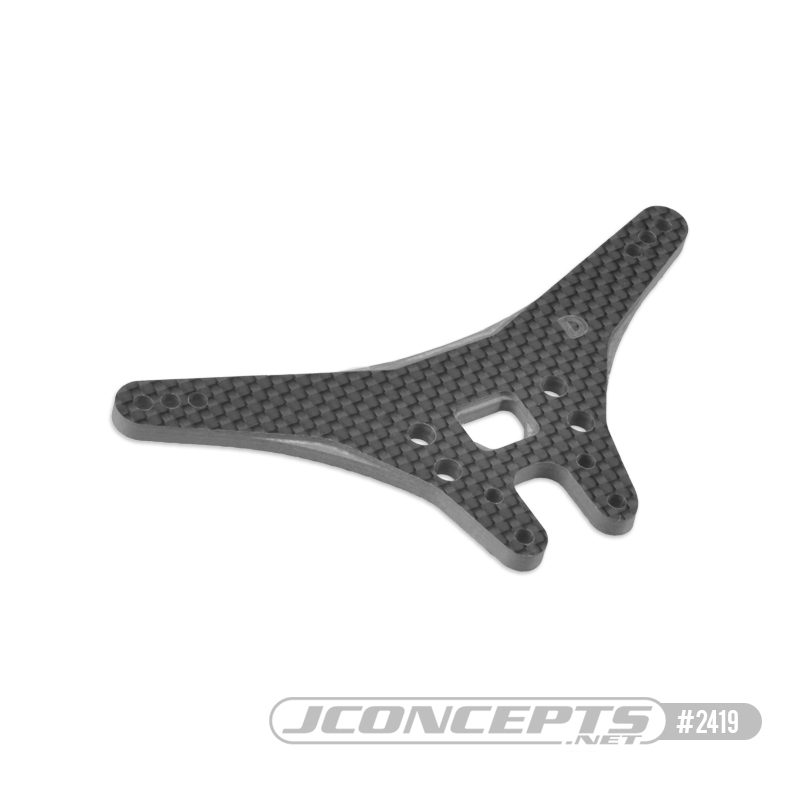 Another item built to Street Eliminator specifications is the drag racing rear shock tower for the SC6.1. This tower is intended to use a shorter shock providing less travel more suitable to drag racing conditions. The “D” rear tower replaces the standard AE or SCT tower and brings the rear suspension into a racier stance utilizing a stand-up shock mounting geometry for a harder compression rate.

In order to setup your SC6.1 to make it a Street Eliminator machine, it’s necessary to make changes. First, check our build located on the JConcepts Garage showing the detail and parts used throughout. The JConcepts racer has been built using B6 front and rear arms as well as turnbuckles which bolt directly to the SC6.1. It’s necessary to run a B6 buggy front shock tower and shocks on the front-end while the rear should also use stadium truck front shocks and the JConcepts #2419 rear tower.